Lwemiyaga contestant Patrick Nkalubo's lawyers have warned that it is irregular to swear in re-elected MP Theodore Ssekikubo (NRM), while his victory is still disputed.

The lawyers led by Esther Tayebwa said the order from the Chief Magistrates Court to degazatte Ssekikubo is still valid.

"Ssekikubo cannot be regarded as an MP-elect. He was degezatted, the procedure to restore him back into the gazetted is very clear," she said.

She said Ssekikubo was degazatted on May 5 and the interim order to stay its execution was issued at 4pm on May 6. 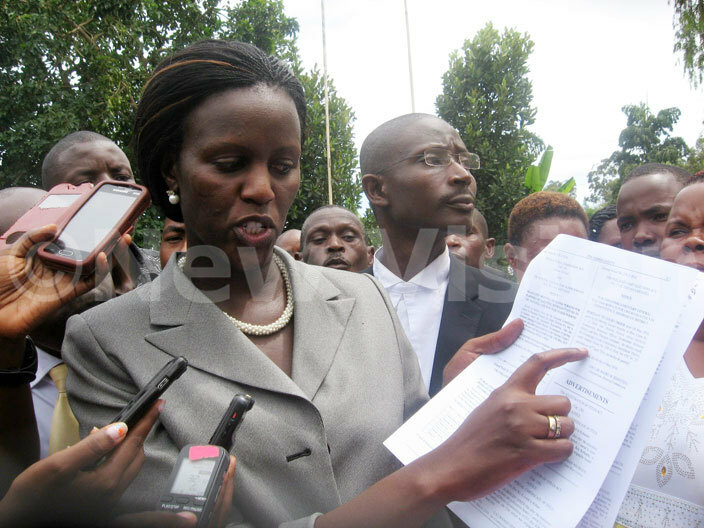 Rwatooro said in the order that execution of degazating order be stayed pending the hearing of the application filed by Ssekikubo in the High Court, which was scheduled for May 13. Hearing of the application was then adjourned until May 20.
The lead counsel for Ssekikubo, Caleb Alaka, said that Ssekikubo was cleared by the High Court interim order that stayed his client's removal from the gazette.
The interim order also stayed the hearing of the on-going vote recount application before the Masaka Chief Magistrate, Samuel Munobe.

The legal team for Ssekikubo had stormed out court in protest when the Chief Magistrate's court started hearing of the application on May 7.

Alaka strongly objected to the decision of the Masaka Chief Magistrates court to proceed with the hearing of the matter on grounds that the trial magistrate, Samuel Munoba, did not have jurisdiction over the matter.

This was after the constitutional court referred the matter to Masaka Chief Magistrate's court for further management.

Earlier, the Masaka Chief Magistrates court had referred the matter to the constitutional court to determine on whether a vote recount could be granted outside the mandatory time.

Alaka also argued that it's only the High Court with powers to determine on whether the EC should degezate Ssekikubo.

In the ruling passed on May 5, Munoba said Ssekikubo was illegally gazetted.  He said the Electoral Commission should apologize for the mess.

Munoba explained that it was in contempt of court for the EC to gazette Ssekikubo against an earlier court order not to do so.