Government has reactivated its emergency preparedness and response systems to handle any eventualities ahead the presidential swearing-in ceremony.

President elect Yoweri Museveni will be sworn-in on Thursday May 12, 2016.

"A joint civil-military coordination system under the office of the Prime Minister has been reactivated to work together to address any emergencies that may arise during this period ranging from accidents and fires," Commissioner for Disaster Preparedness and Management Martin Owor said.

The stakeholders include the Office of the Prime Minister, Uganda Police Force, Uganda People's Defence Forces, Ministry of Health, the Uganda Red Cross Society and St. John Ambulance Services among others.

He said given the magnitude of the event, a good number of responders, equipment, transport, ambulances and other related logistics have been mobilized from the above institutions.

"Emergency response facilities will be stationed in strategic locations with emphasis to Entebbe International Airport, Kololo Ceremonial Grounds and Speke Resort Hotel Munyonyo," Owor said in a statement read for him by his Deputy Rose Nakabugo. 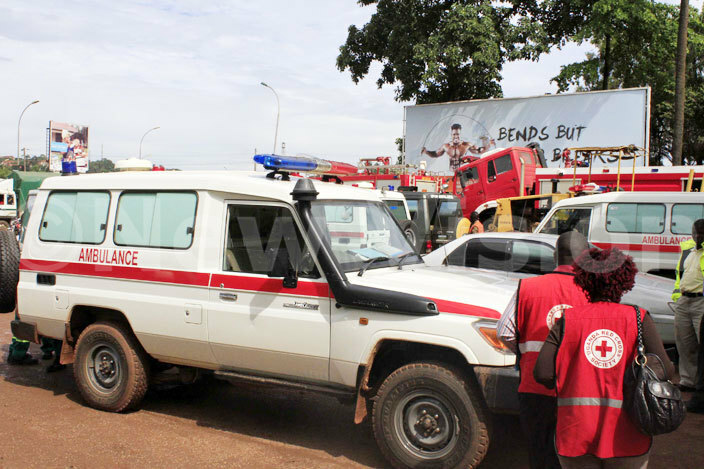 He said all key police stations within Kampala will be beefed up with personnel and requirements as mentioned above.

Owor said under the health ministry, the Uganda National Ambulance Service is fully equipped with relevant paramedics staff and first aid kits will be positioned along major highways and other strategic locations.

He said the emergency responders will be putting on different uniforms according to their respective duties.

"Staff from the office of the prime minister will put on orange, Uganda Police and the UPDF will be in their usual uniforms while paramedics will have blue and green and the Uganda Red Cross Society will in red," Owor said. The Police Fire Brigade Officer, Joseph Mugisha said the emergency preparedness and response systems will be operational 24hours for the next 10 days.

He encouraged the general public to be vigilant and report any eventualities to toll free operational lines which include 0800177777 for the Operations Centre and for Uganda Police while 0800121222 is for the Directorate of Fire Prevention and Rescue Services.

"When you see any of these uniforms, please report any emergency and collaborate with them to help out any affected persons," Mugisga said.

There will be seven tents with many first aiders for those who will be Kololo.