Qwela's crooners kick off the year in style
Next Story

The four-day festival was made of a number of workshops, discussions about the industry's future and performances

A group from the Cultural Arts Centre from Tanzania perform during Doa Doa festival at the National Theatre. Photo by Denis Dibele

The four-day festival was made of a number of workshops, discussions about the industry's future and performances

This 2016 version, like the previous four years, brought a number of artists, groups, organisations and various industry stakeholders on a platform to market their craft and network with counterparts.

The four-day festival was made of a number of workshops, discussions about the industry's future and performances. On social media, it ran under #DOADOA2016.

Unlike the previous festivals that have taken place in Jinja, Eastern Uganda, this one was held in Kampala city center. All the activities took place at designated places namely: National Theatre, Uganda Museum, and Cayenne bar and Restaurant, Bukoto. 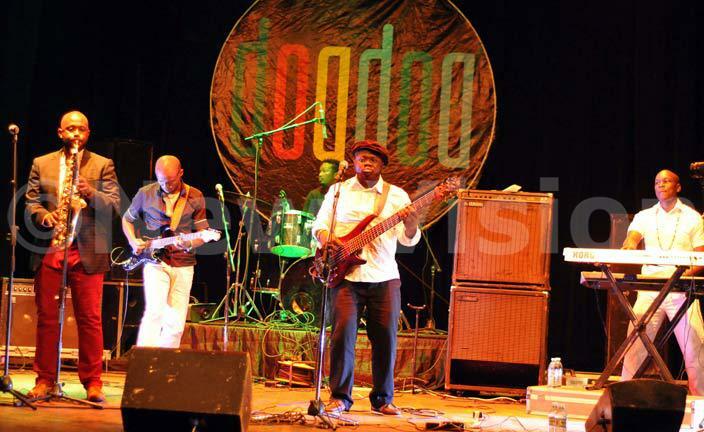 Ricky na Marafiki took on the stage at the Doa Doa festival. Photo by Denis Dibele

From the opening night on Wednesday to the closing night on Saturday night, artists performed to their very best that every individual or group that stepped on stage sent the audience to roars for the effervescent and enthusiastic display of talent.

The opening saw Entegga Drums Music performers treat the audience at National Theatre to traditional culture art with their entegga music, a performance that, back in the days, was only played for Kabaka of Buganda on specific ceremonies.

As their folk songs Mubandusa, Agawulugumya enyaanja, and Ssekanolya, entertained us, they also communicated something for the visitors to talk about not only Baganda's but also African cultures and art.

Grace Matata from Tanzania made her Thursday performance at Cayenne Bar and Restaurant as memorable as the festive itself. She performed songs from her 2013 Nyakata debut album that made her ecstatic audience yearn for more. 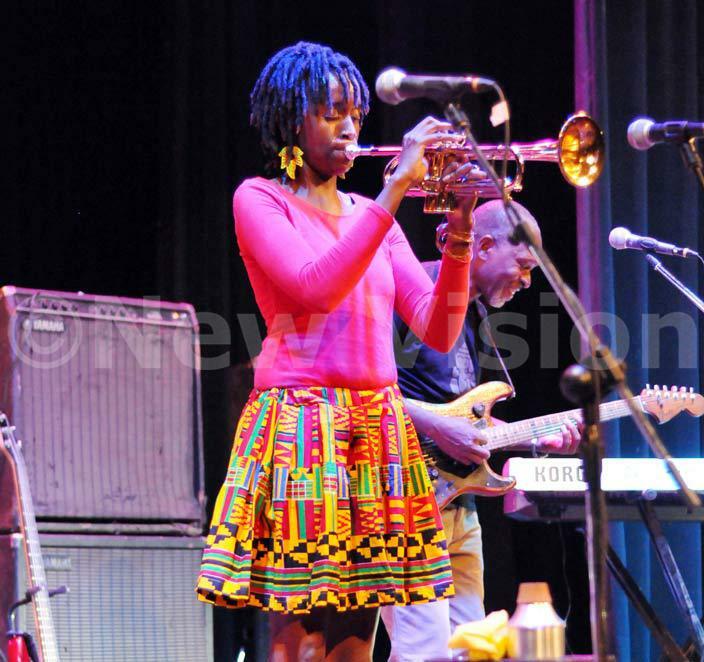 Her music is a unique blend of swahili soul, RnB and Jazz with a special touch of poetry and light heart-warming melodies.

Workshops were on topics including fusing dance theatre and music, promoting music, song writing improving one's craft, and marketing the artist's talent on the international scene.

Other performers that made the festive memorable are: Dbass Ganun (TZ), Kenneth Mugabi (Uganda), Lulu and Zakaleo Band (Kenya), Gravitti Band (Kenya), Ze Spirit Band (Tanzania),  Cultural Arts Centre (TZ). Babishai Niwe Poets, Apollo Kagimu (Uganda), Christine Kamau(Kenya) and Ruyonga (Uganda) made the attendees anticipate the next edition which is, according to Faisal Kiwewa of Bayimba, the Organisers, due next year in May.

Do I really know my wife?