The show brings together typically between 8,000 and 11,000 of Africa’s tourism leaders, policy makers, global buyers and travel media

The show brings together typically between 8,000 and 11,000 of Africa’s tourism leaders, policy makers, global buyers and travel media

Uganda has come third, winning the silver award in the category of best stall at INDABA 2016 tourism and trade fare in Durban, South Africa.

The competitive award,  whose platinum and gold awards were earned by Kenya Tourism Board and Rwanda Development Board respectively, is given to exhibitors with the most fascinating architectural design that.

The stall (Uganda) which was constructed in the shape of an African hut using bamboo shoots emerged as the third bird best amongst 148 which were competing for the same award amongst many other categories. "We expected a lot more than this because we put a lot of work in our exhibition. We ensured that our exhibition captures all elements of tourism in our country - wildlife and our rich cultural heritage. The spacing was equally good and facilitated engagement between us and our visitors," said Vincent Mugaba, the public relations officer, Uganda Tourism Board.

Last year, Uganda, which was taking part for the second time in the expo's then 35-year history, won Best African Exhibitor for its unique, original and eco-friendly design at the show

INDABA is the third largest annual tourism expo in the world and the largest on the African continent.

Held annually in Durban South Africa, the show brings together typically between 8,000 and 11,000 of Africa's tourism leaders, policy makers, global buyers and travel media under one roof with the aim of promoting tourism as a means of economic growth and transformation on the African continent. 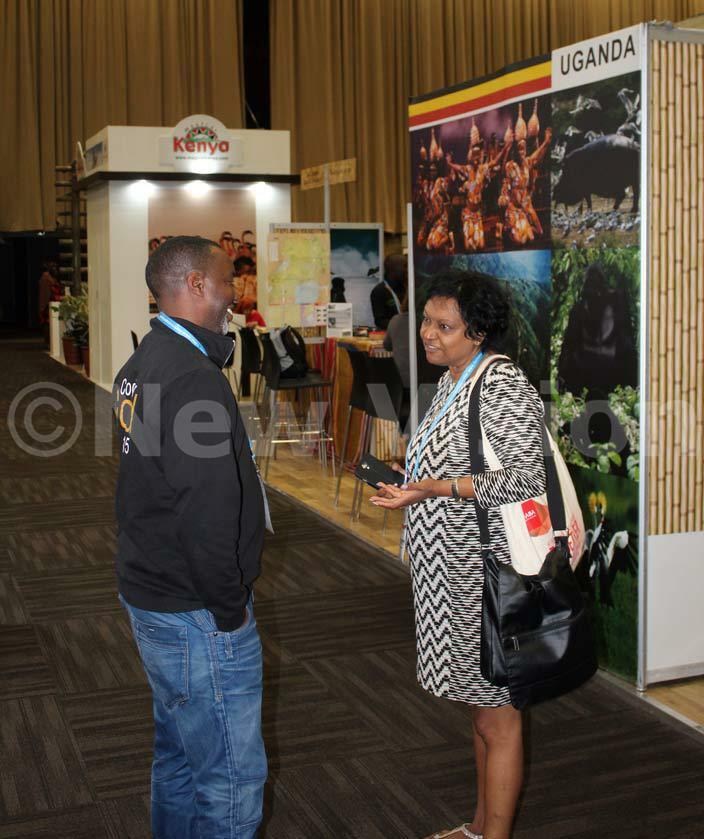 Uganda's Amos Wekesa disccusing business with a potential buyer at the Ugandan stall. Wekesa is among the 11 Ugandan tour operators who attended the event

This year's 37th edition of the show which has ended today has been running since May 7 at the Inkosi Albert Luthuli International Convention Centre in Durban and has seen over 5013 delegates from all over the world. 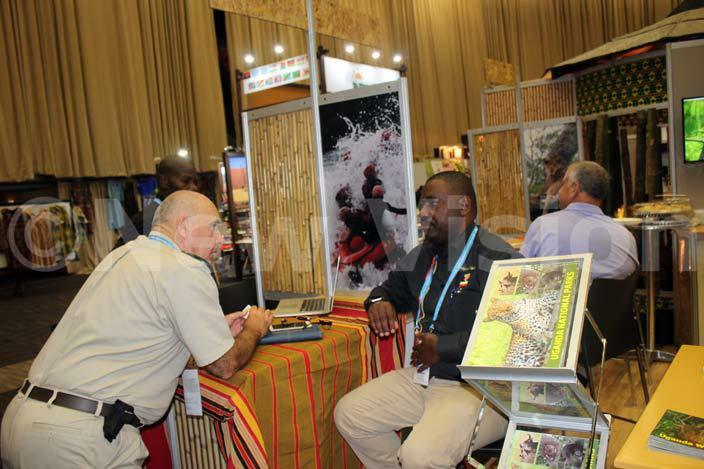 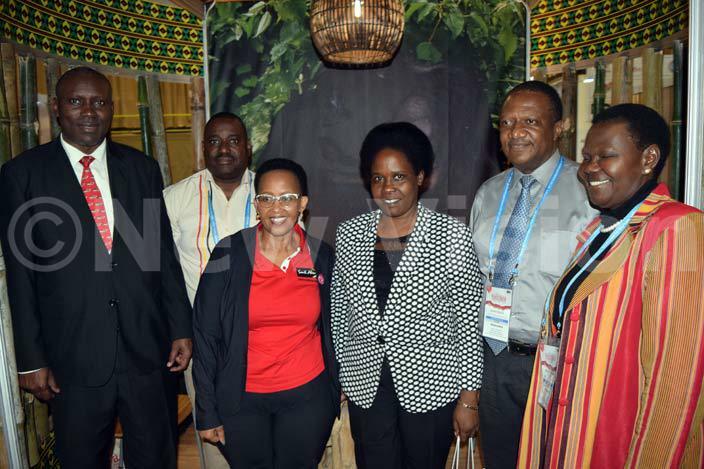 Apart from UTB, the host agency, Uganda was represented by Uganda Wildlife Authority, Civil Aviation Authority and Ministry of Tourism, Wildlife and Antiquities.

Seven tour operators, four of whom are property owners in game parks, represented the private sector while Agnes Akiror, the tourism state minister and Ambassador Patrick Mugoya, the Permanent Secretary, Ministry of Tourism, Wildlife and Antiquities represented the political leadership.