Over 1000 IDPs at risk of disease outbreak

Families of 10 are sleeping together

The executive director of Global Rights Alert Winnie Ngabiirwe speaking to children in the camp after receiving scholastic materials over the weekend. Photo by Abou Kisige

Families of 10 are sleeping together

The LCV chairperson of Hoima district, George Bagonza, warned that there is a looming risk of disease outbreaks especially water borne diseases in the camp.

"The poor water, sanitation and hygiene conditions in the camps, coupled with a shortage of mosquito nets pose health risks to hundreds of displaced persons in the camp," Bagonza said.

This follows the eviction of 350 families from their land measuring 485 hectares in August 2014. The land was to be leased to American company McAlester Energy Resources who want to build an oil waste treatment facility.

Bagonza said the evicted families lack food and basic social services and the camp has always been attacked by malaria.  He warned of gross health disasters like water borne diseases. Ngabiirwe and the LCV chairperson of Hoima district George Bagonza handing over scholastic materials to children. Photo by Abou Kisige 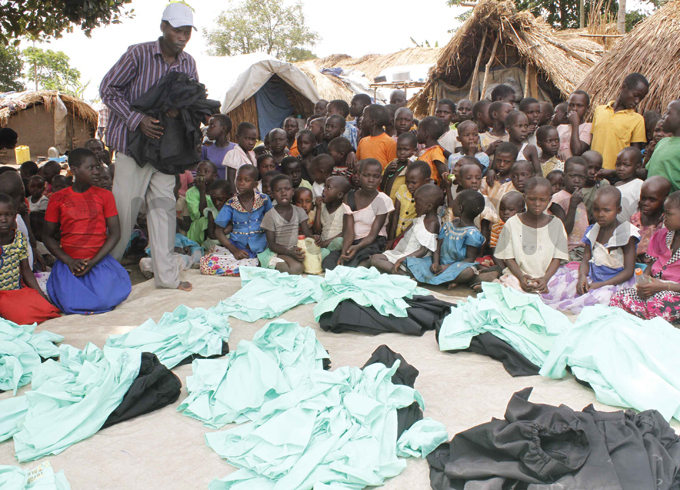 Bagonza made the remarks while receiving scholastic materials worth sh100m to aid children who dropped out of school during the eviction.

The children received uniforms, books, pencils and four-classroom blocks replacing a makeshift structure started by their parents in camp. Executive Director of Global Rights Alert (GRA) Winnie Ngabiirwe handed over the aid at the weekend.

Over 235 children are currently studying in the makeshift school at the camp. Some 180 children study in the nearest UPE school, Katanga Primary School.

The donation followed a fundraising drive by GRA in partnership with Advocates Coalition for Development and Environment, Transparency International and Civic Response on Environment and Democracy. 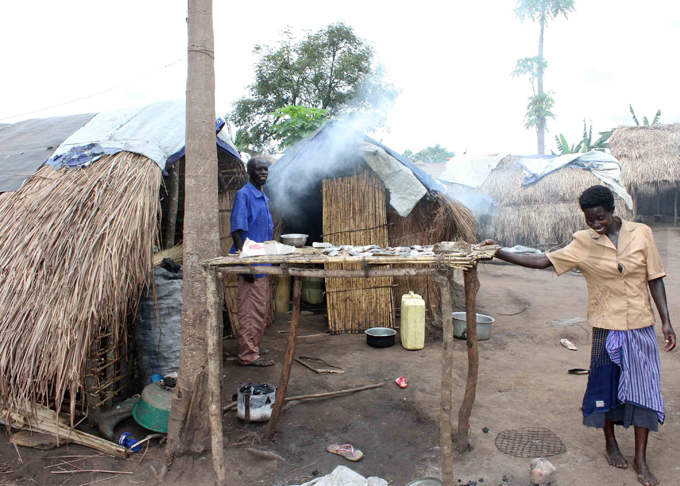 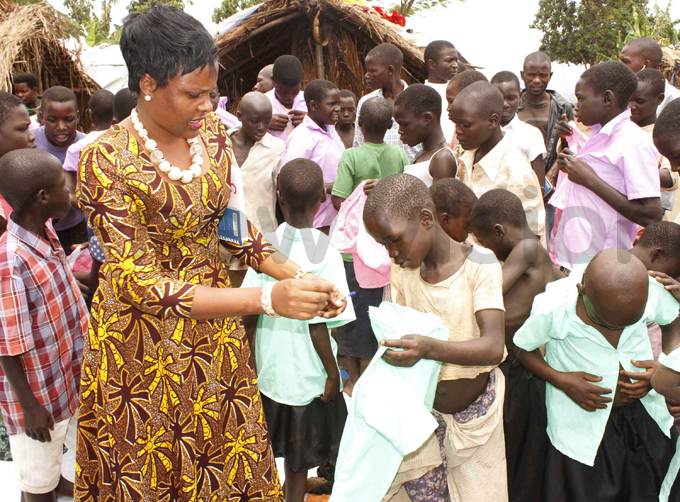 Ngabiirwe said the funds were collected from the general public to help send the children back to school and provide them with scholastic material that would ensure that they have all the learning materials they need.

"This initiative to help is in line with GRA vision of a community where human rights are realised," Ngabiirwe said.

She said people do not have shelter, food, accommodation and education facilities.

"The situation is generally not good. Families of 10 are sleeping together. Basically they are living a lifeless life," Ngabiirwe said.

'Absolutely no indication' to what caused EgyptAir crash