Defending champions City Oilers completed a hat-trick of wins over the KIU Titans this year as the 2016 NBL tipped off at the MTN Arena on Friday. 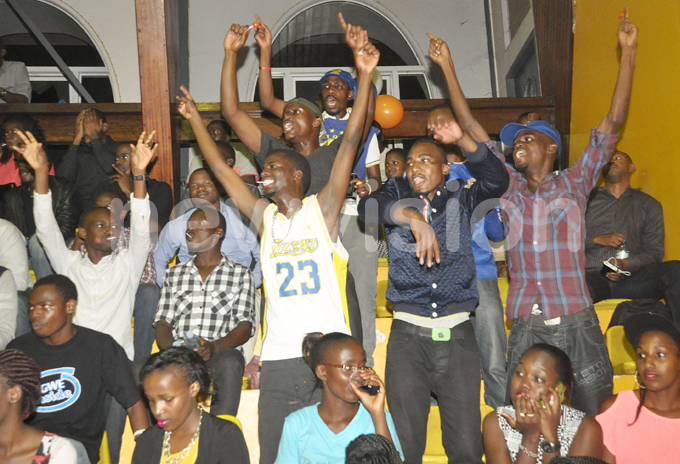 Landrey Ndikumana led the defending champions who are gunning for a fourth championship with 19 points and 7 rebounds with reigning MVP's Kami Kabange and Jimmy Enabu adding 17 and 15 points respectively.

KIU's Sudi Ulanga (18pts) and Samuel Agutu (10pts) were the only players in double figures for the student side who trailed by 9 points after the first quarter but outscored the Oilers 19-10 in the second for a 46-46 half time score.

Despite converting only 3 of his 9 attempts from three-point range, Sudi Ulanga shone whenever he stepped on court but could not break the Oilers' defensive resolve.

It was a bad day in office for Henry Malinga who could only convert 3 of his attempts from 2-point range and 3 of 8 free throws as Jimmy Enabu and Kami Kabange dictated matters on the opposite side.

City Oilers new signings Brain Ssentongo (0pts)  and Jonah Otim (2pts) were also limited to a few flashes for the 10 and 24 minutes spent on court respectively.

With one of their best players over the years Purity Odhiambo and a couple of others like Peace Nakirijja and Angella Namirimu on the opposite side the Canons had to dig deep for the victory.

Action in the league continues on Sunday at the MTN Arena with 6 games on card.

Garbage now a gold mine for Masese people