Dr. Atai: Defiant in the face of death

“She said she wanted to go through the different wards and find out how they were doing,” recalls her caregiver Harriet Enapu, who was by her bedside that day.

“She said she wanted to go through the different wards and find out how they were doing,” recalls her caregiver Harriet Enapu, who was by her bedside that day.

Even in the face of death, Dr. Anna Atai Omoruto was prepared to make every day of her life count. That is perhaps why moments before she slipped into coma last Thursday, Atai expressed empathy for other patients in Mulago Hospital.

"She said she wanted to go through the different wards and find out how they were doing," recalls her caregiver Harriet Enapu, who was by her bedside that day.

"She insisted she was fine. She kept calling herself an angel who will fight the cancer battle and win. Shortly after sayng this, she went into coma until today when she passed on," Enapu told New Vision in an interview.

Dr. Atai passed on at 3:00am on Thursday after a two months' battle with pancreatic cancer.

Atai, a practicing family physician, who led the team that fought Ebola in Liberia in 2014, was admitted at the Cancer Institute a month ago. Prior to that, she had undergone treatment at Agha Khan Hospital in Kenya following blockage of her bile duct and the pancreas. Doctors later confirmed that she had advanced pancreatic cancer.

On her hospital bed two weeks ago, Atai had told New Vision: "Even if I die, I am happy that I saved a million souls in Liberia…"

Her last words tell volumes about the kind of woman Atai was. It was not just by virtue of her job as a family physician. There seemed to be something more about her.

Her eldest child, Francis Wamala recalls of their mixed feelings when, in 2014, the World Health Organisation(WHO) chose her to lead a team of Ugandan health professions in the fight against Ebola in Liberia. 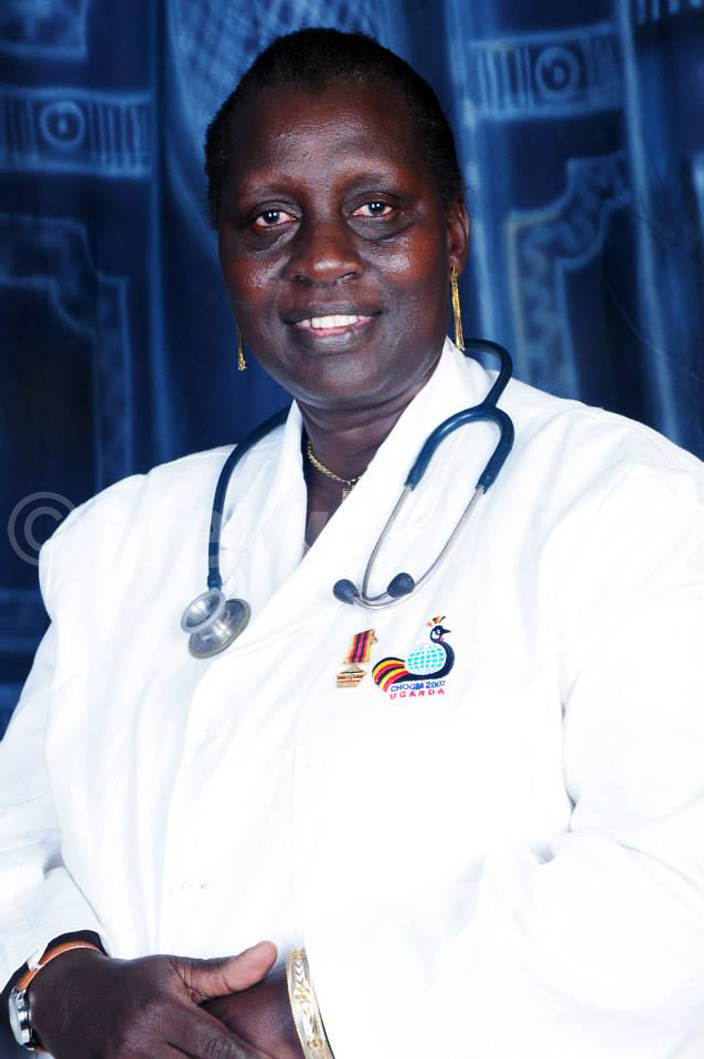 Pleas that the mother of five was risking her life at the expense of her family fell on deaf ears.

"It's for Ebola," Atai constantly told her children, "I am going to Liberia to help them with Ebola."

Wamala narrates further: "As a family, we had our fears. We never wanted her to go. It was not only about us. She had many children she was looking after who are not her biological children who are part of us.  But she was selfless. She wanted to know why those people (in Liberia) were dying.

"We kept in touch until she finished the mission and when she came back, we celebrated with her."

Dr. Atai and her team of 13 health professionals spent six months from July to December 2014 in Liberia. The disease claimed thousands of people in five other countries: Guinea, Sierra Leone, Nigeria, the US and Mali.

Atai's team was credited for its vast experience in managing Ebola outbreaks - Uganda having faced cases of the disease in 2000 that claimed over 400 people.

Once in Liberia, not even the sight of bodies on the streets could stand in Atai's way. Speaking of her experience in an earlier interview, Dr. Atai said on arrival in Liberia all she could see were dead bodies littered everywhere and patients and health workers alike had no clue on what to do.

"What I saw was dead bodies everywhere, there were more dead bodies than patients  and nobody seems to know what to do. They would say, ‘there is a dead body on Somalia Drive; I didn't even know where the Somalia Drive was. There is dead body in New Kru Town. So I said to myself: Dr. Atai, you have to put on your tough coat. I put on my tough coat and I declared that Ebola must get out Liberia that was my resolution. I told Ebola, fear because Dr. Atai is in Liberia and indeed Ebola feared," she narrated, during a farewell dinner in Liberia.

Atai was credited for having a load of experience and working hard in training and supporting health workers on her arrival into the country. Her passion for duty and care for Liberian health workers made her a familiar and influential voice in Liberia. Under her watch, the treatment unit at Island Clinic where she was assigned received more than 1000 patients and 60% of that number was confirmed Ebola cases. Along with her Ugandan counterparts, she worked on a 24-hour shift in collaboration with Liberian health practitioners to ensure that every patient got the best treatment.

Atai's audacity won her many hearts. In 2014, she was voted among the top 11 west African personalities for the year  that were on the frontline of the Ebola fight in Liberia which was worst hit by the epidemic last year.

Her spouse, Davis Mwaule describes her as a soldier.

"She was determined and passionate about her job. She could handle medical tasks as a soldier," said Mwaule.

He also educed memories of her being a "great mother who loved her children." True to this, Atai's Facebook page is dotted with jokes and teasing between her and her children. It is easy to think they were her age mates.

Her last born, Victoria Acom describes her as an academician who endeavored that her children go had access to quality education.

"Before she checked into the hospital, she told each one of us to enroll for masters degrees to compete for better opportunities," recalled Acom.

Atai will be laid to rest on Sunday, in Otaaba village, Kumi. A requiem mass was on Friday at 11 a.m. at Our Lady of Africa, Mbuya , in Kampala. 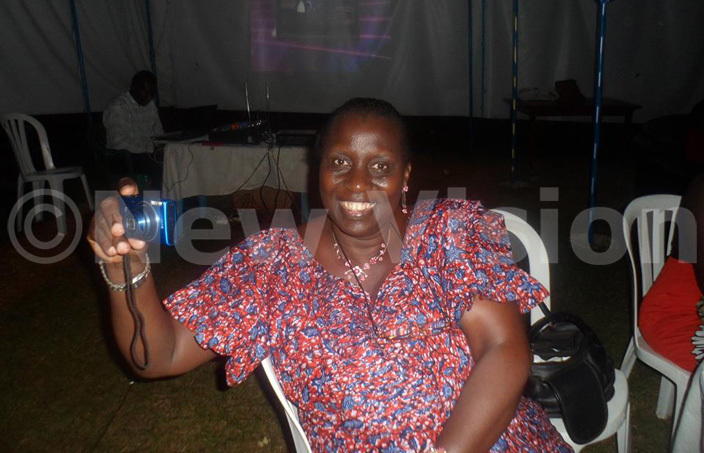 At the College of Health Sciences, Dr Atai was influential in the day to day running of postgraduate program in Family Medicine which leads to the award of Masters in Family Medicine and Community Practice. She also supervised students throughout the program

She had also conducted research mainly in the field of infectious diseases, including tuberculosis, HIV and malaria. Until her illness, she was running a clinic in Mbale called St. Anna's clinic. 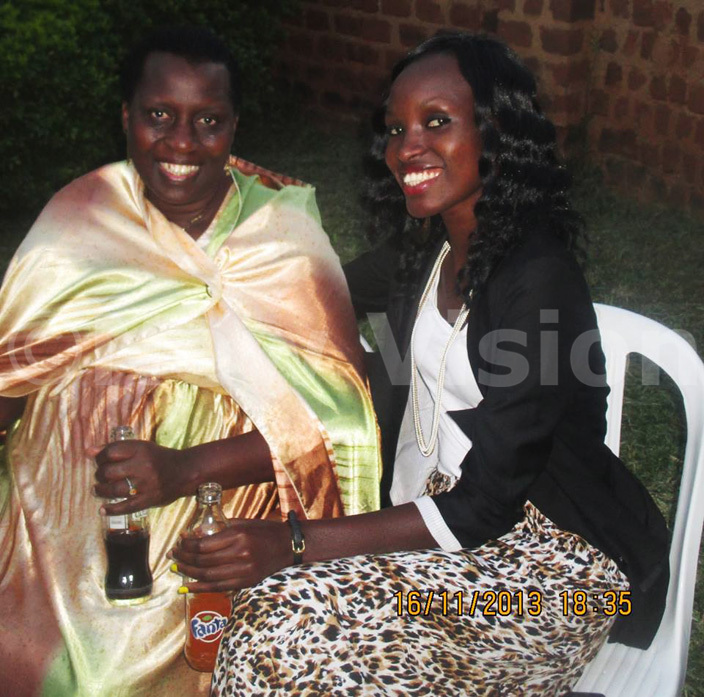 Dr. Atai with her daughter

What medics say about her

When she went to Liberia, some leaders there were resisting her tough approach in handling the disease. But she frankly told them, "Look, I have come to help the ordinary people who are dying."

They listened. She was working hard in the area of community health.

She was a global leader in family health. I understand she was due to travel Australia to receive an award for her outstanding work.

She is a front-line soldier in medicine. She risked her life to a place where most of the people feared to go.

She will be missed by her family and entire Nation. She was very active when eastern Uganda had an outbreak of Cholera and malaria

She was a jolly, cooperative and social person at the hospital.

Actorâ€™s phone used after his murder