Home
NEWS
MEDIA
Supplements
Tenders
Notices
The statistics also show that Uganda has the world's highest malaria incidence, with a rate of 478 cases per 1,000 population per year

The statistics also show that Uganda has the world's highest malaria incidence, with a rate of 478 cases per 1,000 population per year

On World Malaria Day, which falls on April 25, Uganda joined other nations across the globe to shine a spotlight on its efforts to combat malaria.

Statistics from the Ministry of Health show that malaria is still the leading cause of death in Uganda, accounting for over 27% of deaths.

The statistics also show that Uganda has the world's highest malaria incidence, with a rate of 478 cases per 1,000 population per year. 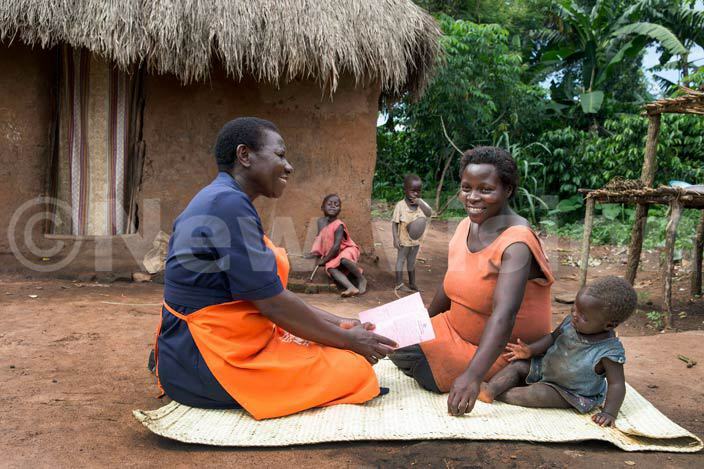 A health worker in Nakaseke- Kikamulo village advices a mother on how best to ward off malaria.

A study published last year by the American Journal of Tropical Medicine & Hygiene showed that malaria is still the major cause of death in Uganda with approximately 70,000 to 100,000 Ugandans dying each year from the disease.

A 2013/2014 report by the parliamentary committee of health showed that 50% of deaths caused by malaria in Uganda are among children below five years.

The Acholi sub-region still bears the harshest brunt of the disease, with the prevalence rates soaring every year.

"Despite being preventable, malaria is one of the primary causes of death in Uganda. The 2014 Malaria Indicator Survey may have shown a reduction in the prevalence rate (42%-19%), but the outlook based on reports from hospitals countrywide remains grim.

Children in Rubirizi district learning about how Malaria spreads and how they can avoid it.

There are still many women and young children dying at a high rate due to the disease. That in many ways qualifies the assertion that the disease is still a pandemic in the country," Dr Steven Luboyera of Hospice Africa asserts.

Across Africa, reports from the World Health Organisation show, 1 in 4 children are still not protected by mosquito nets or indoor residual spraying and about half of all pregnant women at risk of malaria do not receive preventive treatment.

Sub-Saharan Africa carries a disproportionately high share of the global malaria burden. In 2015, the region was home to 88% of malaria cases and 90% of malaria deaths.

Luboyera says eradication efforts in the most endemic areas of Uganda like Kitgum, Tororo, Gulu, Abim, Nakasongola, Nakaseke, Kumi, Pallisa, Serere, Manafwa, Bududa and Masinde have not yielded much because of a host of factors.

"First some drug-resistant strains of the disease have broken out in parts of the country and have not been dealt with effectively. Indoor residual spraying as a measure to eradicate the disease has not been done on a large scale, thus the disease has continued to spread. Some of the mosquito nets distributed are not sturdy, have holes and they wear and tear easily.

Some people in the villages do not know how to use them. The use of select drugs to control mosquito larva has also not yielded much. The campaign to sensitise and encourage people to use mosquito nets has achieved some results, but overall, it still faces long odds," Luboyera, explains.

"Malaria is a life-threatening disease caused by parasites that are transmitted to people through the bites of infected female Anopheles mosquitoes. It is a parasitic infection that attacks a person's red blood cells. At present, it is one of the leading infectious causes of death worldwide, especially among young children and pregnant women in Africa," Dr Joseph Baluku of Mulago hospital explains. Rose Lamunu, one of the many mothers in Kitgum at risk of malaria. She does not have a mosquito net.

People infected by the malaria parasite will present with symptoms such as chills, high fevers, and fatigue.

"They will also present with headaches, nausea, shivering and pain in the limbs.  If the infection progresses, a person may develop anemia, jaundice, and low blood sugar. With a particularly strong strain of malaria, a person can develop cerebral malaria. At it's most severe, cerebral malaria can induce delirium or seizures and may lead to a coma," Baluku says.

WHAT TRIGGERS AN OUTBREAK OF PANDEMIC MALARIA?

Pandemic malaria occurs in endemic regions for a number of reasons.

"A significant entry of uninfected or partially infected people into an area where malaria is widespread can lead to an outbreak.

A significant movement of infected people into an area where malaria is not present but where conditions may permit the disease to thrive may also spark a pandemic. Partial eradication of the disease-carrying mosquitoes or incomplete regional treatment programmes can cause a pandemic re-occurrence in cases of malaria. That has happened in many endemic areas of Uganda," Baluku explains.

Individuals at high risk of death from malaria reside in areas where malaria is endemic such as northern Uganda.

That unfolded despite optimistic reports in 2014 showing that indoor residual spraying and mosquito net household distribution had brought down malaria prevalence in the Northern Uganda from 63% in 2009 to 20% in 2014.

Accounts from the Ministry of Health show that 10 districts from northern Uganda experienced an outbreak of malaria within a three-month period, last year.

There was a sudden upsurge of malaria cases in this region with an average of 5,000 cases per district and 40,000 cases per week (88%).
Kitgum reportedly had 5,382 infections with 22 deaths. Kaabong, Abim, Gulu, Agago, Kaabong, Lamwo, Otuke, Amuru and Nwoya were also afflicted.

"Young children, and pregnant women whose immunity is usually low, are at higher risk in the event of a pandemic malarial outbreak. Young children in most cases lack the immunity that adults develop over time. Pregnant women on the other hand are susceptible because of reduced immunity against the plasmodium falciparum species of malaria," Baluku says.

He adds that individuals with little financial and medical resources and modest knowledge of malaria especially in rural areas are also at greater risk of fatal malaria.

WHY IS THERE NO VACCINE FOR PANDEMIC MALARIA AS YET?

The World Health Organisation has noted that the complexity of the malaria parasite has made the development of a malarial vaccine difficult.

On account of that, there is no malaria vaccine, despite many decades of intense research and development.

There was a glimmer of hope last year, however, when the British pharmaceutical company GlaxoSmithKline announced that it had developed and cleared a malaria vaccine (mosquirix jab) for use in Africa.

The World Health Organisation is also still considering whether it can recommend the drug to children in Africa.

"There is no vaccine for malaria as yet because it is caused by a variety of species of the Plasmodium protozoan. The virus's different organisms are complex and its antigens are constantly changing. That makes the development of an effective vaccine difficult. An anti-malarial vaccine is an area of thorough scientific study," Luboyera states.

"The simplest thing one can do to avoid contracting malaria is to steer clear of areas where malaria is endemic. It is important to sleep under insecticide-treated mosquito nets especially in areas where mosquitoes are widespread," Baluku explains.

"Where malaria is prevalent as well, it is important to take precautions.
Probably the most important precaution is to take prescription medication to keep malaria at bay. Use Insect repellants and wear long sleeves, particularly when you are outdoors and at night," Luboyera says.


"If you are staying in an endemic area for a significant period of time, try to get rid of the mosquitoes in your immediate area. Such measures include indoor spraying, spraying inside the house with anti-mosquito insecticides and active elimination of potential breeding grounds," Baluku explains.