"Be responsible, patriotic and professional"

Commemoration of the World Press Day began with a march at the Railway Grounds in Kampala. Photo by Miriam Namutebi

"Be responsible, patriotic and professional"

President Yoweri Museveni has asked journalists to report professionally to be able to contribute towards the social-economic and transformation of the country.

Speaking during the celebrations to commemorate World Press Freedom Day on Tuesday, the President in his speech read by vice president, Edward Ssekandi said for Uganda to transform from a peasant country to a middle income one, there is need for media practitioners to partner with government in informing the public with right information.

"To participate in the social-economic transformation of the country, media practitioners need to provide accurate, informative and educative information that is balanced, fair, truthful without bias," said Museveni.

He further asked journalists to be responsible, patriotic and professional in their daily work of educating, informing and entertaining the public.

The event started with a march from City Square to Railway Grounds with the minister of Information and National Guidance Maj Gen Jim Muhwezi, as the chief walker accompanied by Lt Col Paddy Ankunda, the Uganda Peoples Defence Forces (UPDF) spokesperson. 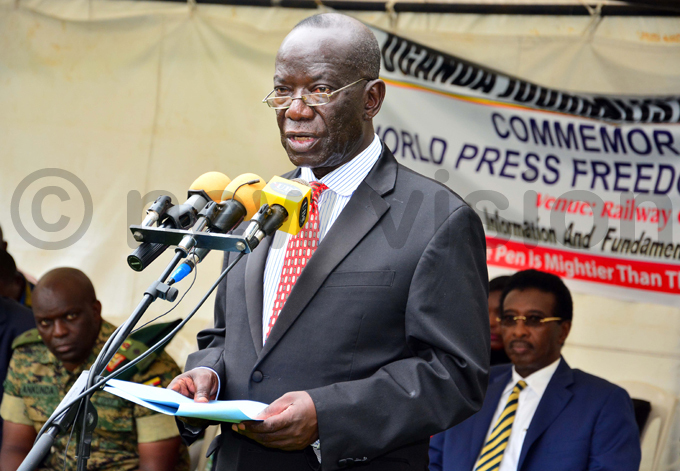 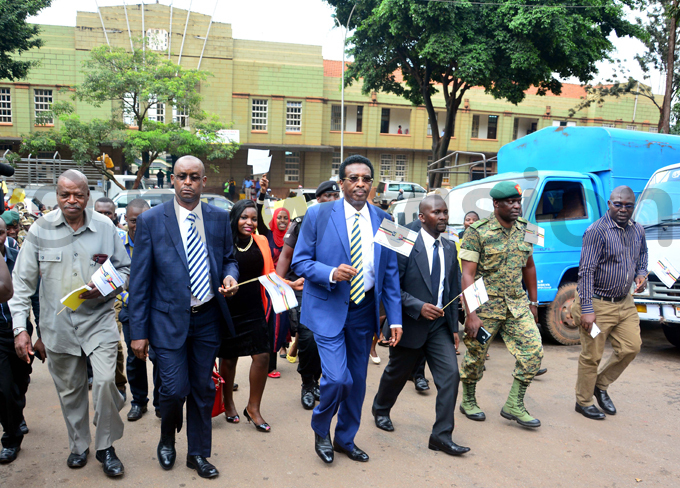 This  year's celebrations are under the theme; "Access to Information and Fundamental Freedoms with a focus on: Freedom of Information and Sustainable Development, protecting press freedom from censorship and surveillance overreach and ensuring safety of journalists online and offline".

The journalists represented by Robert Kagolo, the president of the Uganda Journalists Association (UJA) spoke with concern over the little or no pay at all for some journalists and mistreatment from Uganda Police Force.

The journalists asked government to set a minimum wage in which payment of journalists is well defined to avoid exploitation.

In response to their concerns, Ssekandi said he had taken note of their grievances and would inform the President for action.