The Foxes clinch the title after their title challengers Tottenham fail to beat Chelsea.

The Foxes clinch the title after their title challengers Tottenham fail to beat Chelsea.

Leicester City were crowned champions of England for the first time in the club's 132-year history after nearest challengers Tottenham Hotspur could only manage a 2-2 draw away to Chelsea on Monday.

Second-placed Spurs' failure to beat their London rivals at Stamford Bridge gave Leicester, 5,000/1 rank outsiders in pre-season, an unassailable seven-point lead at the top of the Premier League table, with only a maximum of six available to Tottenham from their final two league games this season.

But Chelsea defender Gary Cahill pulled a goal back in the 58th minute before Eden Hazard crushed Tottenham's dreams of winning a first English top-flight title since 1961 with a superb curling effort just inside the box seven minutes from time. 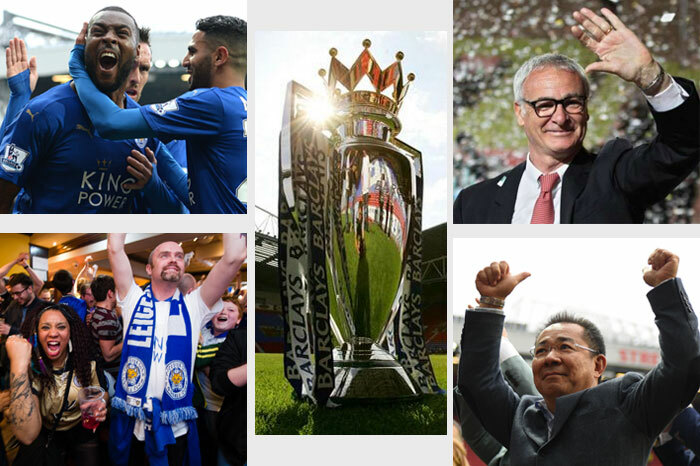 Exploiting the frailties of the presumed title favourites, the 5,000-1 outsiders surged to the summit and then held their nerve over four long, giddy months to complete one of the most improbable upsets in sporting history.

In the words of the club's genial Italian manager Claudio Ranieri, it was a triumph of "players who were considered too small or too slow for other big clubs".

"It gives hope to all the young players out there who have been told they are not good enough," Ranieri said. 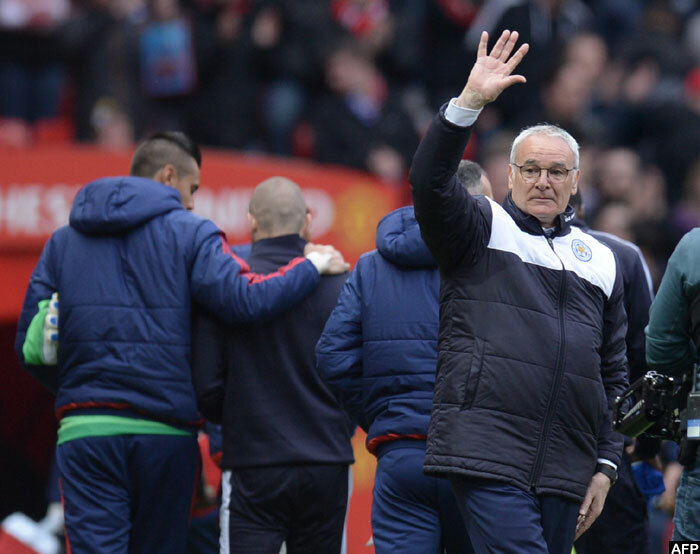 Kasper Schmeichel left Manchester City aged 22 and spent five seasons rattling around in the second and third tiers before Leicester enabled him to emulate his father, the Manchester United great Peter, by keeping goal in a title-winning side.

Right-back Danny Simpson and central midfielder Danny Drinkwater were released by Manchester United, but both have been Leicester mainstays this season, the latter earning a first England cap in March.

German centre-back Robert Huth spent four years as a bit-part player at Chelsea. His centre-back partner Wes Morgan, the captain, did not play top-level football until he was 30.

Winger Marc Albrighton was released by his formative club Aston Villa in 2014. His season began amid personal tragedy, after his partner's mother was killed in the terror attack in Sousse, Tunisia last June.

Most famous of all, now, are Riyad Mahrez and Jamie Vardy, signed for a combined fee of some £1.4 million ($2 million, 1.8 million euros) and who have become two of the most feared forwards in England. 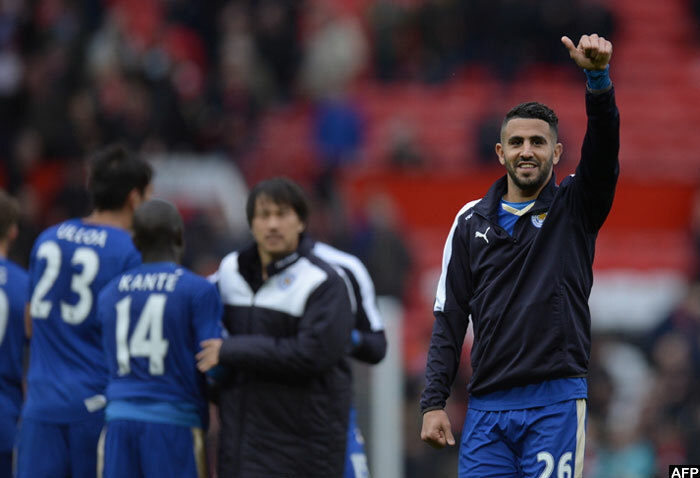 Dazzling Algerian winger Mahrez (pictured above), told he was "too skinny" by his youth coaches in the Sarcelles district of Paris, recently became the first African to be named England's Player of the Year.

The prolific Vardy, rejected by boyhood club Sheffield Wednesday for being "too small", is now a Premier League record-breaker and England international whose rags-to-riches tale is reportedly being turned into a Hollywood film.

Overseeing it all has been 64-year-old Ranieri, derided as a nearly man by Jose Mourinho and mocked on his return to England last year, but whose lyrical soundbites became the soundtrack to Leicester's drive to glory.

Leicester escaped relegation last season by winning seven of their last nine games, so there was dismay when manager Nigel Pearson was sacked after his son, a Leicester youth player, was involved in a racist sex tape during a post-season tour of Thailand, home of club owner Vichai Srivaddhanaprabha.

But Ranieri, the former Chelsea manager, was canny enough to see that there was momentum to be harnessed and had the good sense to retain key members of Pearson's staff, such as well-regarded head of recruitment Steve Walsh.

"The most important thing, and what he deserves the most credit for, is he hasn't come in and tried to change everything," said Schmeichel during the season. 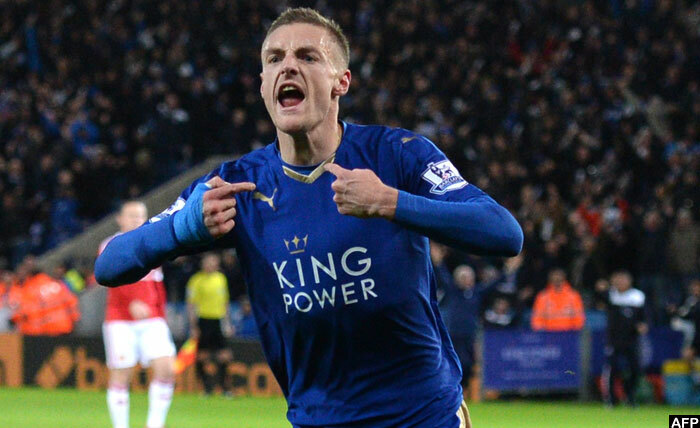 With new signings Huth, Christian Fuchs, Shinji Okazaki and French midfield monster N'Golo Kante carefully added to the blend, Ranieri ditched the back three used by Pearson for a 4-4-2 system.

Leicester were top following a 4-2 defeat of Sunderland on the season's first day and returned to the summit in November after Vardy's record-breaking run of scoring in 11 successive games.

There was only one real wobble -- a run of one win in five matches immediately after Christmas -- and to date they have been beaten just three times.

Even when, no longer misdiagnosed as over-achieving minnows, Leicester found opposing teams massing themselves behind the ball, they ground out five 1-0 wins in six games to move to within sight of the title.

But for an unheralded team composed of players with almost zero title-winning know-how, their success in leading from the front represents an astonishing feat of fortitude and sporting courage.

The club's disbelieving supporters will hope that by the time Champions League football arrives at the King Power Stadium for the first time next season, players like Vardy, Mahrez and Kante are still around.

But whatever becomes of Ranieri's 'Impossibles' in the months, years and decades ahead, their sporting immortality is assured.