"I'm grateful we took an early lead and I hope the boys will keep up the spirit."

Aviv Orland takes up a corner. (Credit: Johnson Were)

"I'm grateful we took an early lead and I hope the boys will keep up the spirit."

A win by National motocross team captain Maxime Van Pee in the MX1, Aviv Orland in Mx85cc, Stav Orland in the 65cc and William Blick in the PeeWee class helped Uganda secure a lead on day one of the FIM CAC motocross championship at Guruga.

William Blick opened the lead, winning the Pee Wee class, before Stav Orland took charge of the 65cc and the day was sealed by Aviv and Maxime who also won the MX85 and MX1 categories respectively.

Team captain Maxime Van Pee lauded his team for the great performance and urged them to continue like that on day two (Sunday).

"I'm grateful we took an early lead and I hope the boys will keep up the spirit and widen the gap as we target a bigger point margin win in the first round," said the rider, who on Friday won the Motocross rider of the year (2015) award. 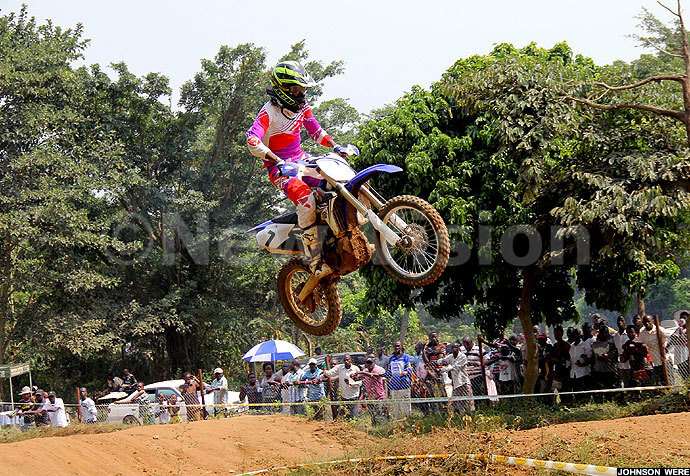 Fatuh Kiggundu at a jump

The second round will be in August in Nairobi Kenya.

Ngugi Waweru, who beat Uganda's Fatuh Kiggundu in the MX2, was all up charged and hoping to widen the gap against Fatuh Kiggundu.

"Day one has been okay but I have Fatuh Kiggundu on my back, which I hope to battle so that I extend my point lead against him."

The two-day event will climax with rally cars in a double circuit track launch at Garuga. 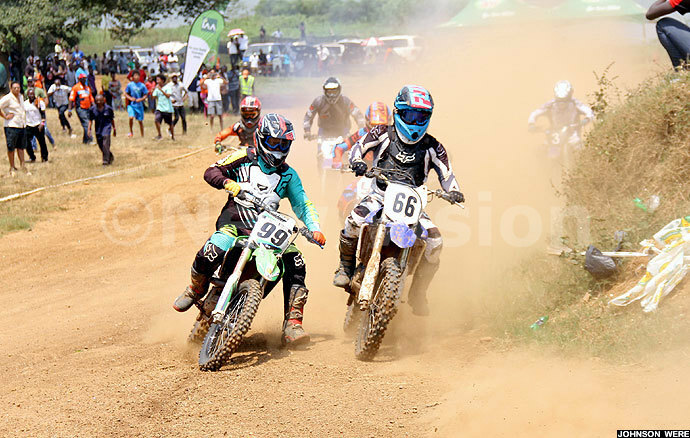 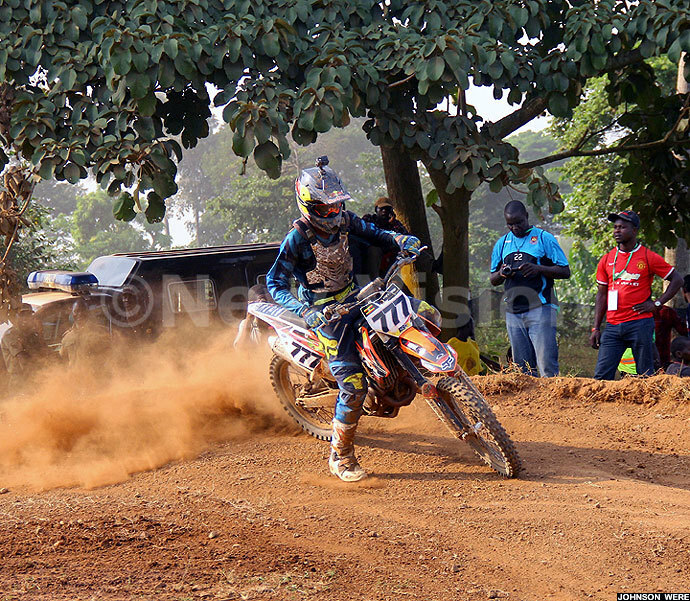 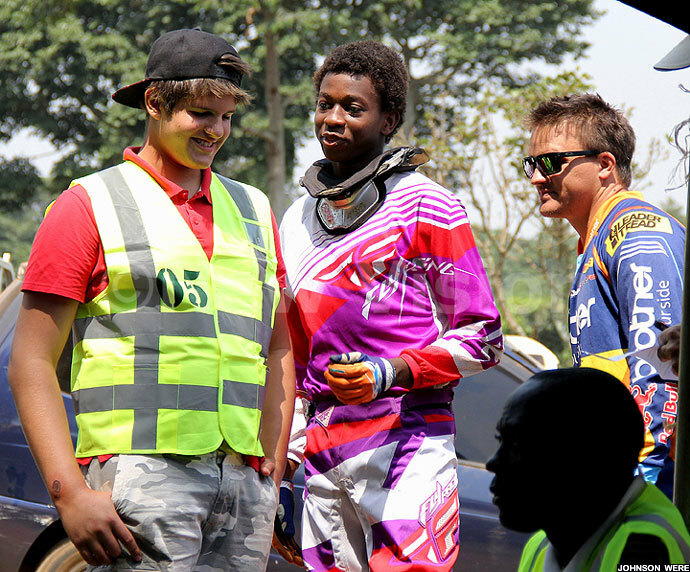