A woman mourns the loss of a relative at the site of a building collapse in Nairobi. AFP Photo

At least 12 people died when a building collapsed in Nairobi, officials said Saturday, as rescuers scrambled to find more survivors after torrential storms which killed another seven people.

President Uhuru Kenyatta visited the ruins of the six-storey building, where residents perished after concrete floors collapsed down on top of each other during heavy rainstorms on Friday.

The two-year-old building, home to more than 150 families, had been condemned by building authorities but the order to evacuate it had been ignored.

"So far 12 people have been confirmed dead from the ... tragedy," a government statement said.

The building came down at around 9:30 pm Friday following some of the heaviest downpours since the start of the rainy season that caused flooding and landslides in many areas of the city.

Two neighbouring buildings were declared unsafe and were evacuated.

Seven other people died in floods elsewhere in the Kenyan capital, including four killed when a wall collapsed.

Kenya Red Cross said that over 50 people had been reported as missing. However, there was no confirmation that they were trapped inside the building. 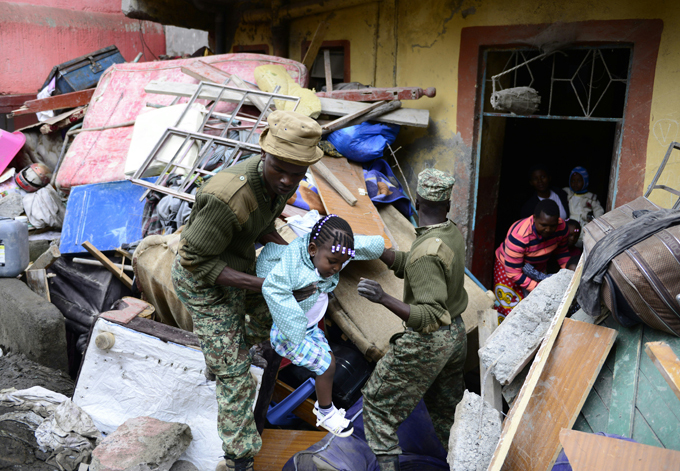 Kenyan security forces carry a girl as people are evacuated from the vicinity of a collapsed building. AFP Photo 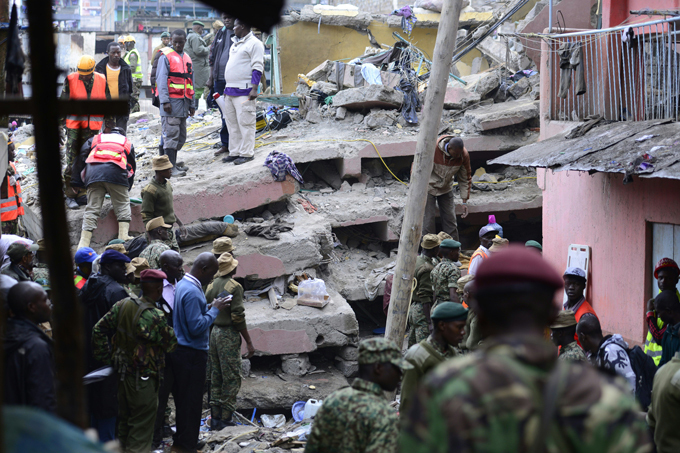 Access for rescuers with larger machinery has been made difficult by the narrow and crowded streets.

One survivor was pulled from the huge pile of debris shortly after dawn, Kenya Red Cross said, some 10 hours after the building collapsed Friday night.

Kenyatta "braved the rainy and chilly weather" to visit the poor and densely-populated Huruma neighbourhood, a statement from the presidency said. 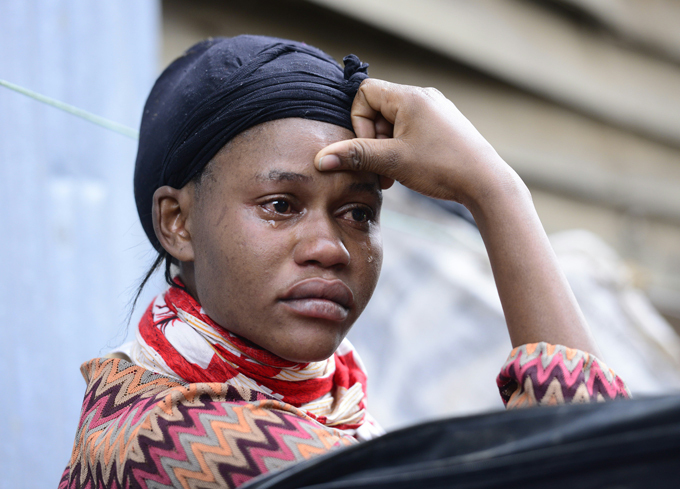 A Kenyan woman cries as she looks at what used to be her home. AFP Photo 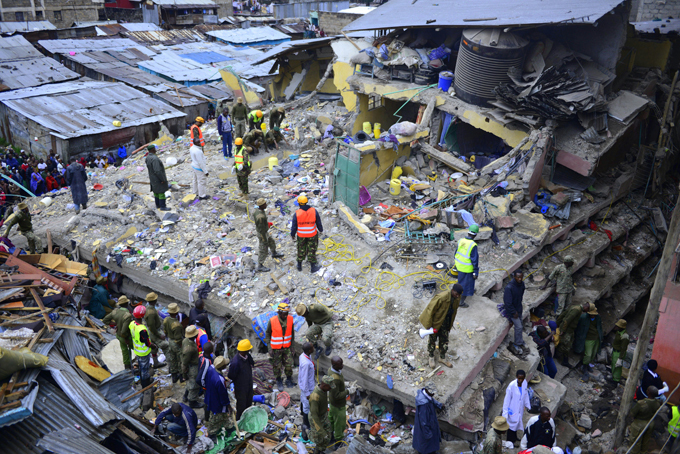 He ordered police to "take immediate action to identify and arrest owners of buildings who have ignored directives by the National Construction Authority", it said.

In other separate incidents, two people drowned when their vehicle was swept away by storm waters in the capital's Industrial Area, and another person died in floods.

Nairobi has been in the midst of a building boom for some years but the quality of materials used and speed of construction have sometimes been called into question.

The growing middle class has triggered an explosion in demand for housing and a rise in real estate prices in the east African capital.