"We will not be the Africans who stood by as we lost our elephants," says President Kenyatta.

"We will not be the Africans who stood by as we lost our elephants," says President Kenyatta.

Eleven giant pyres of tusks will be set on fire Saturday as Kenya torches its vast ivory stockpile in a grand gesture aimed at shocking the world into stopping the slaughter of elephants.

Kenyan President Uhuru Kenyatta, who will be the first to set fire to the semi-circle of tusks expected to burn for days in the capital Nairobi's national park, on Friday demanded a total ban on trade in ivory to end trafficking and prevent the extinction of elephants in the wild.

"To lose our elephants would be to lose a key part of the heritage that we hold in trust. Quite simply, we will not allow it," Kenyatta said at a summit meeting of African heads of state and conservationists. "We will not be the Africans who stood by as we lost our elephants."

The historic bonfires will be the largest-ever torching of ivory, involving 105 tonnes from thousands of dead elephants, dwarfing by seven times any stockpile burned before. Another 1.35 tonnes of rhino horn will also be burned, representing the killing of some 340 of the endangered animals. 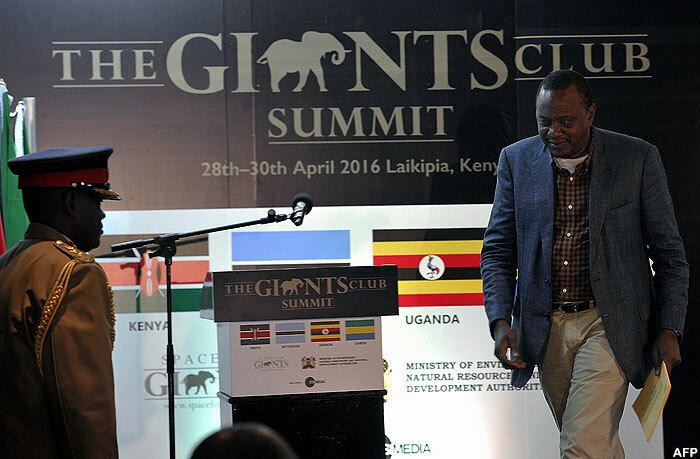 The pyres prepared in Nairobi contain some 16,000 tusks and pieces of ivory.

Kenya has a long history of such torchings, spearheading a wider movement of public demonstrations across the world, but nothing on this scale before.

Even so, despite the staggering size of the piles to be burned, totalling some five percent of global stocks, the ivory represents just a fraction of the animals killed every year.

The ivory here seized from poachers and smugglers over several years -- plus a small fraction from animals who died naturally -- is equivalent to just a quarter of the number of elephants massacred every year to feed demand in growing economies in Asia, eager for an elephant's tooth as a status symbol. 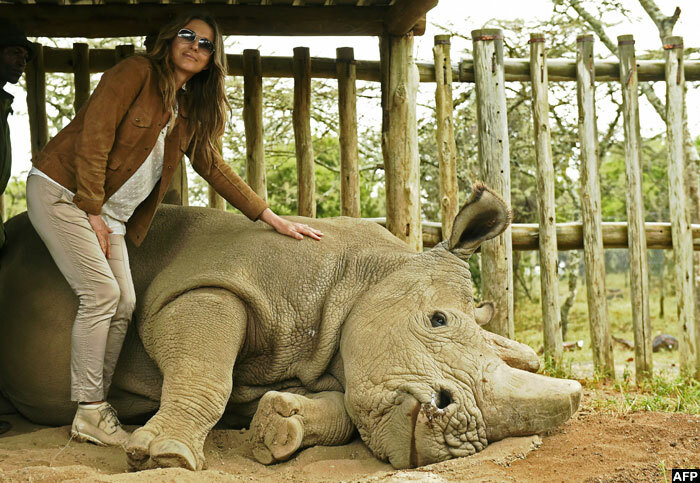 The Convention on International Trade in Endangered Species of Wild Fauna and Flora (CITES) banned the ivory trade in 1989.

Activists say destroying the stocks will put anti-trafficking efforts at the top of the agenda at the next CITES conference.

China, which has tightened its laws on ivory imports, allows the resale of ivory bought before the 1989 ban, but activists say the trade in legal ivory acts as a cover for illegal imports and call for a complete ban on sales.

Ivory itself does not burn, and so the fire will be fuelled by a mix of thousands of litres diesel and kerosene injected though steel pipes buried in the ground leading into the heart of the pyramids.

"If you wish to incinerate it, you have to take it to extreme temperatures," said Robin Hollister, a former film special effects specialist turned pyrotechnic expert, who has organised the fuel-fed fires.

His expertise will help ensure the stockpiles burn as planned despite torrential rain on Friday in Nairobi that saw cars on normally busy roads swamped by flood waters, and the area around the ivory burn a muddy quagmire.

Richard Leakey, Kenya Wildlife Service chief, a legendary conservationist and palaeoanthropologist, promised the ivory piles "will burn, even if it snows".

The ceremony, expected to be attended by Ugandan President Yoweri Museveni and President Ali Bongo from Gabon, is expected is due to begin at around 3:00 pm (1200 GMT).

Kenya to torch tusks in bid to stamp out ivory trade