Men carry the coffin of Congolese rumba star Papa Wemba, during a memorial ceremony in Abidjan, before the repatriation of the body in Democratic Republic of Congo. AFP PHOTO

ABIDJAN - Mourning Ivorian fans were performing an all-night musical tribute to honour legendary Congolese rumba star Papa Wemba, who died after collapsing on stage during a festival in Abidjan this week.

Ivorian Prime Minister Daniel Kablan Duncan and Papa Wemba's widow were among the high-profile mourners who began the evening's ceremonies by paying their respects in front of the artist's white coffin at a funeral parlour in Abidjan.

Crowds at the funeral home, many of them from the Congolese community in Ivory Coast, broke into applause as one of Papa Wemba's tunes filled the room.

"An artist never dies. In death, an artist becomes even greater. Papa Wemba is dead, and now even greater than before," said Ivorian minister of culture Maurice Bandaman in front of a poster reading "Papa Wemba, legend." 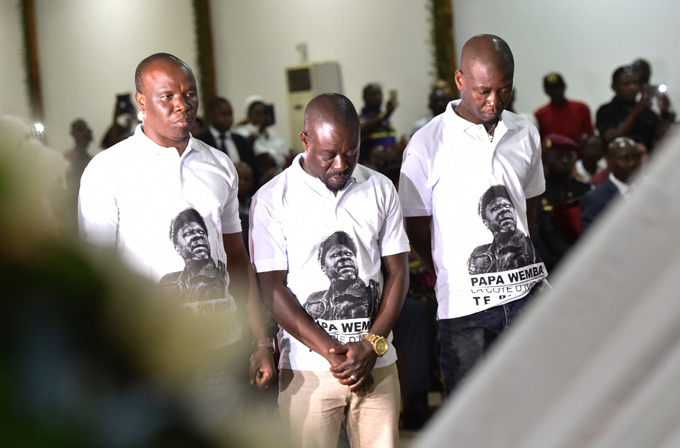 The flamboyant star died at the age of 66 after collapsing on stage at a music festival in Abidjan on Sunday, but the cause of his death is not yet known.

A pioneer of the fusion of Cuban and electronic rock in the 1970s, Papa Wemba found world renown as African music grew in popularity in Europe and the United States over the following decades.

The Congolese minister of culture had earlier urged mourners in the country not to allow their tributes to take on a "political" aspect.

"We want this period of mourning to be strictly a cultural event, not a political one," Banza Mukalay said.

The political situation in the Democratic Republic of the Congo has been strained for months, as suspicions grow that President Joseph Kabila will seek to extend his 15-year rule by postponing elections set for November.

Komakech shines as D'Mark Power pulls back one