In pictures: Up and about in Africa

The latest happenings around the continent.

The latest happenings around the continent. 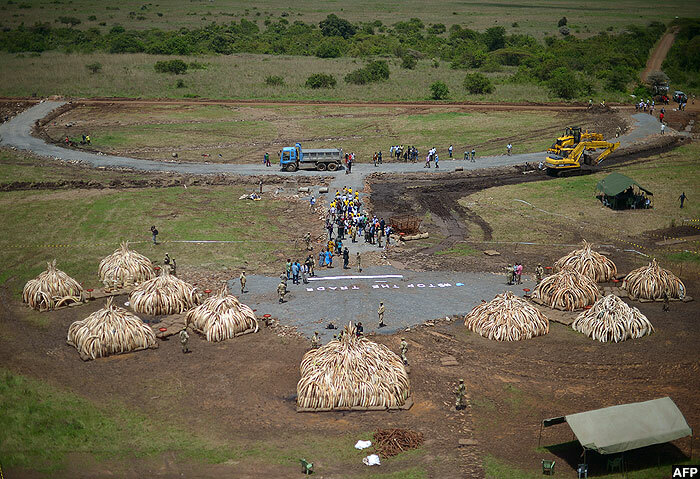 An aerial view shows continuing preparations around illegal stockpiles of ivory stacked up onto 10 individual pyres on April 27, 2017 in Nairobi's national park as they wait to be burned, in what is said to be the biggest stockpile destruction in history.
Kenya on April 30, 2016 will burn approximately 105 tonnes of confiscated ivory, almost all of the country's total stockpile at an event attended by several African heads of state, conservation experts, high-profile philanthropists and celebrities which they hope will send a strong anti-poaching message 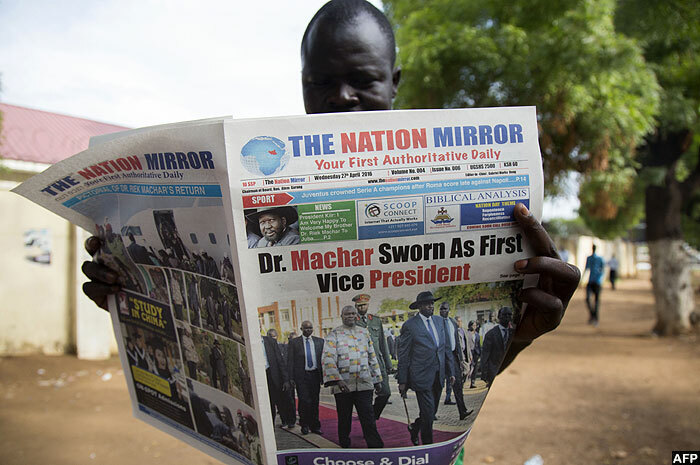 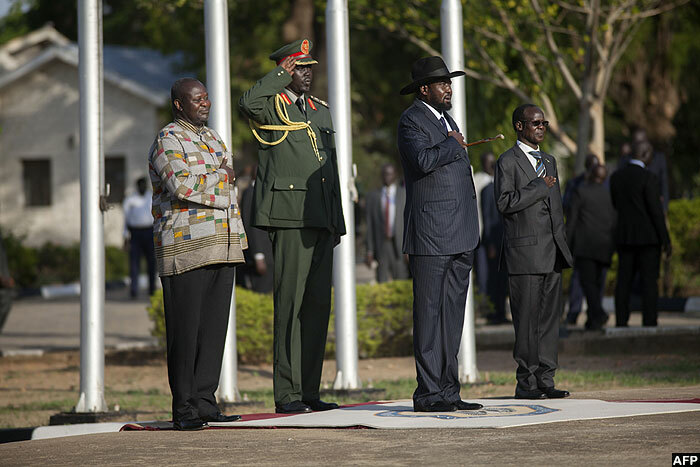 Former rebel leader and new vice-president Riek Machar (Rear C) and President Salva Kiir (2nd R) listen to the national anthem at the Presidential House in Juba after Machar was sworn in as new vice-president, after Machar landed at Juba international airport on April 26, 2016. The return of rebel leader Riek Machar to Juba must pave the way for a genuine transition to end more than two years of brutal civil war in South Sudan, the UN peacekeeping chief said on April 26 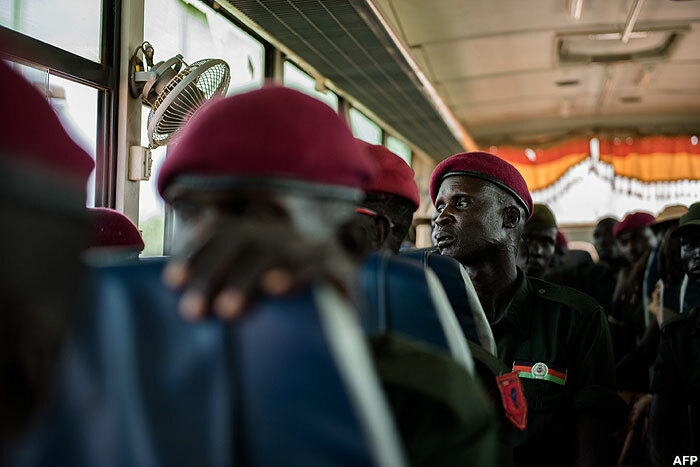 Part of the 195 rebel troops of the Sudan People's Liberation Army in Opposition (SPLA-IO) sit in a bus following their arrival at Juba International Airport on April 25, 2016.  Rebel spokesman William Ezekiel said that 195 troops landed along with South Sudan's top rebel military commander Simon Gatwech Dual, to provide security for Machar, who he would return the following day. Some of the rebel troops looked visibly nervous, but others were more cheerful and raised fists into the air as their leader shouted "Viva SPLA, viva SPLM!" -- the acronym for the army and ruling party divided by the war 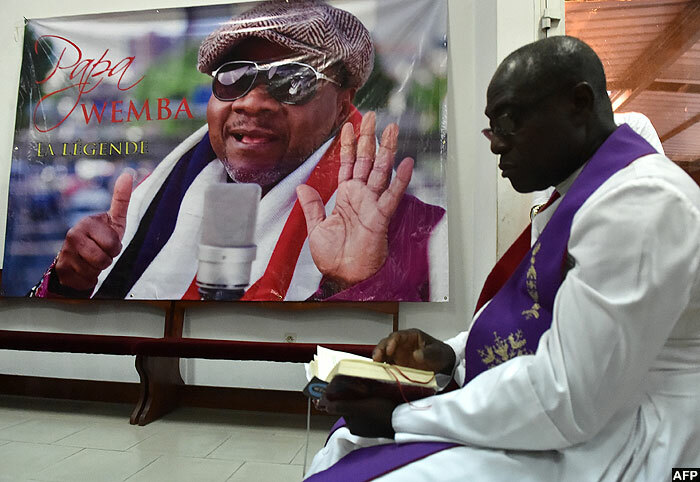 Meanwhile, a priest sits next to the portrait of late Congolese rumba star Papa Wemba, during a memorial ceremony on April 27, 2016 in Abidjan, before the repatriation of the body in Democratic Republic of Congo. Papa Wemba, one of the biggest names in African music for the past 40 years, died aged 66 after falling ill on April 24 during a performance at FEMUA

Here, relatives sit next to the coffin of the fallen Congolese singer Papa Wemba during a memorial ceremony on April 27, 2016 in Abidjan, before the repatriation of his body in Democratic Republic of Congo 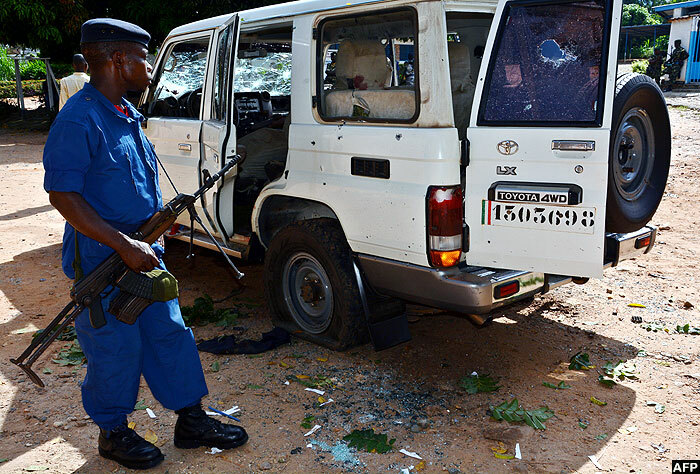 A Burundian policeman stands next to the shrapnel-riddled vehicle in which Tutsi General and security advisor to Burundi's vice president Athanase Kararuza was killed on April 25, 2016 in Bujumbura. Kararuza was killed on April 25 in an attack by heavily-armed men, along with his wife and daughter, a security source said. The country has been engulfed by a political crisis which erupted in April 2015 when President Pierre Nkurunziza decided to run for a third term in office, which he won in July. Shortly after the attack, the ICC chief prosecutor confirmed she was opening a preliminary probe into the violence in Burundi 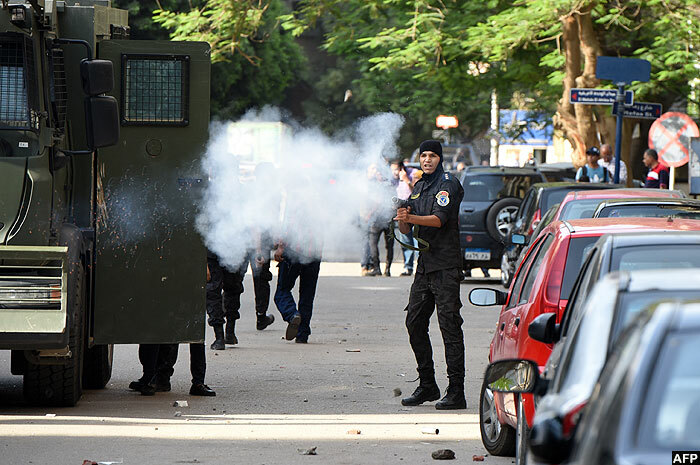 Egyptian riot police fire tear gas towards protestors as they demonstrate on April 25, 2016 in Cairo against the handing over of two Red Sea islands to Saudi Arabia. Egyptian police fired tear gas at protesters in the Egyptian capital who defied government warnings and held a rally calling for the "downfall" of the regime, quickly scattering them and making arrests 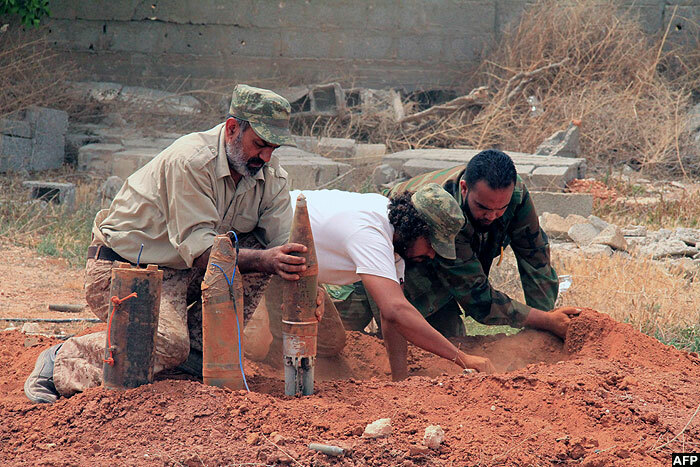 Forces loyal to the recognised parliament in the east of Libya collect improvised explosive devices (IED) on April 23, 2016, in the western suburbs of Benghazi 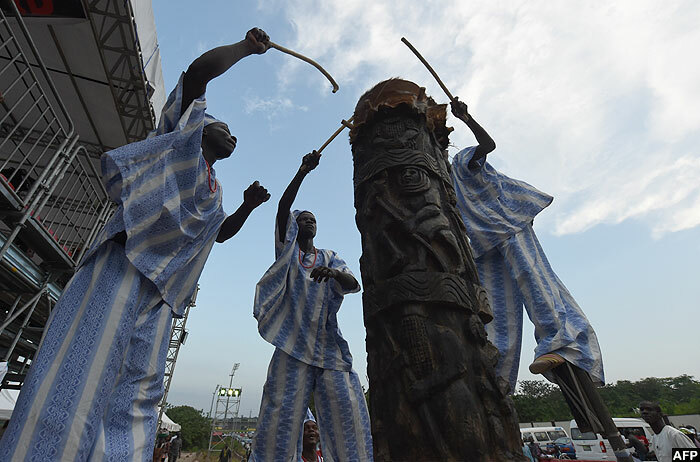 Drummers beat a record 16-feet tallest traditional drum during the first ever Nigerian drums festival in Abeokuta, southwest Nigeria, on April 22, 2016. Drummers across the country participated in a four-day drums festival designed to showase the rich cultural heritage of different ethnic groups and to revive norms, values, beliefs and aspect of culture that is gradually fading away 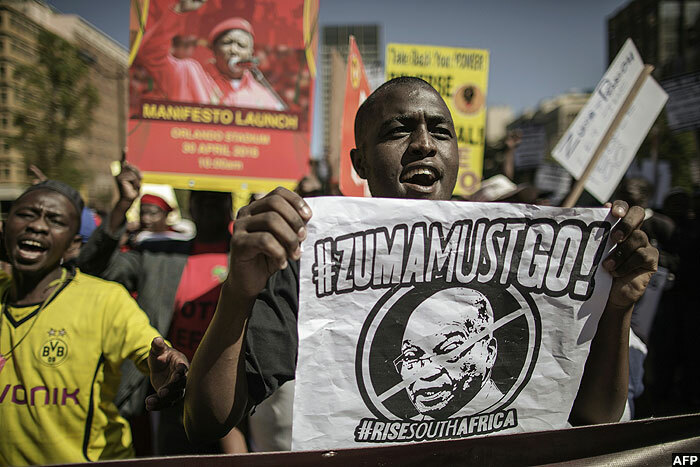 A man shouts slogans as people take to the streets protesting against South African President Jacob Zuma (poster) and the ruling African National Congress (ANC) party during a rally organized by the opposition political parties, Civil Society organizations and Religious group as the nation celebrates Freedom Day in Johannesburg on April 27, 2016

Kenya's opposition leader, Raila Amolo Odinga raises his fist on April 25, 2016 in Nairobi as he arrives at the headquarters of the Independent Electoral and Boundaries Commission (IEBC) where opposition supporters protest over what they consider as "a frustration" from the electoral officials. Led by opposition leader, Raila Odinga, throngs of supporters marched through the capital to the IEBC headquarters in an attempt to forcefully evict the IEBC commissioners from office. Mr Odinga has called for the disbandment of the electoral body saying it is biased towards the government hence cannot be trusted to oversee the 2017 elections