Oil pipeline to pass through Tanzania - Mu...
Next Story

The LC5 chief of Buliisa district, Fred Lukumu, has called on government to invest in vocational schools across the country as one way of tackling the problem of unemployment.

He said that "part of the oil revenue should be channeled to the establishment of vocational and technical schools to address the high unemployment rate".

According to the Natural Resources Act, 94% of oil revenue is to be controlled by the central government while 6% sharing of royalties goes to the districts where oil has been discovered and cultural institutions.

Ugandan youth need to be equipped with skills that can help them create their own jobs rather than look for employment, said Lukumu.

He made the remarks recently during an essay-writing competition for students on oil and gas discovery in Bunyoro sub-region. 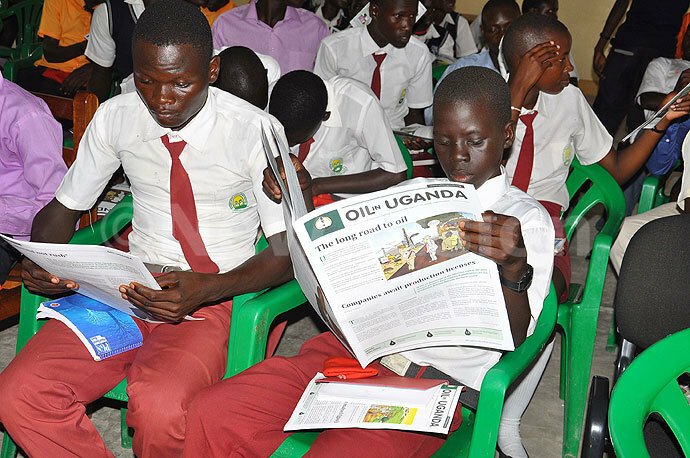 The competition was aimed at broadening the students' knowledge of oil resource, and was organized by ActionAid International Uganda in conjunction with Recreation for Development and Peace-Uganda. 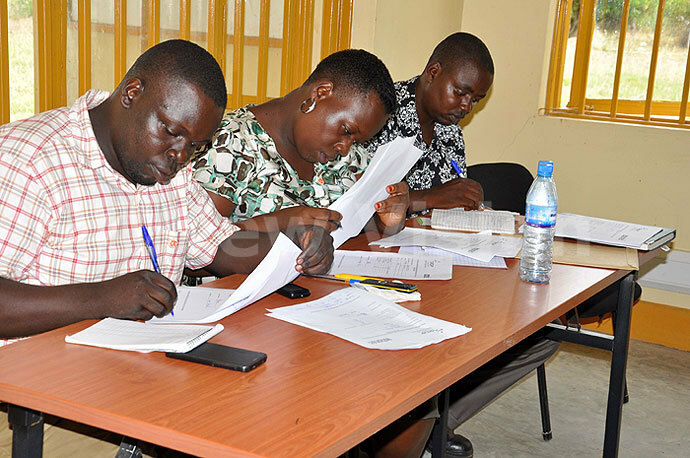 The panel of judges awarding marks for the essay competition on oil at Bulisa district headquarters. (Credit: Francis Emorut)

Lukumu urged students to develop interest in the oil and gas sector so that they acquire competencies and would be able to analyze issues concerning oil and gas.

The students themselves agree that it was high time government addressed the issue of unemployment through skills development.

"For how long should the youth continue looking for jobs in the streets of urban centres and yet they can acquire skills through vocational schools training?" questioned Herbert Akhugizibwe, a student of Wanseko High School.

Farida Atungoza, who studies at Biiso Parents Secondary School, said that part of the oil revenue should also be invested on roads and access to clean water as well as setting up new health facilities. 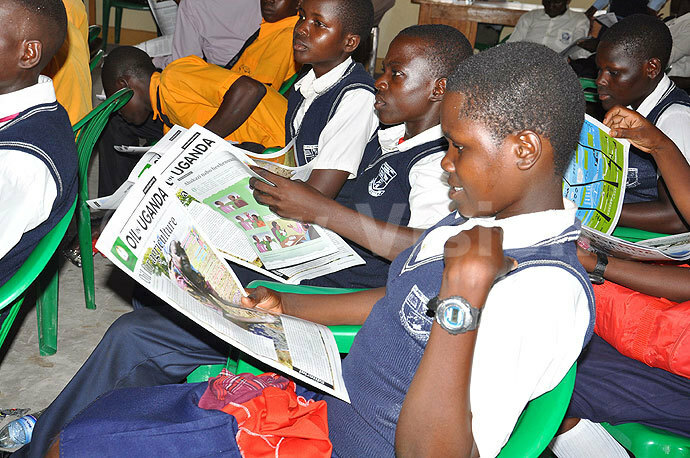 Bugungu Secondary School was among the eight schools to take part in the essay competition. (Credit: Francis Emorut)

Flavia Nalubega, editor of the Oil in Uganda newsletter, encouraged students to study about oil developments in the country to avoid being manipulated when they become leaders.

Other students expressed concern that much as oil is a blessing to the country it is also a curse because it has caused displacement of people in the Albertine region as well as emission of fumes that interfere with the ozone layer.

"The discovery of oil in Bunyoro region has led to the destruction of the environment as a result of pollution," said Richard Habyona, a student of Uganda Martyrs Comprehensive Secondary School. 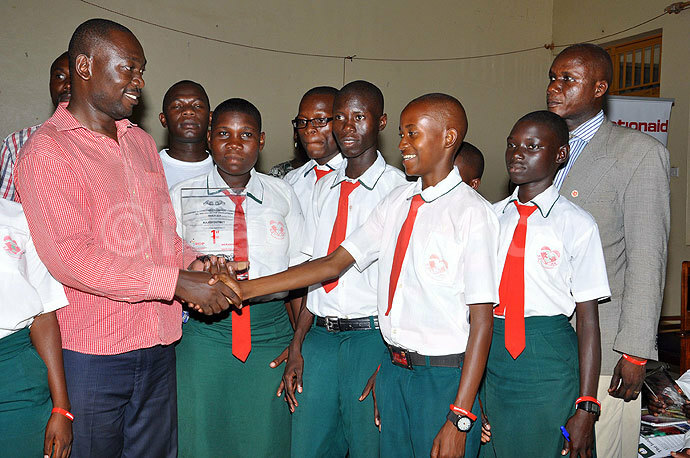 The RDC of Buliisa district Peter Busooborwa hands over a plaque to students of Blessed Mwaka's College who won the essay-writing competition. (Credit: Francis Emorut) 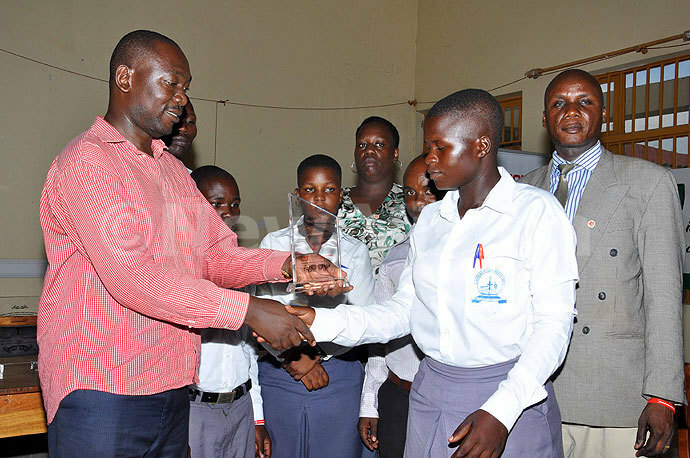