The Chinese government has pledged to train over 100 secondary school teachers in Chinese language as part of the renewed efforts to boost bilateral cultural and trade relations.

The event was followed with the signing of a memorandum of understanding between Confucius Institute at Makerere University and Luyanzi College in Bweyogerere Wakiso district. 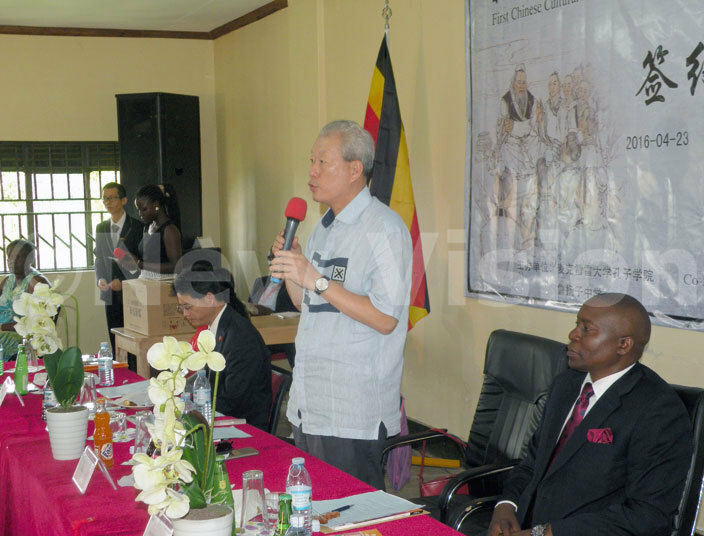 Baguma said government of Uganda has already identified the 100 teachers who will benefit in the program.

"Last year in May, we presented a draft proposal seeking a grant of sh30.8b from the Chinese government to facilitate the introduction of the Chinese language into Uganda's education system at secondary level which they approved," she said.

She noted that the100 teachers will be trained at Luyanzi College for nine months as they await enrollment next year.

"The Chinese government has supported the NCDC in drafting the syllabus and also offered to provide 20 Chinese trainers who will train the teachers and teach in the 20 identified schools at the beginning of the next academic year," she explained. 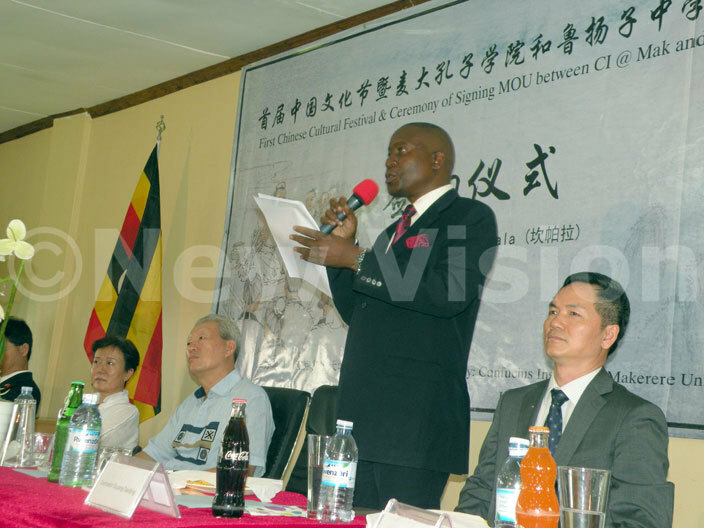 Prof. Oswald Ndoleriire the Director, Confucius Institute said the Chinese language is current taught at Makerere University but with this pact signed today a number of people would benefit.

"The memorandum we have signed will see Luyanzi College become a teaching centre for Chinese to teachers in Uganda, students and the general public in Bweyogerere and the areas around," he explained.

Ndoleriire added that, "as we the teaching of Chinese language in secondary schools will be rolled out next year, the country will be ready to take off  when the new curriculum rolls out."

Government in 2015 announced a new curriculum for lower secondary schools that would start next, in which science and technology for development have been given top priority but also the Chinese language.

The Chinese ambassador to Uganda Zhao Yali said the demand for learning Chinese and understanding Chinese culture among Ugandans was inevitable especially with the fast development of China-Uganda and more Ugandans visit and study in China and many Chinese choose Uganda as their destinations travel and investment. 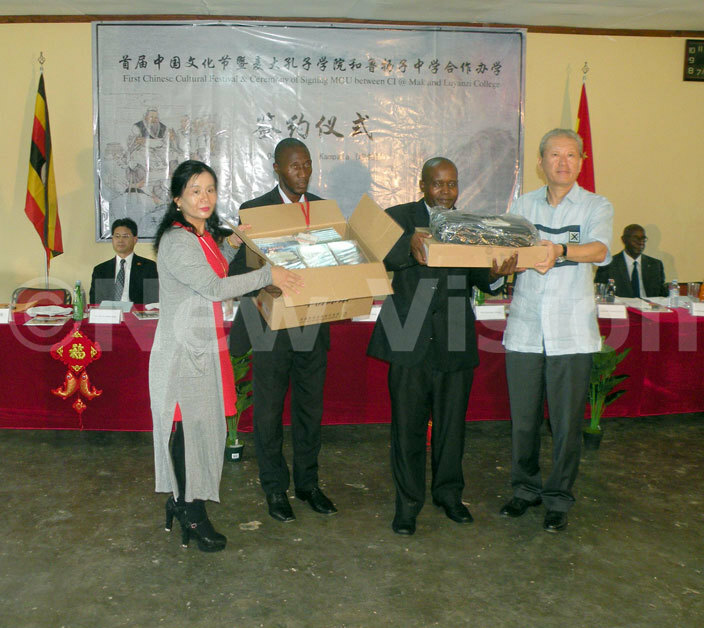 "China-Africa trade volume is now around USD200billion, and the China-Uganda bilateral trade is about USD500million. The cooperation between China and Uganda in the field of trade, investment, etc. has been largely expanded in recent years which has made our government to invest in the teaching of the language here," he explained.

The ambassador called upon students, teachers and the general public to come to Luyanzi College and Confucius institute to learn the language.

At the college over 500 secondary school students and 10 external learners are waiting for graduation in elementary Chinese language, phonetic system, Chinese characters, grammar and conversation.

"Every day we teach them to master the language slowly as they repeat the Chinese vowels and simple conversation," Tu Xi, a Chinese volunteer said.

Ayub Sooma the proprietor of the college said the students can now freely express themselves in the Chinese language.

"They were trained for three months in Chinese elementary language. They can now talk, greet, ask for water and they can bargain in any market using the Chinese language," Sooma said.