A mentor like few others, Prince leaves protege legacy

The prolific Prince wrote hits popularized by other artists

A Prince tribute takes place during the Jack U performance on day 1 of the 2016 Coachella Valley Music & Arts Festival Weekend 2 at the Empire Polo Club in Indio, California. AFP Photo

The prolific Prince wrote hits popularized by other artists

Prince may not have had biological children but he is survived by a vast number of proteges, who found in the late pop icon a mentor like few others.

For dozens of artists, most of them women and many plucked from obscurity, Prince became a cross between a producer and a father figure who would invite them into his inner sanctum, the Paisley Park complex in Minnesota.

The Purple One, who suddenly died last week at age 57, was legendary for his stamina and capable of playing virtually every instrument on his own.

But he nonetheless delighted in working with lesser-known musicians, some of whom would perform in his back-up bands or side projects such as The Revolution, Apollonia 6 and The Family. 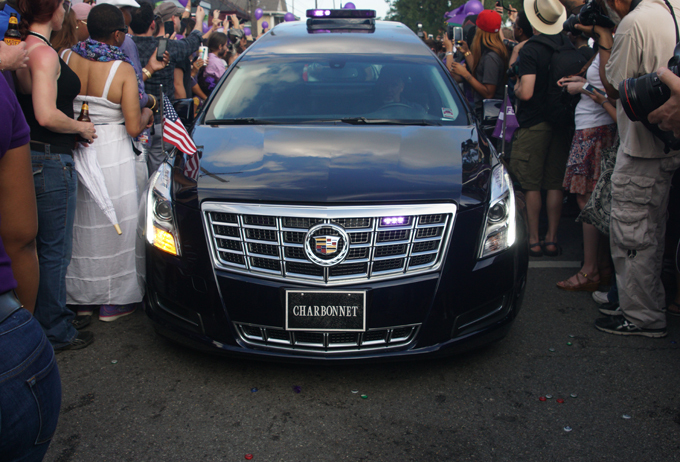 Thousands of locals celebrate the life of Prince at the second line memorial parade in New Orleans, Louisiana. AFP Photo

Artists who saw their careers rise or be revived thanks to Prince include pop singers Sheila E. and Sheena Easton, "Queen of Funk" Chaka Khan, R&B great Mavis Staples and dancer-turned-singer-turned-model Carmen Electra.

The prolific Prince also wrote hits popularized by other artists -- including Sinead O'Connor's "Nothing Compares 2 U" and The Bangles' "Manic Monday" -- but with most of his protégés, he appeared to rejoice in a backseat production role rather than pushing his own sound.

Ingrid Chavez, a poet and songwriter, met Prince at a bar in 1987 when she was living in Minneapolis and shared her writing with him. She said he contacted her a few nights later.

"He was like, 'I have a studio I want you to go in and produce something,'" she told AFP.

"I came out with something that he thought was really strange, but it was uniquely me and he knew that I did what I said that I do," she said.

Chavez soon appeared on Prince's "Lovesexy" album on tracks including "Alphabet Street" and portrayed the pop star's love interest in the 1990 movie "Graffiti Bridge," a sequel to the classic "Purple Rain."

As for her own work, Chavez in 1991 released through Paisley Park Records an album of spoken word -- true to her artistic wishes but going against pop formulas.

So why did one of the era's most celebrated musicians spend so much time with little-known artists? For Chavez, Prince simply enjoyed making music and understood the deep gratification of finishing a recording.

"I know it's kind of silly sounding, but I think he really enjoyed seeing people's dreams come true, if he thought you had enough potential and drive and you believed in yourself," she said.

"In my heart, it will be my little record that I wish he could have heard," she said.

Collaborations are not rare in the music world, with hip-hop in particular full of tie-ups.

But Prince was unusual in the sheer extent to which he discovered and championed artists, many of them far from being household names.

In his final months he would make weekly recommendations on streaming service Tidal where he recently heaped praise on little-known soul singer Sidibe.

Prince, who defied conventional record releases, last year sent widely to reporters a free download of the debut album recorded at Paisley Park by R&B singer Judith Hill, whom he declared would become a superstar.

Hill, best known earlier as a contestant on the television show "The Voice," wrote on Twitter after Prince's death that she felt "scared and alone."

Prince was not without critics. O'Connor had a notable feud with Prince, the details of which are contested.

Wendy Melvoin, a guitarist with The Revolution, said that Prince sincerely believed in the musical worth of his proteges but added that many of them would not ordinarily have been able to sell records.

"Prince liked to be your savior. He liked to promise the world to you and he liked to be the guy who could deliver that to you and make you feel bigger than life," she told Out magazine in 2009.

Prince's last back-up band was an all-female trio called 3rdeyegirl, whose drummer Hannah Welton is married to Joshua Welton, a co-producer and musician with Prince.

In an emotional tribute to Prince that she posted Monday on social media, Welton, who is pregnant, said that Prince "loved love" and encouraged the married couple to spend maximum time together.

"Prince quickly became more than just 'the artist' to us. He wasn't our 'boss.' In fact he didn't like it when people called him that.

"He was our GREAT friend. Our mentor. Our confidant. Our brother. And (he) even became somewhat like a protective father figure over us."

Tecno Mobile Uganda partners with MTN to launch the Camon 15