According to police, they were not informed three days to the event

According to police, they were not informed three days to the event

Police on Monday blocked a peaceful demonstration by small stakeholder farmers who wanted to march through the Makerere Hill Road and the surroundings of Makerere University protesting against the Members of Parliament tax exemption on their allowances.

According to the Police letter signed by K.Fred Ssekiwere on behalf of the Inspector General of Police, the protesters were denied permission to hold a peaceful demonstration because they didn't notify the police three days before the event. 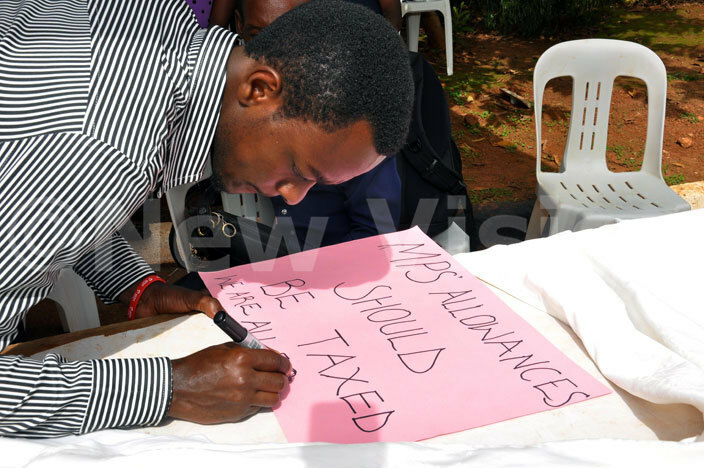 The Police acknowledged the receipt of the letter reference DEN/LET/16/04/16 tittle "Request for Assembly by DENIVA Members," on April 25, the day the anti-demo was to take place.

According to Justus Rugambwa the executive director of Development Network of Indigenous Voluntary Association he said he notified the Police earlier having contacted the Nakugube Police Post whose officer in charge referred him to Central Police Station who also failed to help but referred him to Police headquarters. 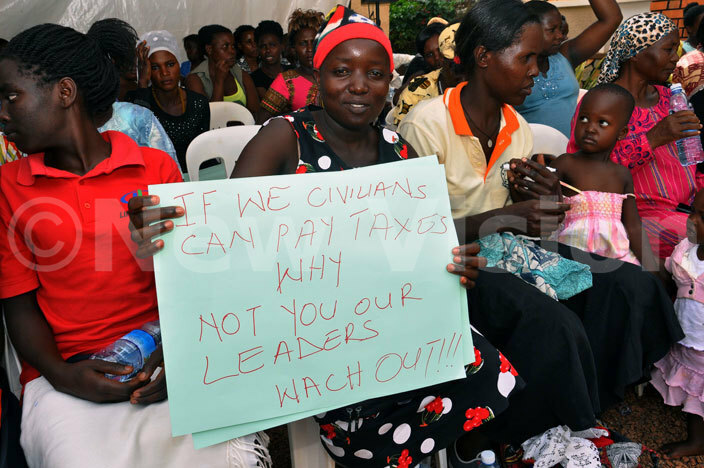 "However, your request is not granted because according to Public Order Management Act (POMA) section 5, you are asked to inform the Police at least three days before the day of assembly," reads part of Police letter.

The demonstrators were reacting to the move by legislators to amend the Income Tax Act to exempt themselves from paying taxes on their allowances. 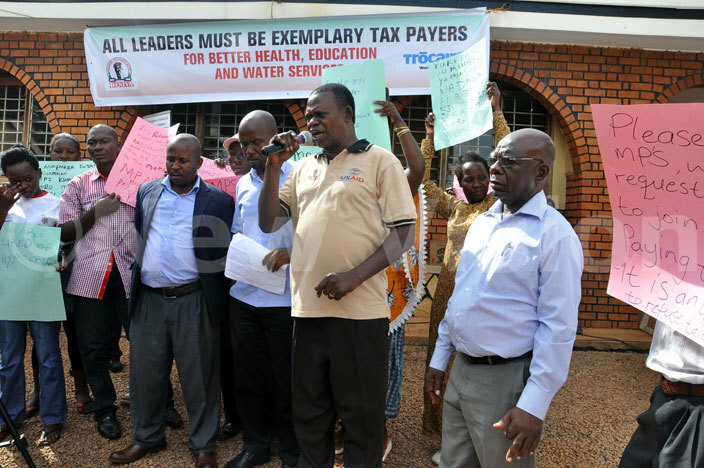 The farmers under the umbrella organization Development Network of Indigenous Voluntary Association instead converged at the associations offices in Makerere near Law Development Centre holding placards urging MPs to pay taxes on their allowances.

Rugambwa the association's executive director said. "The tax burden should be equitable and should be borne by all able bodied working citizens without discrimination." 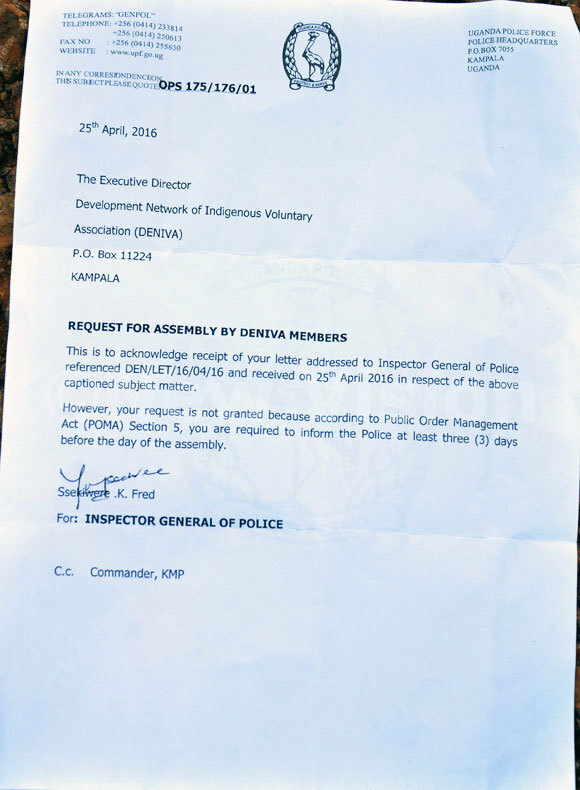 Sir George Cartland, the colonial governor with a heart for Uganda

Why 'King' Mumbere is not Kabaka Mutesa II