Eliud Kipchoge and Jemima Sumgong gave a timely boost to the tarnished reputation of Kenyan athletics on Sunday with courageous wins in the men's and women's London Marathons.

Kipchoge set a new course record for the men in winning the full-distance London race for the second straight year.

The 31-year-old former track star clocked an official time of 2hrs 03mins 04secs, the second fastest run in history over the distance, just seven seconds shy of the world record set by fellow Kenyan Dennis Kimetto at the Berlin Marathon in September 2014. 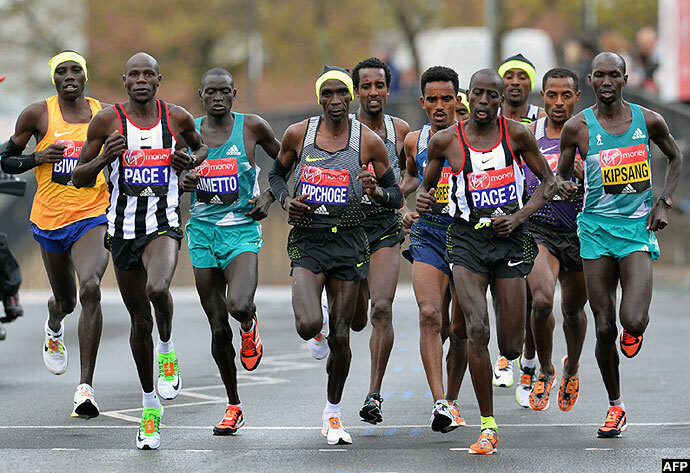 The men's elite race started off at a great speed, thanks to the pacemakers who led the pack 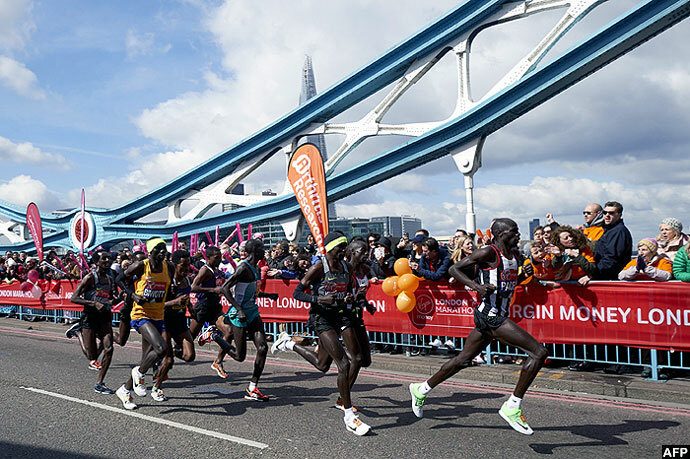 Crowds along the course cheered on the elite runners as they sped past. Want to know what speeds these guys are running at here? Jump on your bicycle and you will find yourself trying to keep up . . . for the whole race

Eliud Kipchoge made his intentions known right from the word go. He kept in touching distance with the pace makers, who would eventually drop off at given points of the race 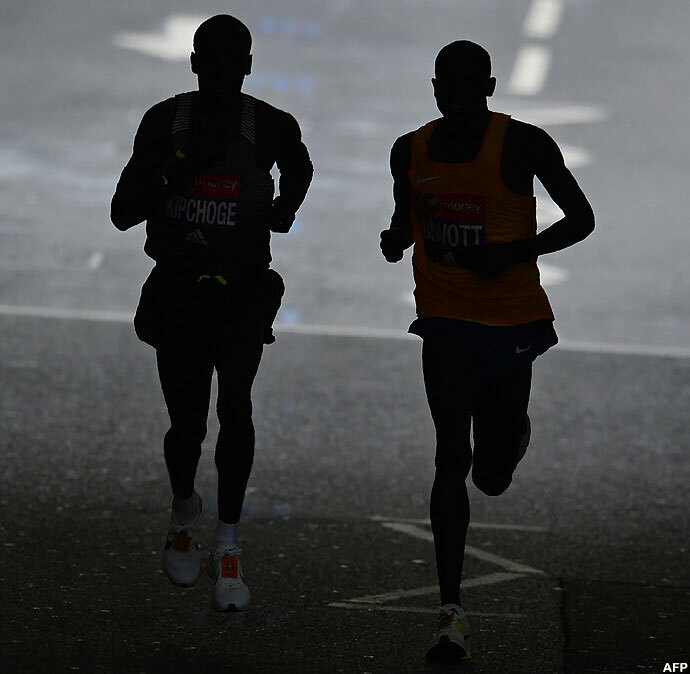 With time, the it became a two-horse race as Kipchoge and fellow countryman Stanley Biwott tore away from the rest of the pack 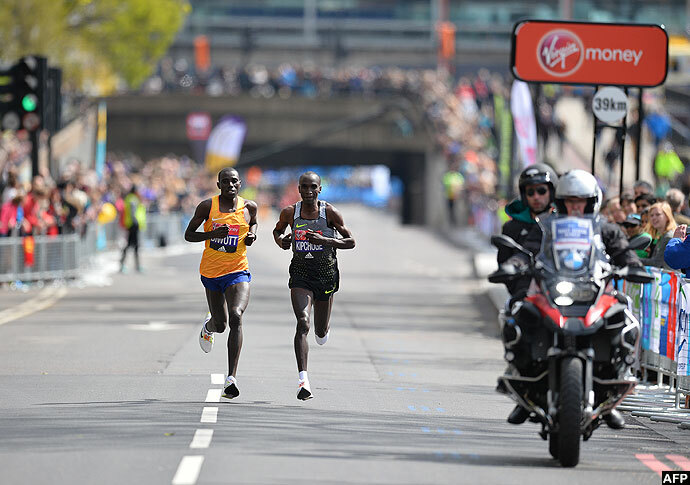 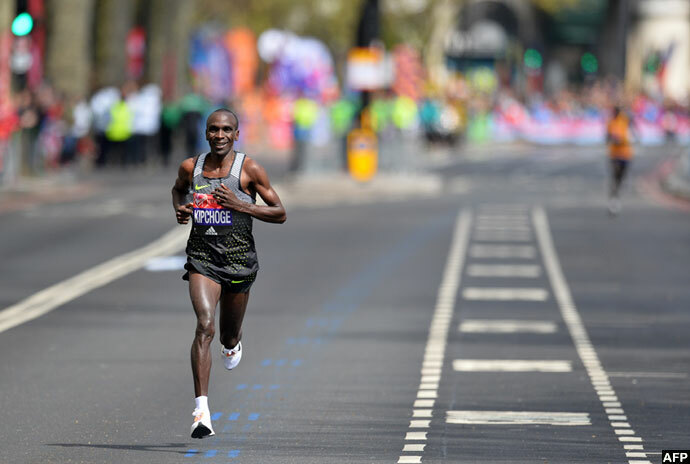 But with about three kilometres to go Kipchoge broke clear of Biwott, even affording a smile at one point. He knew he had it in the bag . . . 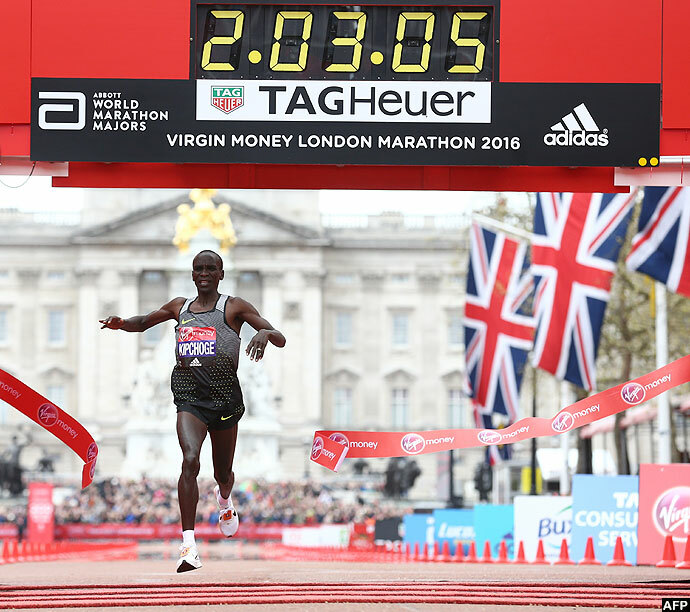 The 31-year-old, looking ever comfortable and not showing signs of tire, sprinted home well ahead of Biwott, with track legend Kenenisa Bekele of Ethiopia in third 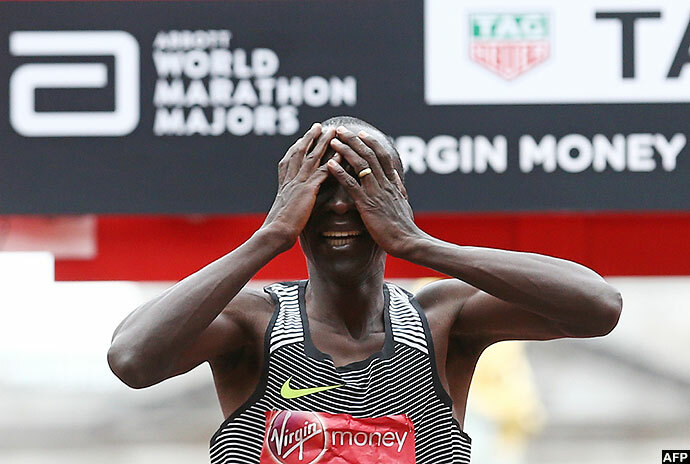 But despite his incredible race, Kipchoge buried his face in his hands when he realised how close he had come to beating the current world record set by fellow Kenyan Dennis Kimetto at the Berlin Marathon in September 2014 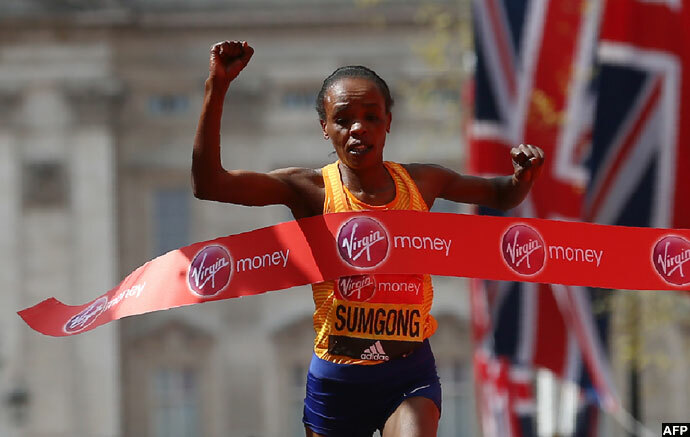 Meanwhile, another Kenyan, Jemima Sumgong, beat all to the women's elite race . . . even after tripping and surviving a bad fall late in the race 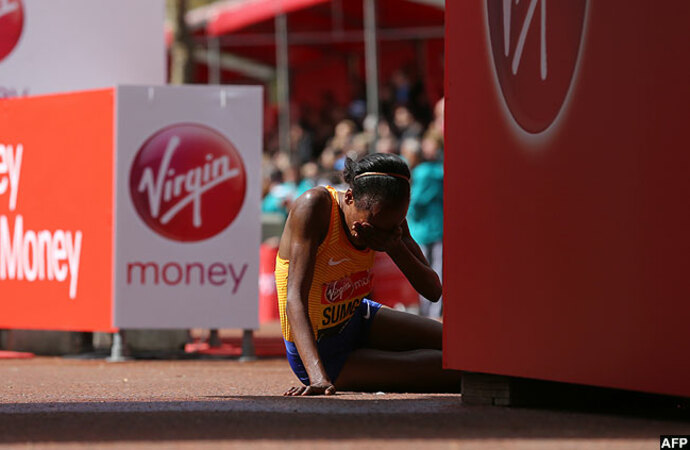 And it was scenes of emotion as she won the race, clocking an unofficial time of two hours 22 minutes and 58 seconds 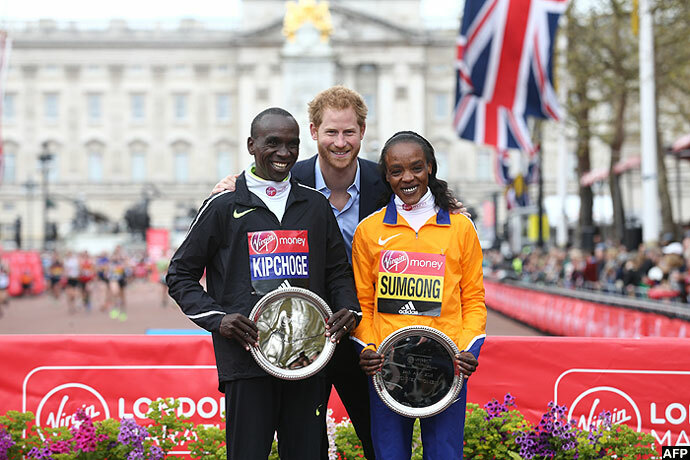 In this lovely picture, Kipchoge and Sumgong pose with Britain's Prince Harry during the winners presentations for the elite races of the 2016 London Marathon in central London 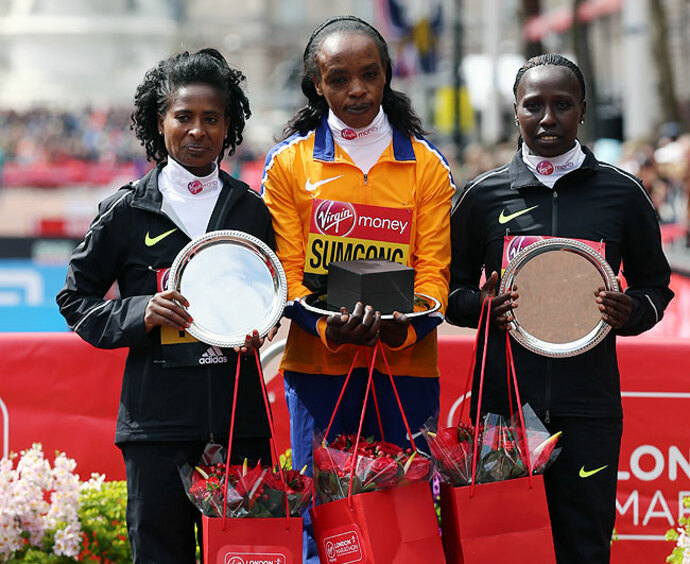 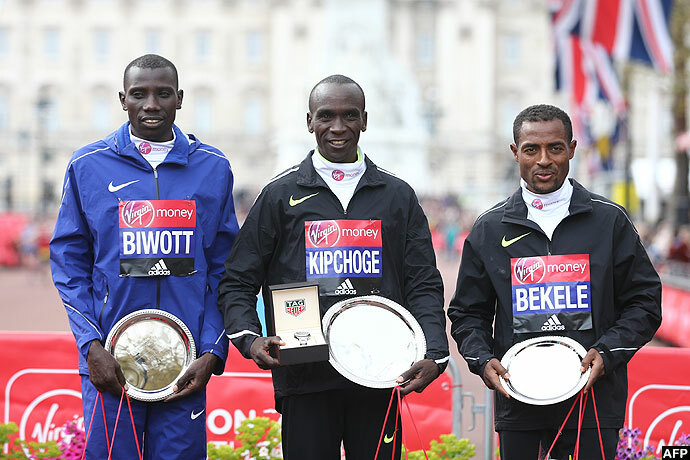 Animal vaccination against rabies gets underway

Rabies kills but can be controlled

Rabies on the increase