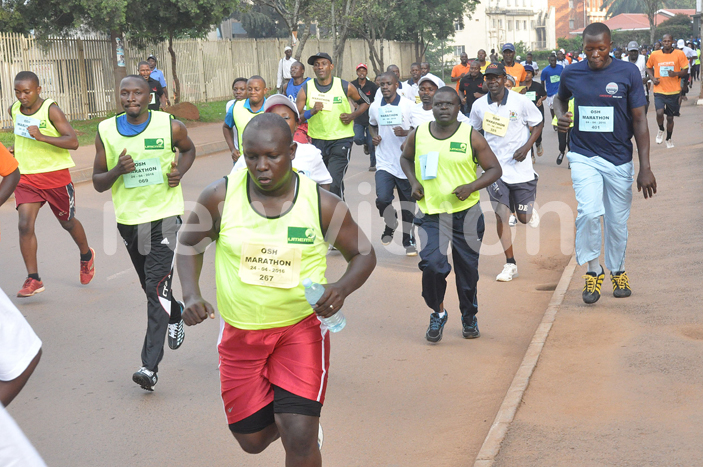 Over 200 runners braved the Sunday morning drizzle and participated in the Occupational Safety and Health (OSH) run in Kampala.

The Ministry of Gender Labour and Social Development organized run is one of the activities to commemorate the World Day of Safety and Health at Work that falls on April 28.

The 5km race that began and ended at the Ministry Headquarters at Simbamanyo House, attracted both men and women runners from different corporate companies.

Other activities included general cleaning at Naguru hospital on Monday and the First National OSH Dialogue at UMA Conference Hall on Tuesday ahead of the main celebrations due on Thursday at the CHOGM grounds near Parliament, where there will be speeches, exhibition and entertainment.

This year, “Workplace Stress: a collective challenge” is the theme of the campaign of the World Day for Safety and Health at Work. The report will draw attention to current global trends on work-related stress and its impact. 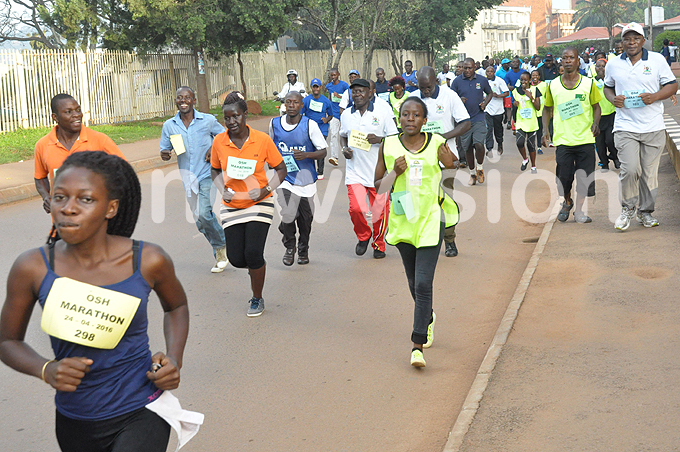 The International Labour Organisation celebrates the World Day for Safety and Health at Work on the 28 April to promote the prevention of occupational accidents and diseases globally. It is an awareness-raising campaign intended to focus international attention on emerging trends in the field of occupational safety and health and on the magnitude of work-related injuries, diseases and fatalities worldwide.

The day is also the International Commemoration Day for Dead and Injured Workers organized worldwide by the trade union movement since 1996. Its purpose is to honour the memory of victims of occupational accidents and diseases by organizing worldwide mobilizations and awareness campaigns on this date. 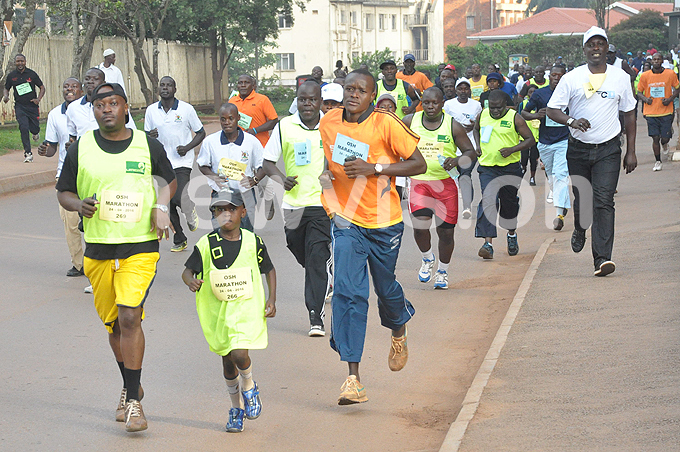 According to the ILO today, many workers are facing greater pressure to meet the demands of modern working life. Psychosocial risks such as increased competition, higher expectations on performance and longer working hours are contributing to the workplace becoming an ever more stressful environment.

“With the pace of work dictated by instant communications and high levels of global competition, the lines separating work from life are becoming more and more difficult to identify. In addition, due to the significant changes labour relations and the current economic recession, workers are experiencing organizational changes and restructuring, reduced work opportunities, increasing precarious work , the fear of losing their jobs, massive layoffs and unemployment and decreased financial stability, with serious consequences to their mental health and well-being”.