Kalangala miracle: from stones to Dominic'...
Next Story

Something pleasantly fishy about Mulungo

He fished out some whitish flesh which disappeared in his mouth like an ATM card.

He fished out some whitish flesh which disappeared in his mouth like an ATM card.

It's the lunch-time hour and perhaps, after missing your breakfast earlier this morning, you are intent on having an early lunch. And if you are craving a plate with fish on it, then how about Titus Kakembo inspires you with his own ‘fishy experience'! Here goes:

Until recently fish around Kampala city used to die of old age. But given the population explosion, if one took a casual tour of landing sites like Gaba, Port Bell and Mulungo, they ought to be prepared to part with between sh10,000-sh30,000 for a deep-fried Nile Perch or Tilapia with deep-fried potatoes, kachumbali and katogo.

While sipping an ice-cold beer, with the little ones beaming with smiles because Mirinda Fruity had dyed their tongues, I beheld a spectacle as a couple sauntered in and had their two orders delivered. Forget the ‘ladies first' principle. As the lady had her feet manicured, her partner folded the sleeves of his shirt before washing his hands. 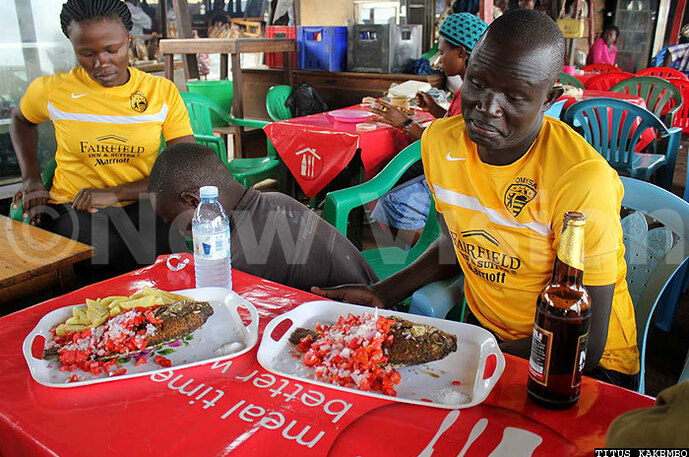 He then dug his forefinger into the tail end and fished out some whitish flesh which disappeared in his mouth like an ATM card. It was sent down his throat with a sip of beer. For about 10 minutes, this diner was concentrating on his fish with maximum attention. Swish, swish sounds were audible as he shut his eyes and sucked the soup from the bones. Beads of sweat matted his face by the time he did the last swish.

By this time, my little ones 4-year-old Forsyth and his sister Marina, 6, had their portion delivered on our table. I volunteered to help them edit the flesh from the bones but they argued that it kills the adventure. So the girl observed that the fish seems to be smiling at her. She dug her little finger in one of the eyes. The boy overturned it and wolfed the remaining one. 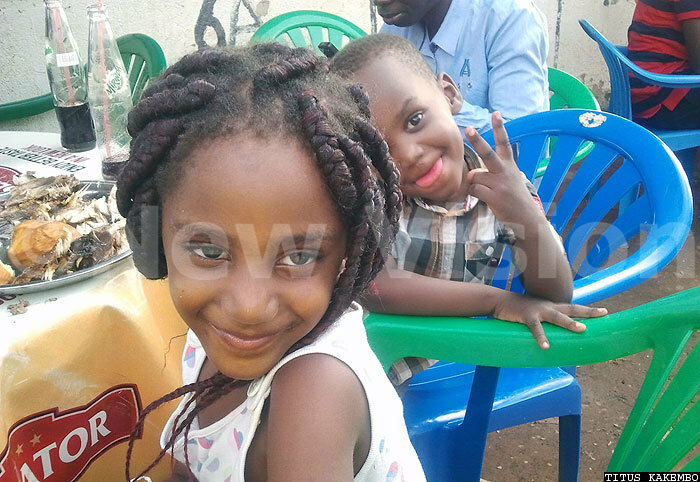 The little ones, caringly, requested me to mind a "Daddy Juice" (beer) which I did by ordering another pint. Finally Marina came up with a theory that eating the head of a fish makes her very brilliant in class. She insists such fish eating trips ought to become more constant if her grades are to improve steadily. Smart kid!

Once done, I wondered whether I saw the man across the table drop on a bended knee to propose to his lover or it was just the beer that was making my mind very creative. We departed.

Try it out there. I bet you will love the fishy lunch!

An artist's impression of a fishy day in Munyonyo Speke Resort, located on the shores of Lake Victoria

What is killing Uganda's agricultural sector?