No signs of trauma, suicide in Prince deat...
Next Story

The spokeswoman, Anna Meacham, said that Prince was cremated on Saturday and that his ashes' "final storage will remain private

INDIO, CA - APRIL 22: A picture of the late Prince is seen during day 1 of the 2016 Coachella Valley Music & Arts Festival Weekend 2 at the Empire Polo Club on April 22, 2016 in Indio, California. Frazer Harrison/Getty Images for Coachella/AFP

The spokeswoman, Anna Meacham, said that Prince was cremated on Saturday and that his ashes' "final storage will remain private

Loved ones cremated pop icon Prince on Saturday with his final resting place to remain a secret, two days after his sudden death stunned the music world.

The 57-year-old "Purple Rain" creator, one of the most acclaimed and unique artists of his generation, will eventually be honored with a concert, his spokeswoman said.

The spokeswoman, Anna Meacham, said that Prince was cremated on Saturday and that his ashes' "final storage will remain private."

"Prince was celebrated by a small group of his most beloved: family, friends and his musicians, in a private, beautiful ceremony to say a loving goodbye," she said in a statement, with a faint echo of the opening lines to "Let's Go Crazy."

"An announcement will be made at a future date for a musical celebration."

The pop legend, renowned for his stamina and prolific musical output, died suddenly Thursday at his Paisley Park estate near his birthplace of Minneapolis.

A Prince fan carries her dog past a sea of purple balloons and flowers at a memorial wall outside the Paisley Park compound in Minneapolis, Minnesota, on April 23, 2016. There was no evidence of trauma on Prince's body when he was found unresponsive in an elevator at his huge compound or any indication the late music icon committed suicide, US authorities said on April 22, 2016. / AFP PHOTO / Mark Ralston

While the place of the cremation was unclear, the private service appeared to take place at Paisley Park which was full of commotion on Saturday, with an AFP photographer counting around a dozen cars parked inside its gates in the suburb of Chanhassen.

Two staff members came out with a large vase of flowers in Prince's signature purple, some of which they pulled out to give to fans who applauded in gratitude.

Maurice Phillips, Prince's brother-in-law who is married to his sister Tyka, also took the time to come out to chat and take pictures with the fans.

Cause of death mysterious

The cause of Prince's death remains a mystery.

The spokeswoman, in line with statements from authorities, said that at least four weeks would be needed for results of the autopsy conducted before the cremation.

Prince had been hospitalized a week earlier complaining of flu-like symptoms after his plane made an emergency landing on his way back from Atlanta where he performed what would be his final full-fledged concerts. 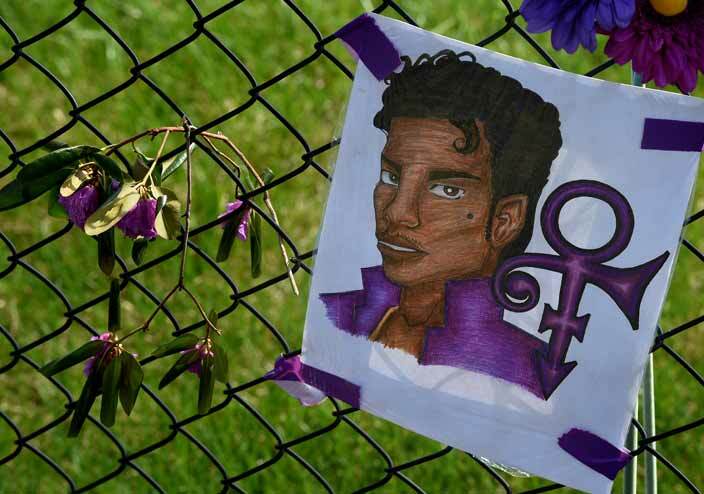 A Prince portrait and flowers left by fans outside the Paisley Park compound Minneapolis, Minnesota, on April 23, 2016. There was no evidence of trauma on Prince's body when he was found unresponsive in an elevator at his huge compound or any indication the late music icon committed suicide, US authorities said on April 22, 2016. / AFP PHOTO / Mark Ralston

Authorities plan in the coming days to search Paisley Park -- Prince's sprawling headquarters that was home to a state-of-the-art studio and vaults of vast unreleased work.

But Carver County Sheriff Jim Olson told reporters Friday that the move was routine, with no indication of suicide or foul play.

The celebrity news site TMZ has reported that Prince's earlier hospitalization may have been triggered by an overdose of an opioid-based painkiller.

Prince was legendary for his marathon performances, which would often last until dawn, but had hip surgery several years ago and suffered epilepsy as a child.

Prince, despite his personal eccentricities, was widely hailed as one of the greatest musicians of his generation, creating a unique brand of danceable funk and mastering the guitar so extensively that he could play it behind his back or blindfolded. 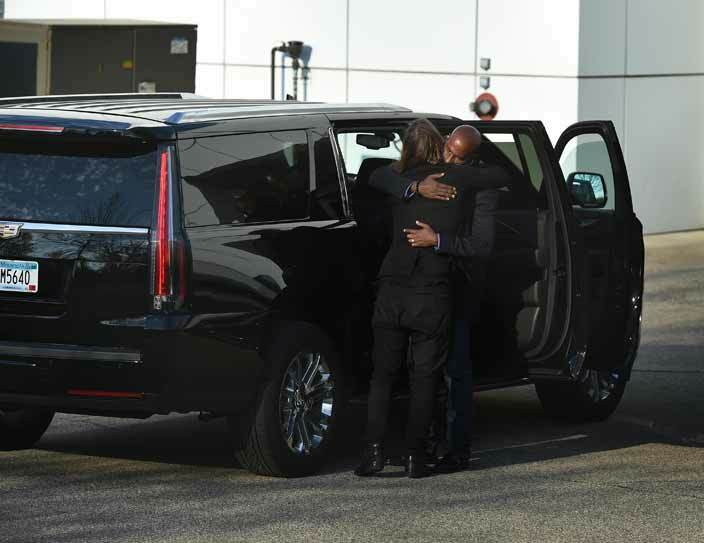 Guests console each other April 23, 2016 following a memorial service inside the Paisley Park compound of music legend Prince, who died suddenly at the age of 57, in Minneapolis, Minnesota. Family, friends and musicians attended the service after the remains of Prince were cremated before being placed in a private location. / AFP PHOTO / Mark Ralston

Tributes have come from throughout the music world and beyond.

Democratic presidential candidate Hillary Clinton on Friday came out to "Let's Go Crazy" on a campaign stop in Pennsylvania, calling Prince "extraordinary" and an "American original."

US President Barack Obama, who invited Prince to play at the White House last year, earlier hailed him as "one of the most gifted and prolific musicians of our time."

Prince became the sudden star of the second weekend of Coachella, the premier music festival which takes place in the California desert.

The English pop singer Ellie Goulding sang "When Doves Cry" at Coachella while Mavis Staples, the 76-year-old R&B great once signed to Prince's label, broke down with emotion before offering a rendition of "Purple Rain."

Saturday Night Live, the weekly comedy show, planned a special "Goodnight Sweet Prince" episode featuring some of its frequent skits about the entertainer as well as his performances.

Prince himself was no stranger to tribute songs. Videos posted by fans revealed that at his final show in Atlanta he performed "Heroes" by David Bowie, another music legend who died several months earlier.