The new campus accommodates the schools A’level students. Construction was completed in 2014.

One of the classroom blocks at Mulawa campus

The new campus accommodates the schools A’level students. Construction was completed in 2014.

The new campus's buildings have a spotless and sparkling look about them.

It is almost as if they are straight out of a bandbox. On the face of it, the buildings seem like they have not been used before.

The new campus accommodates the schools A'level students. Construction was completed in 2014.

The Mulawa campus is unlike the old school campus at Makerere, by its appearance. 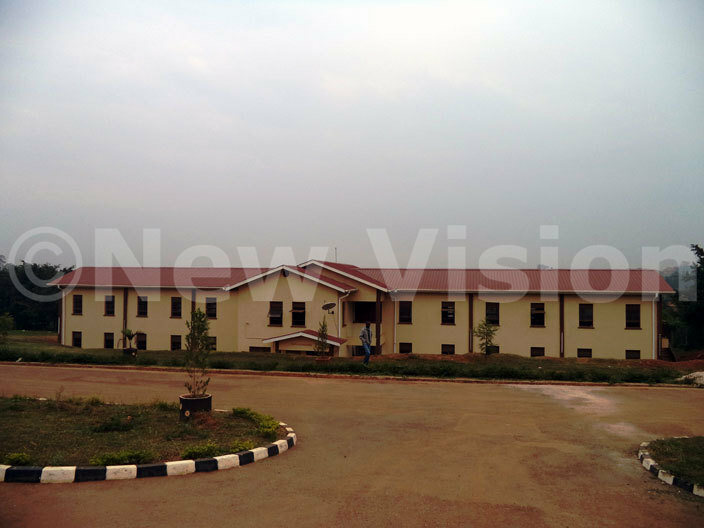 Boys dormitory at the new Makerere College campus at Mulawa

"It is more spacious and serene. That, by all accounts, makes it the more ideal for academic study and extracurricular activity," Emmanuel Otim, the Dean of the Upper School, Makerere College School, explains.

At the old Makerere College campus, students have to move out to play their favorite sports because of limited space. At the new campus, there is enough room and to spare.

The new campus also has splendid boarding facilities for both the boys and the girls. 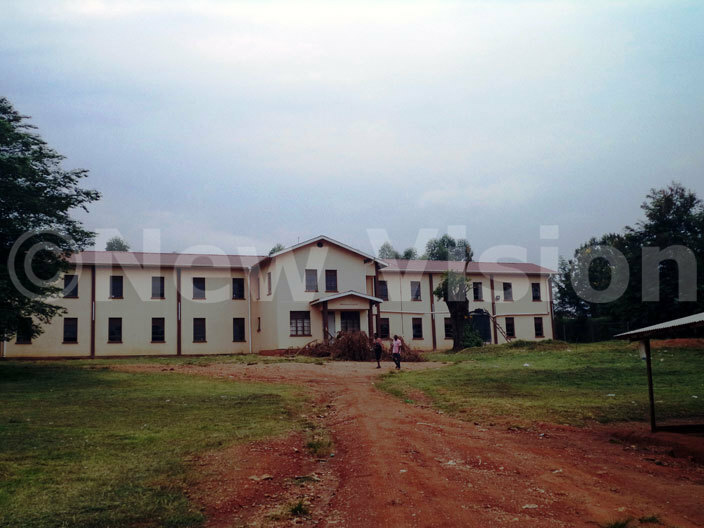 The scope of works for the school included construction of an administration block with offices, a multi purpose storied block with nine classrooms with 2 multi purpose science laboratories, 2 storied dormitories (one for boys and one for girls) and external works including fencing and walkways.

The education ministry with the support of the African Development Bank has done the construction at this school, at a tune of sh1.47m.

Under the project, the school also received 100 single seater desks, with 100 chairs for the classrooms, text books, sports equipment, and an assortment of science equipment for biology, chemistry and physics.

The African Development Bank in partnership with Forum for African Women Educationalists also sponsored 10 students and a total of Ug shs 1,330,000 was availed to support the HIV/AIDS club at the school.

At a glance, it is easy to discern how the new campus has added adornment to an area, hitherto still replete with thickets in its environs. When juxtaposed with the new buildings opposite the school gate however, there is every reason to like the beauty of this place.

For many Mulawa residents, the new campus is a welcome development.

"Makerere College is a school with a strong academic pedigree and a good student leadership program. The fact that it is joining other great academic giants in this area is a welcome move. Residents now have a chance to give their children the best education in one of Uganda's best schools, "Paul Muwonge a resident of Mulawa says.

"Mulawa is a quiet place unlike other areas in Kampala. The quiet environment will come in handy for the school and its activities. The residents here are happy about this development. The school buildings are impressive. Many people are hoping that can be replicated in the school's academic performance," Rita Rugyendo, a resident says.

"At the new campus, we have sufficient land for expansion. The school has about 12 acres of land for that purpose. We also have the capacity to bring the O level campus here if the need to decongest arises. The new campus has enough classroom space and staff accommodation," Muyingo reveals.

The school will however, require more classroom blocks in the event of the relocation of the O'level section.

However, Muyingo says the new campus still lacks a multi-purpose dining hall, a kitchen and stores.

Concerns have grown too about the lack of partitions in the girl's dormitories at the new campus.

Margaret Nakazzi, the girl's warden says the long wide open spaces in the dormitories are not favourable to most girls.

"The girls prefer cubicles and other alternative partitioned sections. The toilets and washrooms are few and far between for the over 200 girls occupying them. There is also a problem of water shortage. Aside of that, the new campus is up to the mark. The classrooms are neat, the environment is tailor-made for study and the teachers are good," Nakazzi says.

The school according to records, started off as a demonstration school where innovations in holistic quality teaching could be tried out and the best practices made accessible to other schools and teachers in the country.

Makerere College School is listed among Africa's top 100 schools. The school has for years produced some of the best brains in Uganda.

In 2010, the school was ranked among the 10 best middle schools (O Level), based on analysis of S4 results for the ten years from 2000 to 2009. That academic trajectory has continued albeit at a low key level.

"Good, proficient and dedicated teaching and leadership is what has kept the school's academic flag flying high. Notwithstanding some challenges, the school has continued to perform well and has never really fallen off the good performing schools radar,"Otim says.

Current situation
Muyingo says the school has 95 teachers and 2,593 students, as of today. According to the school website, enrolment stands at 2393 with 1239 boys and 1159 girls.

"The student enrollment has increased through the years because of the quality education we provide," Muyingo notes. 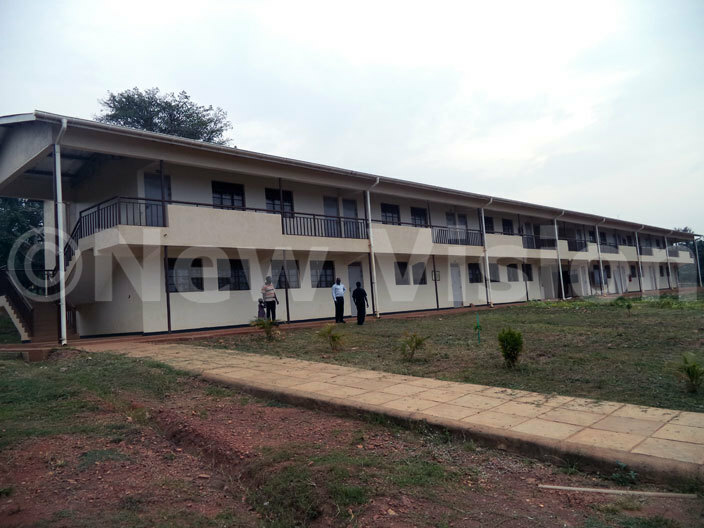 One of the classroom block

Through the last five years, there has been a gradual improvement in the school's academic performance, particularly at O' level.

Alex Kisitu, Old boy and worker at the school.
This new campus will go a long improving the academic standards of the school. It is incumbent upon the school leadership to ensure that that happens. The school's quiet environment makes it conducive and convenient for academic study.

Maureen Nabutsebi, Old girl, in her Senior 6 vacation.
The environment at the new campus is tailor-made for those who want to excel academically and I'm optimistic I will perform well. Most girls did not like the wide open space in the dormitory. Something should be done about that. There should be partitions in the girls dormitory.

Emmanuel Otim, Dean, Upper School, Makerere College School
Student enrollment has increased as a result of this development. The new school will inevitably need more classrooms and more facilities. The new classrooms are much bigger and spacious, than the ones we have at the Old campus. The compound is also spacious. That is something everybody is happy about.

Nile crisis must be solved to avoid conflict: report