Despite their elimination from the CAF Confederation Cup,SC Villa managed to beat Morocco's FUS Rabat 1-0 in the return leg at Namboole  stadium.

Umar Kasumba scored the only goal of the match through a penalty after Denis Kamanzi had been brought down in the penalty area.

Earlier the Moroccan side thrashed SC Villa 7-0 in the first leg over a week ago so they progressed to the next round 7-1 on aggregate.

FUS Rabat are the 2010 Confederation Cup winners and the only previous winners among the 16 clubs seeking play-off places.

They will take on one of the eliminated teams in the 2016 CAF Champions League second round in the final play-off round ahead of the group stages. 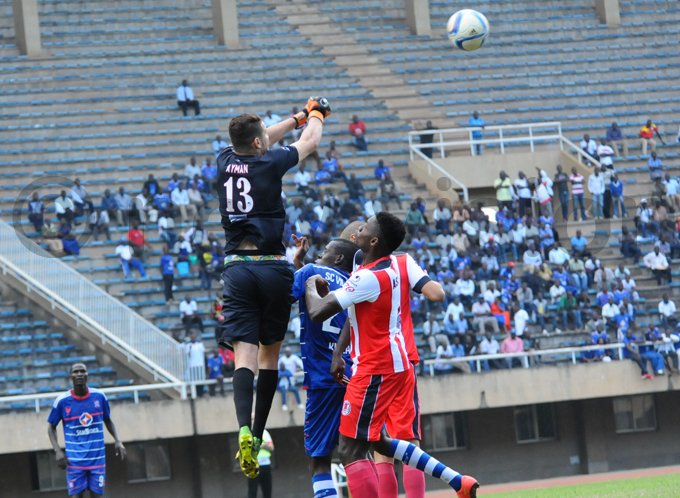 Rabat custodian Aymane Majid punches the ball away during the match. Photo by Mpalanyi Ssentongo