If you have travelled on Old Port Bell Road recently, you must have experienced the wrath of the potholes, which have taken over the road.

The smooth ride starts and stops at the section near the internal affairs ministry and then the dance of dodging potholes begins. 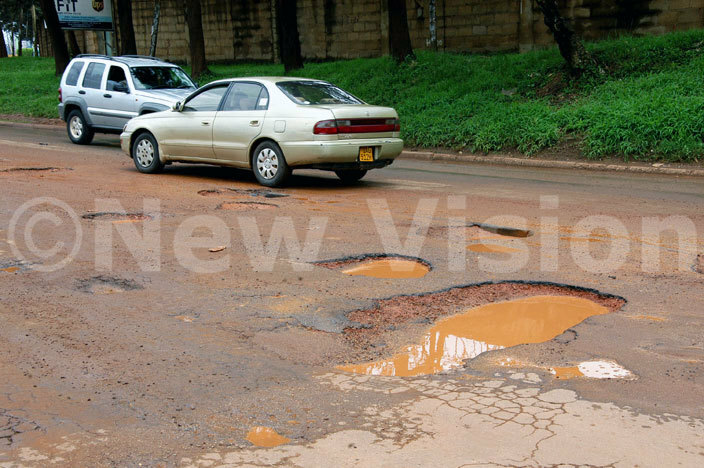 After Meat Packers, the dance gets more vigorous as the potholes that have evolved in ditches that are both deep and wide.

The immediate impact is the heavy traffic jam on the road as cyclists and motorists also jostle for the little tarmac left or attempt to negotiate their way around the swimming pools that the potholes have become during the current rainy season.

While many other roads around Kampala are either under repair or construction, Old Port Bell Road seems to have been forgotten. 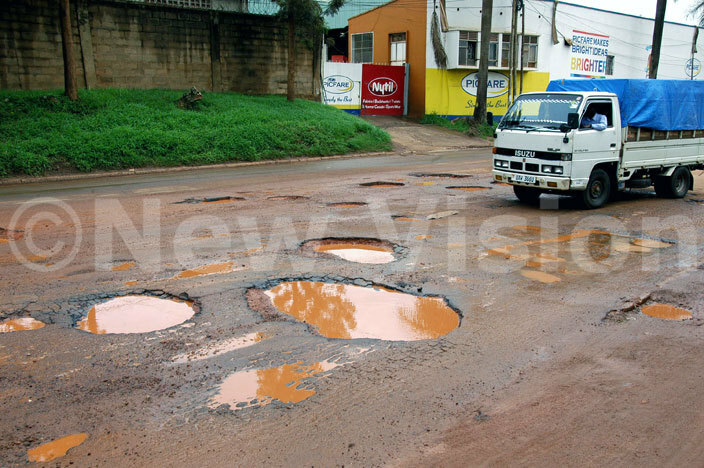 The mind boggles that although the Government bigwigs such as the Minister for internal affairs, chief justice and many more ply the road, none of them seems to pay attention to the its sorry state. Perhaps the big shots don’t feel the potholes as they cruise past in their four-wheel vehicles.

The worst stretch of the road is the section opposite National Water and Sewerage offices in industrial area, Shell Bugolobi, Jazz Supermarket junction, the MTN switch in Bugolobi to Jinja Road roundabout, the stretch from shell to Mutungo Luzira roundabout is probably the worst, Kasoli stage, Kitintale police area and then Luzira area opposite Quality Chemicals. 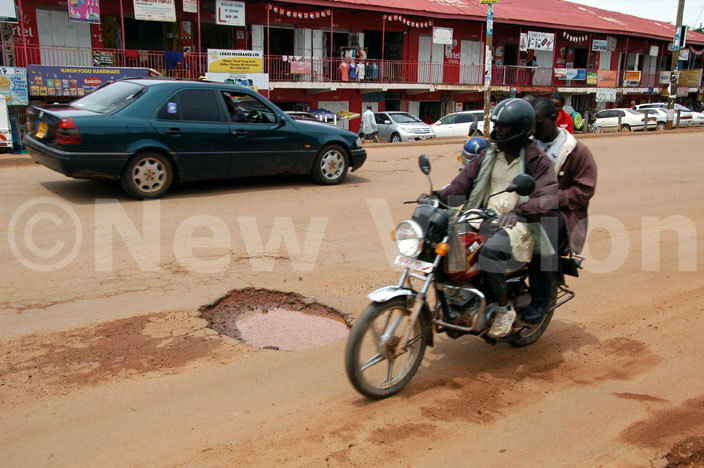 James Baguma, a resident of Kisenyi in Luzira, a Kampala suburb says, the road was constructed many years ago and since then, all he has seen are repairs and no serious works.

"Since then the road has been receiving patches of murram. KCCA (Kampala City Council Authority) members who carry on repairs need to be jailed for always making shoddy works on the road," he narrates.

He explains that they always, cover the potholes with murrum there after cover it with a small layer of tarmac. After a few rain showers, the repair works are undone by the rain. The water channels are never worked on hence the water has to flow all over the roads hence leading to destruction after a short while.

Resty Birungi, a resident of Mutungo, describes the road as a death spot and calls for construction not repairs because there are more potholes than tarmac. 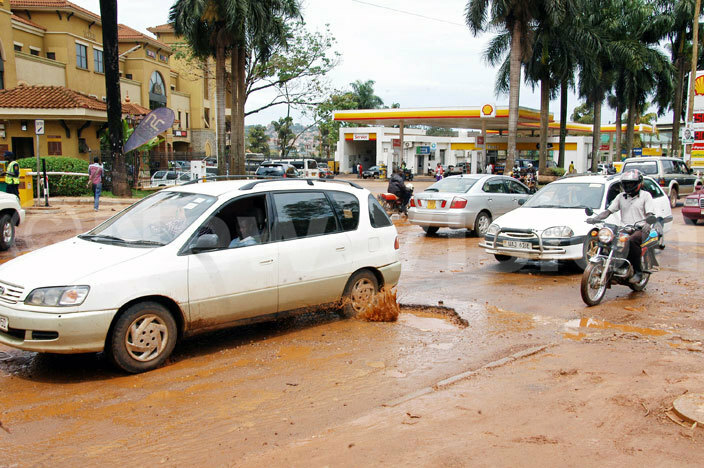 "They cover potholes and after two months they are all uncovered, this shows the shoddy works by the people who repair the road. The road is on its way to becoming a death trap. Boda bodas and vehicles have to fight for the scarce tarmac and in the end, many cyclists have been knocked. When it rains, the potholes become small ponds," she says.

She adds: "We were excited when they started some construction but it was short-lived. Now the rains have washed away all the murram that was used to fill the potholes," Birungi laments. 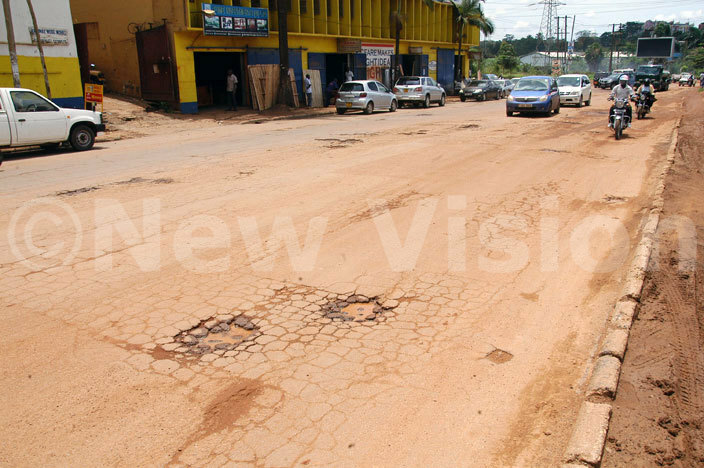 In 2014, Jennifer Musisi, the executive director KCCA, vowed to make Kampala "shine" following the approval of $175m (about shs484.23b) for the Kampala Institutional and Infrastructure Development Project (KIIDP)-II by the Parliament, however the users of both the old and new Port Bell roads are still waiting for their piece of this cake with their potholes. 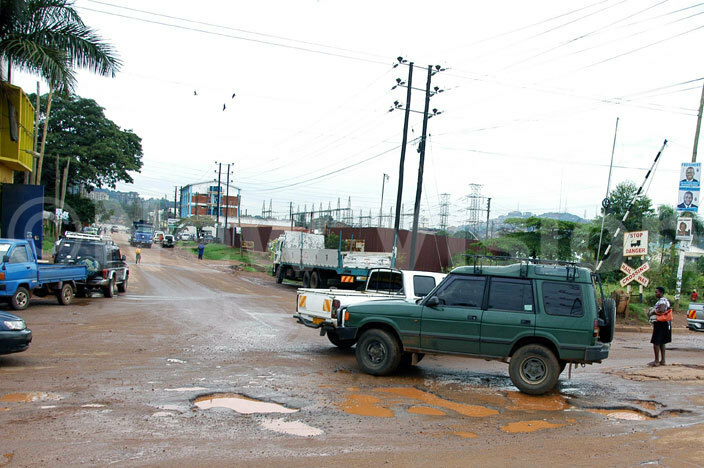 KCCA spokesman, Peter Kauju, says plans are underway to revamp the road under KIIDP fund once the designs are ready.

He, however, said KCCA had contracted Sterling Construction to repair the worn-out areas and drainages. He was, however, quick to add that the KCCA will institute an investigation on why the road breaks down shortly after repairs. 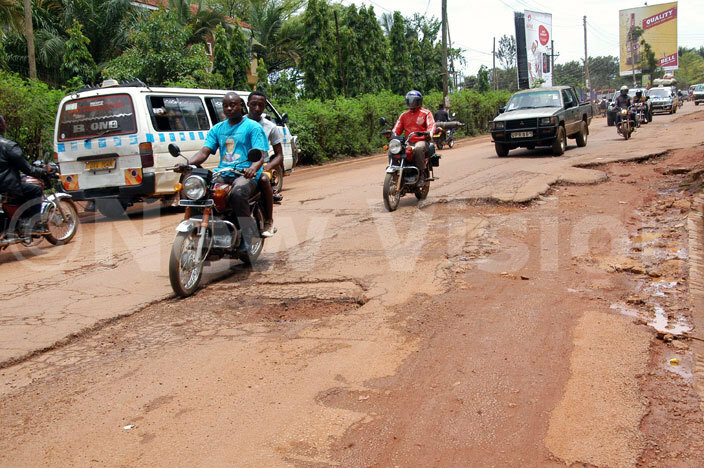 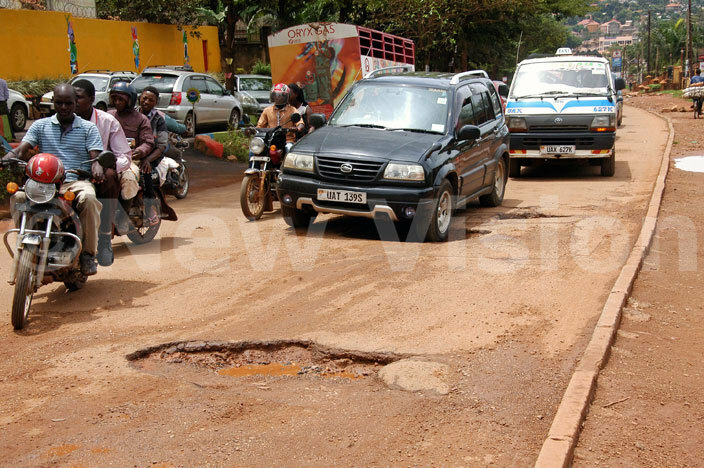