TOP National STORY
5 years ago .
Lokodo orders police to arrest Dr. Nyanzi for stripping
According to Lokodo, Dr. Nyanzi will be charged under the Anti-Pornography Act

Dr. Nyanzi who works at Makerere Institute of Social Research stripped and shared nude pictures on social media protesting the closure of her office.

"I have thrown my clothes outside Prof. Mamdani's office. I am naked as I cry out for my office," she posted on her Facebook wall.

Lokodo however, maintained that the professor went overboard.

"Even if she was offended by anybody, she behaved indecently. I condemn it in the strongest words possible and I have directed police to arrest her. She must be brought to book," the minister told New Vision on Monday.

According to Lokodo, Dr. Nyanzi will be charged under the Anti-Pornography Act. If court finds her guilty of the offence as per Clause 3 of the Act, she will get a two-year jail sentence or a fine of 500 currency points or both.

Nyanzi's standoff with the University

Makerere Institute of Social Research (MISR) director Mamhood Mamdani issued a statement on Saturday explaining the background to the management decision for her to vacate her office at MISR and take a seat at the MISR library because she had refused to teach in the MPhil/PhD programme.

In the statement, he indicated that Dr. Nyanzi in her application for the post of Research Fellow at MISR, she assured senior staff that she intended to teach in the PhD programme in line with resulutions passed by the University Senate in November 2011 and accredited by the National Council for Higher Education in July 2012. 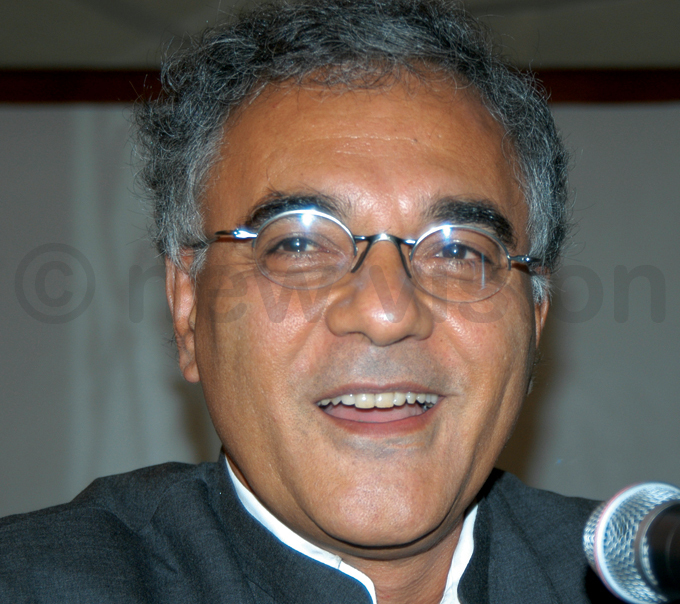 Dr. Nyanzi was confirmed in university service by the Appointments Board at its meeting on 28th October, 2013.

In June 2014 Nyanzi submitted two course 'Theoretical Perspectives on Gender' and 'Cultures of Protest and Dissent in Revolutionary Social Movements' that she intended to teach.

In a letter dated August 5, 2014, Dr. Nyanzi however changed her mind: "My contract with Makerere University does NOT include any teaching duties. In our verbal discussions, I have constantly refused to teach on the MISR PhD which was started after I was appointed into my current position. I have never indicated that I will teach on the PhD next year. The advertisement for my position did not include any teaching job responsibilities because MISR was not a teaching institute at the time. As far as I am concerned, my terms of employment have never officially changed."

Mamdani explained that since her appointment at MISR, she has done only private research.

He added that he wrote to the Director, Human Resources, requesting advice on the next step to take on this matter and is still awaiting a response.

Who is Stella Nyanzi?

Stella Nyanzi is a medical anthropologist with a PhD from the University of London based on ethnographic fieldwork of youth sexualities, sexual and reproductive health in The Gambia.

She has fifteen years of social science research experience in rural southwestern and urban central Uganda in the broad areas of heterosexual behaviour in the time of HIV/AIDS, adolescent sexual behaviour, female control of sexuality, transforming masculinities during the AIDS epidemic, the gender differentiation of reproductive health, alternative healing - specifically Balokole Pentecostal healing of HIV/AIDS and transforming performances of death, disposal and widowhood.

Her current research at MISR comprises ethnographic inquiry into the politicisation of homosexualities in contemporary Uganda - with a focus particularly on unpacking mainstream religious framing of and contestations about sexual citizenship.

Dr. Nyanzi is also conducting research about the vulnerability and resilience of young (refugee and internally displaced) women in Uganda towards HIV/AIDS.