Kabaka of Buganda Ronald Mutebi flanked by the Nnabagereka Sylvia Nagginda prior to cutting the cake to mark his 61st birthday. Photo by Kennedy Oryema

The rain did not deter people to line up along Masaka Road to have a glimpse of their Kabaka as he headed to the function venue. Several groups were seen drumming and singing pro-Buganda songs at different spots.

Many guests abandoned their vehicles along the way and walked to Buddo due to heavy traffic which stretched from Budo Junior School about a kilometre to the main venue.

Security was tight with all guests subjected to thorough check.

The Kabaka accompanied by the Nabagereka arrived at the main venue, Kings College playground at about 11:00am and was welcomed by Katikkiro Charles Peter Mayiga and the school's headmaster Patrick Baka Male.

He was treated to a variety of entertainment from several schools including the host school, his former school Budo Junior and local artists including Mathias Walukaga and Meshach Semakula among others. 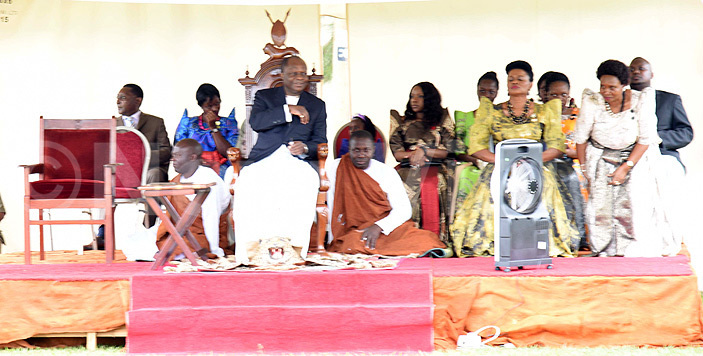 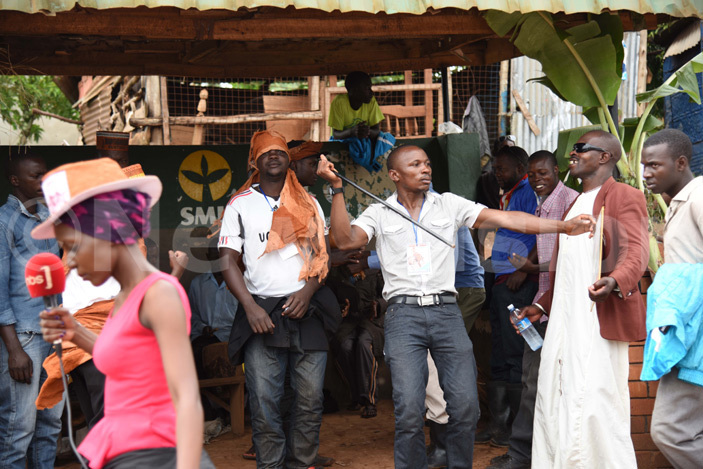 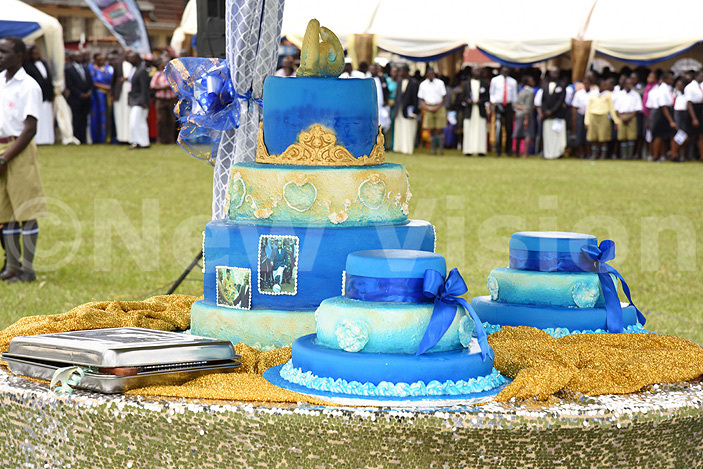 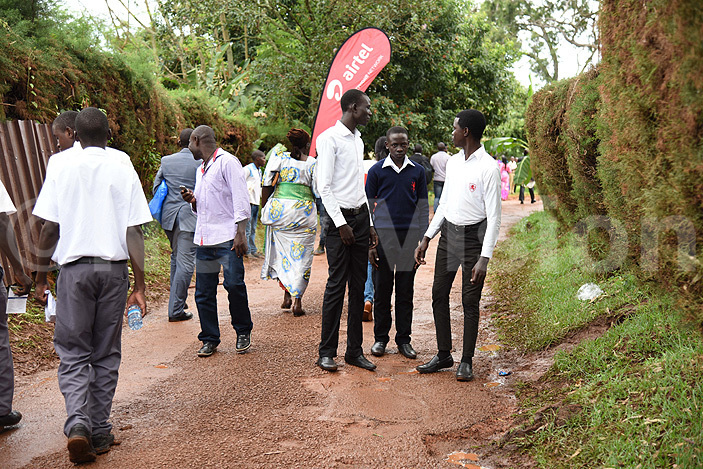 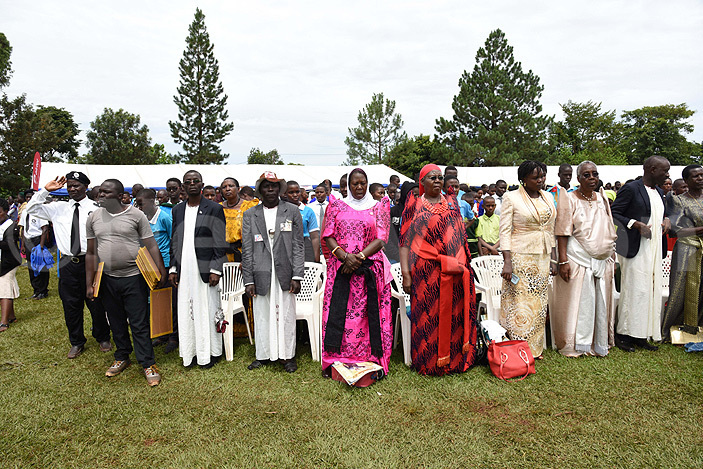 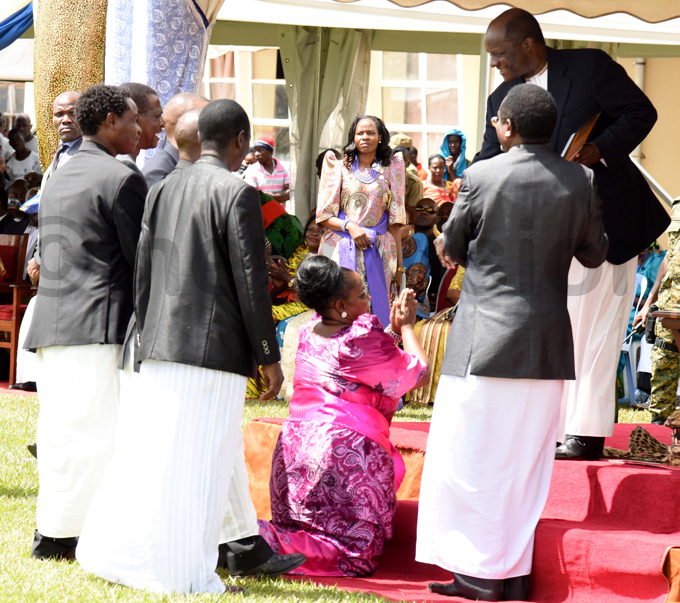 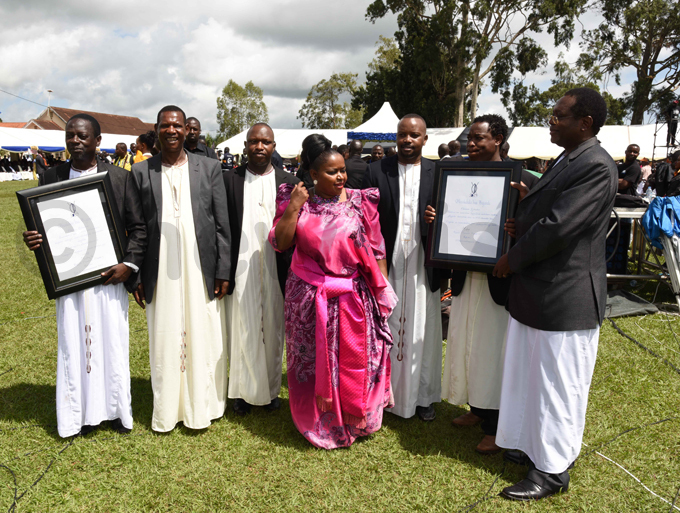 Afrigo Band members were also honoured at the fete. Photo by Kennedy Oryema 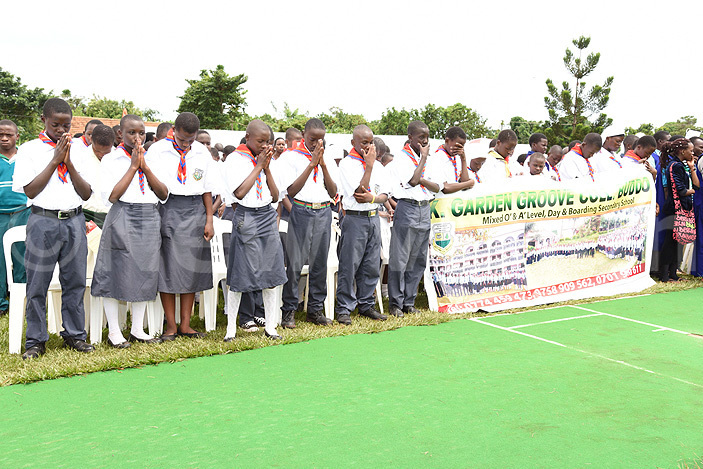 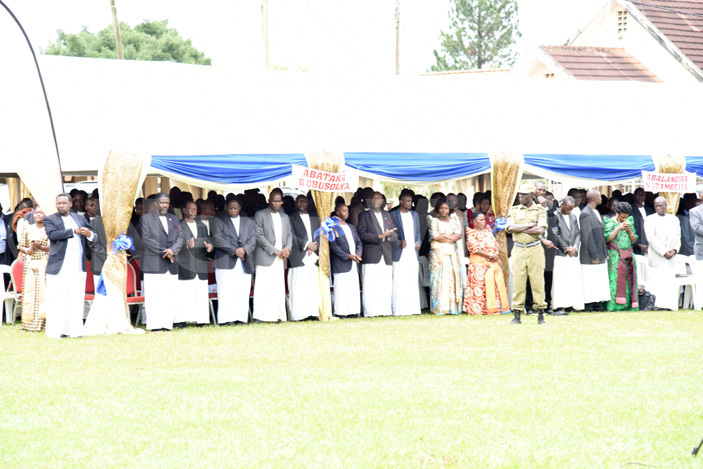 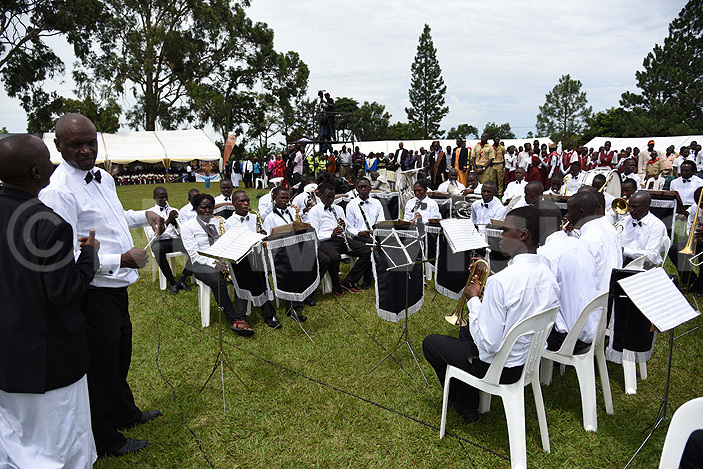 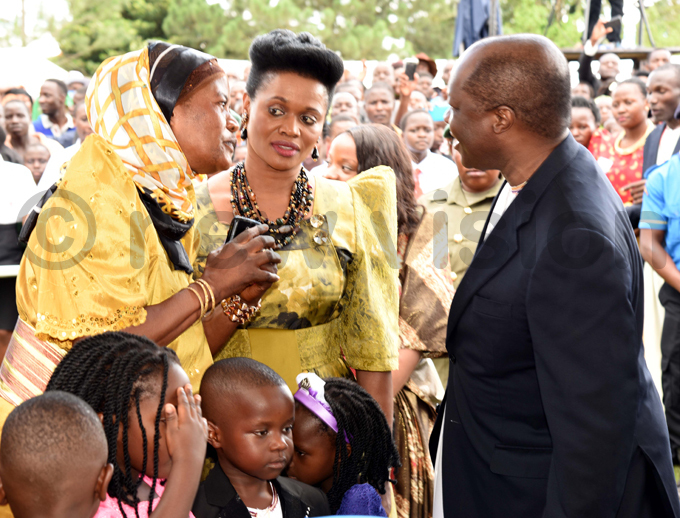 340 to miss graduation over results