Uganda is not on a time-bomb, says Museveni

"Those who say Uganda is on a time bomb [a situation where the country’s political direction is uncertain]."

"Those who say Uganda is on a time bomb [a situation where the country’s political direction is uncertain]."

KASESE - President Yoweri Museveni has lashed out at political actors who tend to denigrate his government as one on a time-bomb, describing those propagating such views as "stupid".

"There is no time-bomb. Those who say Uganda is on a time-bomb [a situation where the country's political direction is uncertain] are stupid," he said.

Museveni, who was Tuesday morning briefing journalists about the situation in Rwenzori region at Mweya Safari Lodge in Kasese district, also vowed to crush the various emerging pockets of insurgencies in Rwenzori region, saying there cannot be a political discussion on keeping Ugandans safe. 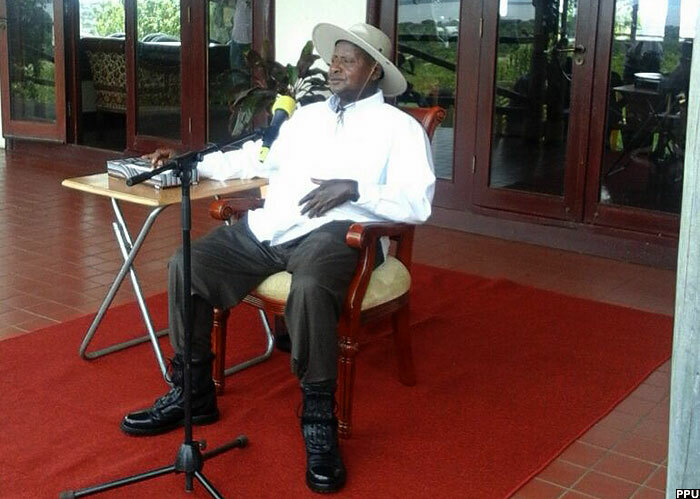 "With security, there is nothing to discuss. I am not going to discuss with cultural leaders, bishops, opposition, NRM people and other people whether Ugandans should die or not.

"These people may wish to do what they want—whether rebels or not—in Uganda under NRM, you will perish if you take that line [rebellion]; you will either be dead or in jail," he said.

Museveni has spent part of this week camped in the Rwenzori region to, among other things, talk to various key stakeholders, including cultural leaders and the opposition over the Rwenzori region question, which started showing segments of violence after the February 18 general elections. 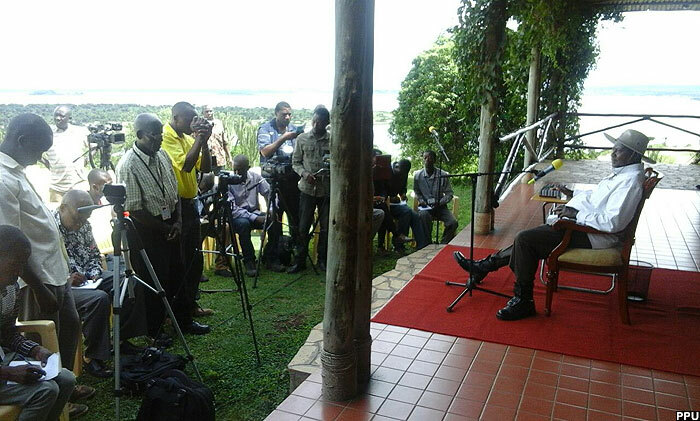 Advising aggrieved people to take the route of courts of laws and dialogue rather than selecting violence, Museveni said that some actions of the attackers such as hacking and raping women would be treated as crimes against humanity.

In a brief to journalists, the UPDF 2nd Division commander, Brig Peter Elwelu, said that calm has returned to the Rwenzori region, with the army rounding up 43 suspects under the two-month-long 'Operation Usalama Rwenzori'.

Elwelu said that key documents, which show the recruitment process of the attackers, have been captured.

He said the Rwenzori attackers recruit from as far as Mubende district.

Byanyima in court over Ngime petition