MENU
Uganda is not on a time-bomb, says Museveni
Previous Story

Four people have now so far been pulled out of the debris of a building that collapse on Makerere Hill.

An escavator moves debris on site of the building that collapsed along Makerere Hill road near Ham Shopping center. (Credit:Edward Kisoma)

Four people have now so far been pulled out of the debris of a building that collapse on Makerere Hill.

KAMPALA - Three more bodies have been recovered from the debris of an incomplete building that collapsed in Kampala on Monday, bringing the death toll to four.

The four-storeyed building, located opposite Makerere University, collapsed on several people, leaving many with injuries.

One body was pulled out on Monday as fears mounted over the fate of scores others. 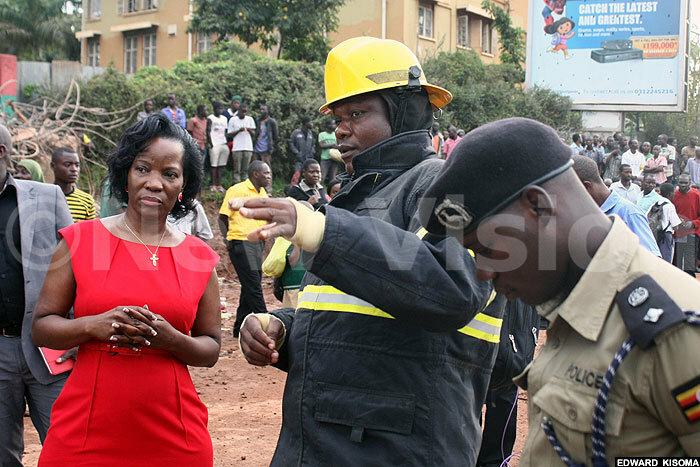 Speaking at the site, Musisi asked members of the public to start reporting developers who have of recent started undertaking their constructions in the night.

She said the owner of the building was not following the laws and has to be arrested.

Search efforts are going on in the hope that there are survivors inside the rubble.

Meanwhile, authorities at City Mortuary in Mulago told New Vision that a police patrol pick-up transported the bodies at the mortuary at about 11pm last night. The authorities did not reveal the identities of the dead but said all are male.

Kampala Metropolitan Police spokesperson Patrick Onyango on Monday had confirmed that at least one person had died and that they expected the death toll  to rise since more victims were still trapped in the debris.

A total of five were confirmed critically injured by Monday and are admitted at Mulago national referral hospital. 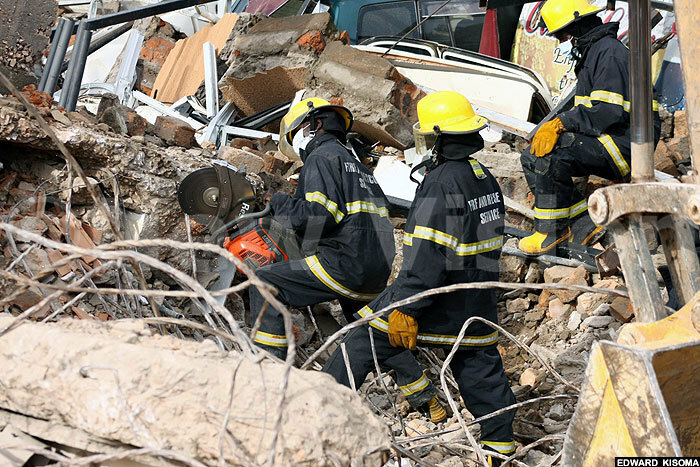 Kasule and Kafumbe worked as plumbers in the building on Makerere Hill Road next to Ham Towers. Sources at Mulago hospital say the male victims sustained severe injuries on their bodies.

Nantumbwe, who is nursing bruises on both legs and runs a motor spares outlet at the premises, said:  "Earlier in the day, many of our colleagues reported that some tenants had vacated the building, citing cracks in the walls.

"We went to the basement to verify the claims and found that its pillars were soaked in water. The walls at the back also had cracks and appeared crooked."

She added: "We rushed to remove our property, but before we could finish, the building started falling apart." 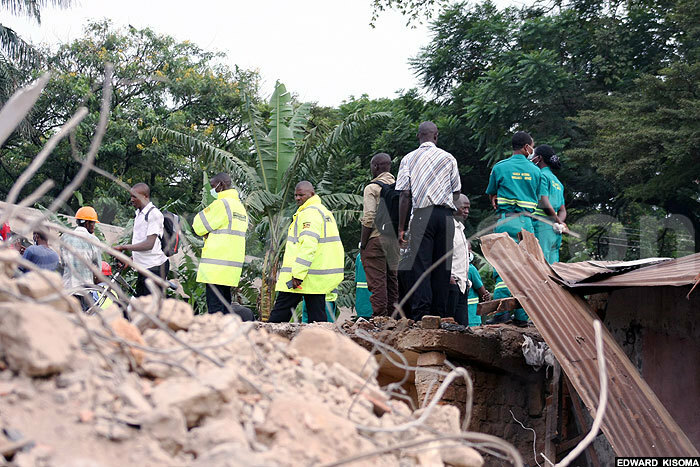 By close of business on Monday, Onyango said rescue teams from the Police fire brigade, Red Cross and KCCA were still searching the debris for victims.

Onyango said preliminary Police findings indicated that most people had returned to evacuate their merchandise and property when the building collapsed.

According to KCCA spokesperson Peter Kaujju, the property on plot 80, block 9 on Makerere Hill road belongs to Moses Kyazze Seruwu.

"In 2009, KCC approved a plan for the construction of a commercial eight-level building. By the time it collapsed, the process had stalled at four levels.

"Our team in 2015 assessed the property and issued a notice to review the structural process," he said.

Kaujju added: "Apparently, our technical team are on site to reinforce the rescue team, while others are working with the police to investigate the cause of the collapse."

Efforts by authorities to contact Kyazze were futile as calls to his phones went unanswered. 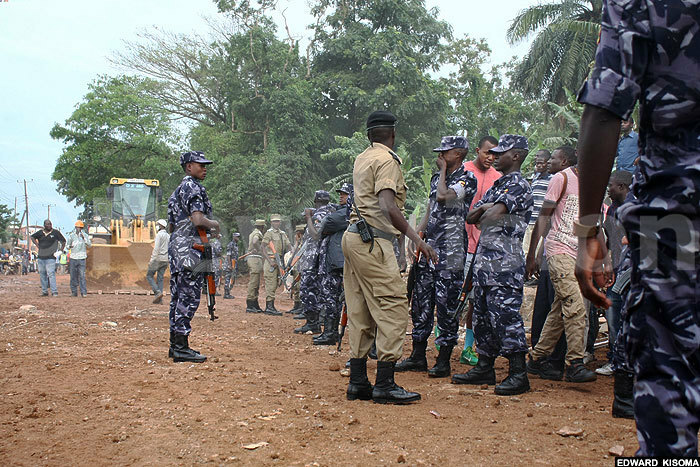 Other buildings that have collapsed

Five construction workers died, while five sustained injuries when a storeyed building collapsed in the city suburb of Kansanga. This was in December 2015.

Two people sustained severe injuries when a six-storeyed building under construction collapsed in the city suburb of Kansanga. The debris damaged a vehicle (Mercedes Benz) and some houses in the neighbourhood.

Ten people were injured when the city building caved in. Lugogo construction site, July 2012 Two construction workers were killed when a building under construction on Lugogo- Bypass (Rotary Avenue) collapsed.

Seven people sustained injuries after a building under construction collapsed in the city suburb of Ntinda. A lot of property, including three cars, were damaged.

Two people died and five others sustained severe injuries on January 26, 2010, when a storeyed building under construction on Luwum street in the city centre caved in.

In October 2008, at least seven people died after a wall collapsed at a National Social Security Fund (NSSF) construction site on Lumumba Avenue in Kampala. Construction has since been halted.

In February 2008, 10 people were killed when a building under construction collapsed.

Three people died when the walls of the building in downtown Kampala collapsed. This was in January 2008. 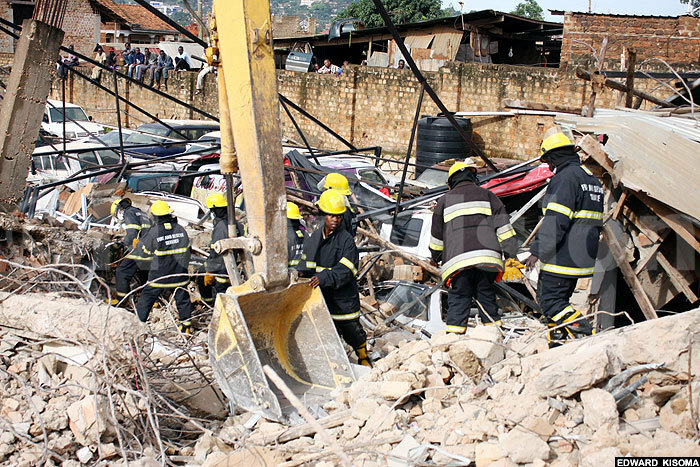 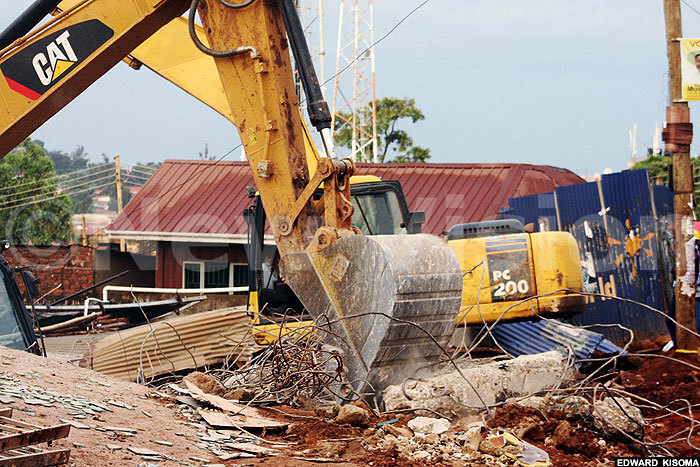 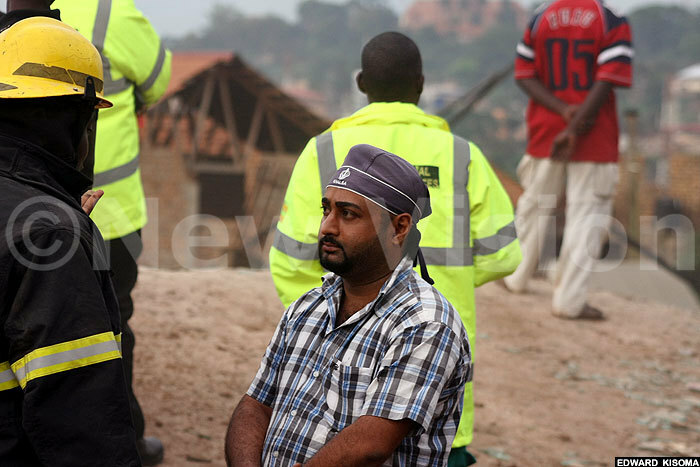 Entebbe Airport to be upgraded

An airport in Kampala in the offing