According to the school’s head teacher, Maryhill has capacity of 80 teachers who are all on the Government payroll, and 56 non-teaching staff. She says that that with the current staffing, the school needs just three more teachers.

According to the school’s head teacher, Maryhill has capacity of 80 teachers who are all on the Government payroll, and 56 non-teaching staff. She says that that with the current staffing, the school needs just three more teachers.

GIANT structures stand silently over the green hills on Nyamitanga in Mbarara district, in the Western part of the country.

This is Maryhill High School, which is glowing again, with the massive infrastructural facelift it has received from Government, its old students and parents.

The school acquired its name from Mary Mother of Jesus and the hill on which it stands. Maryhill High School is a girls' old, national boarding school. It opened its gates for the first time in 1961 with the aim of promoting the education of the girl child, and to build the nation. The school has since then grown and expanded, especially with the recent renovation from Government. 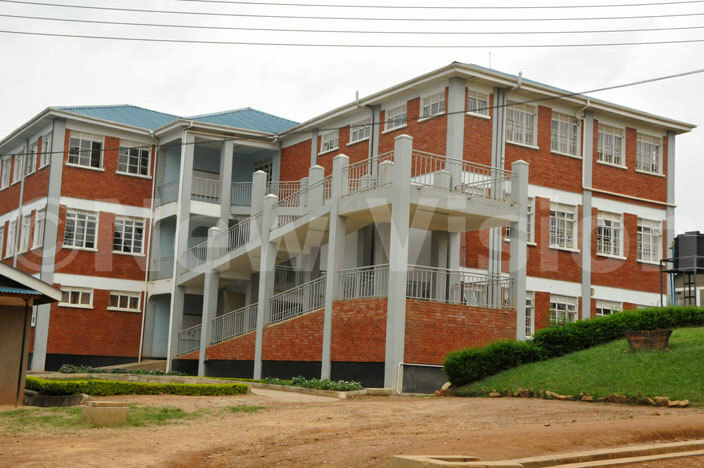 The school has a student population of about 1,300 students currently. In the last three years, the school has progressed academically. It is always among the top 50 at O'level schools, and among the best 15 at A'level in the country.

It's Mission-"To develop an all-round girls." Girls who have gone through Maryhill are expected to be disciplined, smart, God fearing and reliable.

The school started as an O'level boarding, single sex girls' school. It attained the A'level status in 1980 but did not have enough facilities most especially the classrooms and accommodation, until 1994. This is when the old girls and the parents completed a two storeyed classroom block which was commissioned by President Yoweri Museveni. 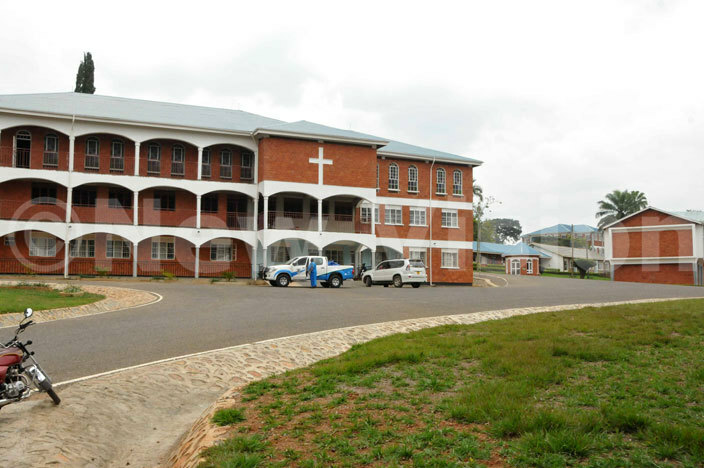 "Maryhill gives a sense of belonging and forever shall be," says Grace Barya, who is the chairperson of Maryhill High School Association (MOGA). Barya is a lead consultant, Social Economic Empowerment Consortium.

Much as the school was gradually developing with the support of the old students and parents, it could not easily spiral itself out of the gradual infrastructural decline.

Government, with the support of the World Bank, funded a renovation of the school. The school, at a tune of sh3.7bn funding now has a new 350-seater library, a new staffroom, two science laboratories and extra offices. The construction and launching of these projects was done last year. President Yoweri Museveni attended the launch. 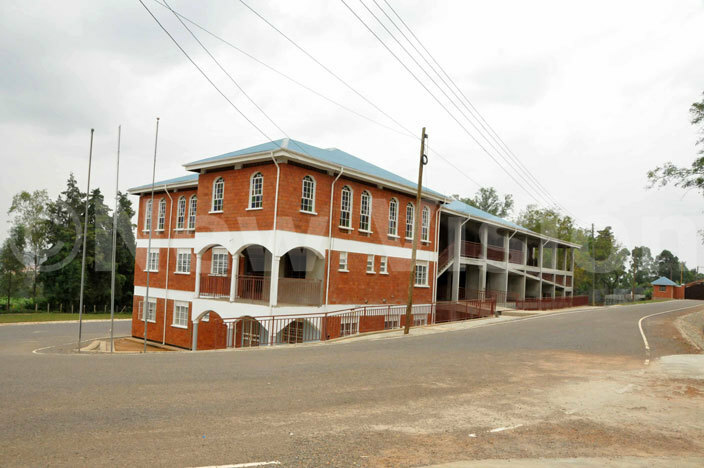 Government has also given the school a new look, with a unique 400m tarmacked access roads in the school's compound.

The school's headteacher Anastazia Asiimwe says that the new constructions will surely keep the school's standard up. "Teachers will appreciate their job and work place more than ever. Students also have new and better facilities."

"We appreciate the work done by the Government, the board of Governors, old students and well-wishers in rebuilding the schools. They have helped revamp this school," says Asiimwe.

"Over years, we have reaped from the new infrastructure, with better academic performance. This improvement will keep going on. There is more motivation for learning and the teaching staff is excited about their work," she explains. 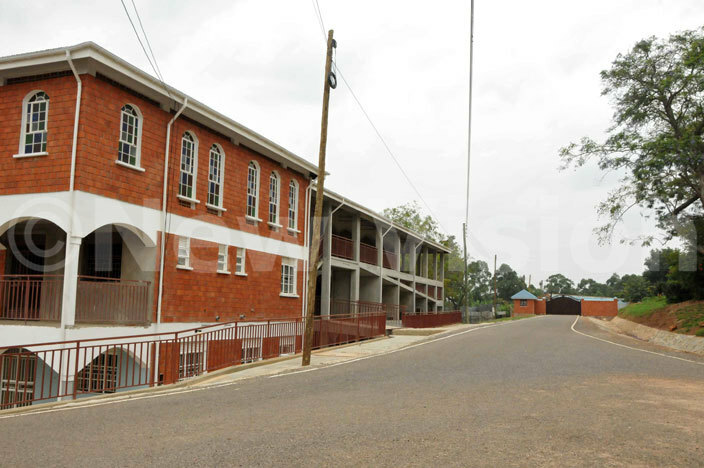 According to the school's head teacher, Maryhill has capacity of 80 teachers who are all on the Government payroll, and 56 non-teaching staff. She says that that with the current staffing, the school needs just three more teachers.

She also notes that the school is satisfied with the infrastructural development. "We are satisfied as of now. We are not yearning for more buildings as of now. We just now have to fund ways of meeting our costs on utility bills."

"We appreciate that the school has a stable foundation, founders and Government love the school and it's like their baby. We also appreciate the media for always promoting us," the headteacher adds.

Barya is also confident that the school's academic prowess will be maintained with the new structures. 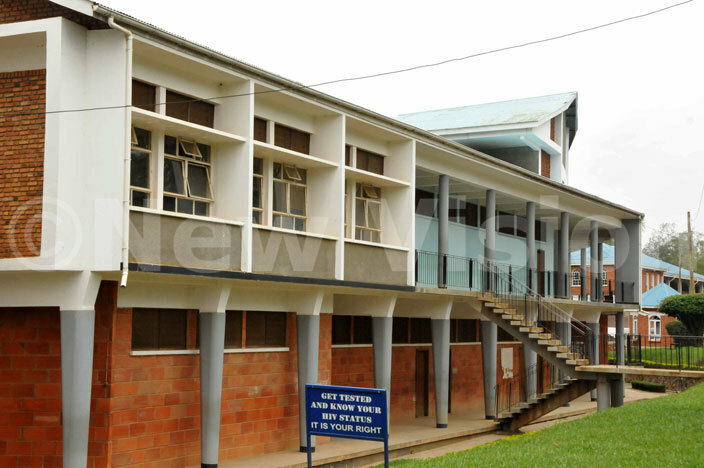 Maryhill High of our time; that is in the (Iddi) Amin and (Milton) Obote II time was going down. This Government

We are proud of our school's steady progress and I appeal to parents to support and love their school, and use this opportunity to improve its academic performance. Government has also been instrumental in supporting the school's development.

As old girls and parents we are happy to see there has been a steady progress and the population of the school has increased. The infrastructure has been stepped up, and there is tremendous change in the school, in terms of academic performance. We appreciate the Government's commitment in supporting this school's development.

As parents we would wish to see the number increase to at least 1500 students with more structures put in place. 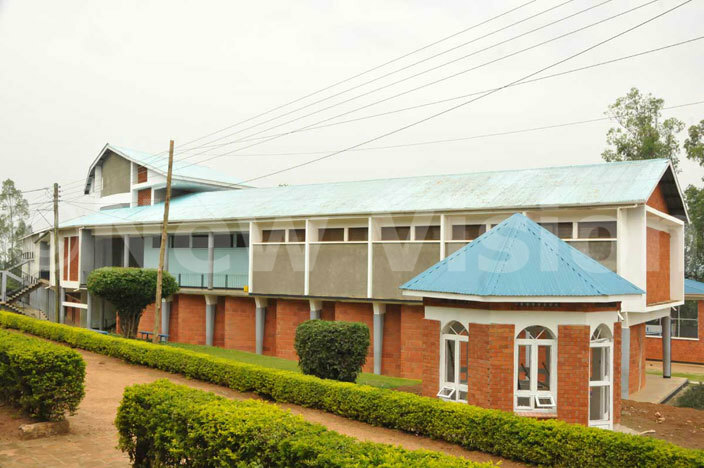 NRM takes on FDC in race for Kamuli LC5

Why NAGRC boss was arrested by State House Anti-Corruption...