Court had to rule against me - Mbabazi

Former presidential candidate Amama Mbabazi blamed the break in at his lwayers’ offices for the loss. Photo by Miriam Namutebi

"Losing in court is part of the game but our supporters should take heart because the struggle continues," former presidential candidate Amama Mbabazi said hours after the Supreme Court dismissed his election petition challenging the declaration of President Yoweri Museveni victor of the 2016 polls.

Addressing journalists, Mbabazi has said the panel of judges had no alternative but to rule against him because his team was unable to adduce sufficient evidence to support claims that the election was fraudulent. 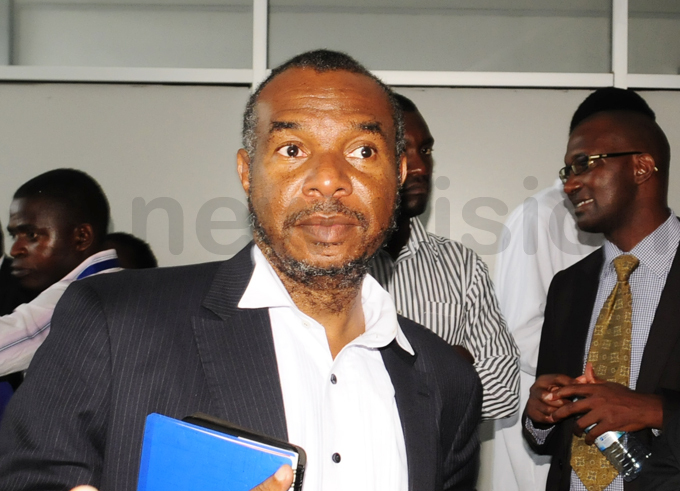 Muhammed Mbabazi one of the petitioner's lawyers cuts a forlorn figure after the ruling was delivered. Photo by Eddie Ssejjoba

"Well the truth of the matter is that we have the evidence but we were unable to present it and court had no option because our offices were raided and over 300 affidavits were stolen from the chambers of Muwema and Co. Advocates as well as Mbabazi and Co. Advocates and in addition to this witnesses were intimidated by state machinery, others arrested and some killed," Mbabazi explained.

He added that the incidents before the hearing didn't warrant them enough time to gather new evidence but court was also unable to use its discretion to inquire into the matter for purposes of delivering justice.

Mbabazi also lamented that when his team of lawyers tried to apply the practice of using rejoinders to have more evidence which court ruled against making him more vulnerable despite staging a spirited fight.

On his next political move, Mbabazi said that they can't have an exhaustive plan on what they are doing next but assured followers that they will by all means produce evidence that President Museveni was not duly elected.

"We shall have various consultative meetings with stakeholders on how we shall proceed but surely we have to prove that the election was stolen although not in court," the former premier noted.

He however ruled out taking to the streets to nail his point home.

Mbabazi called for a continued perusing of the idea of having constitutional and political reforms so that petitioners are accorded enough time to produce evidence and the court to inquire properly.

Pope prepares for ''most political'' trip yet