“My friend we are on the way back, but every win, we set goals," their coach tells New Vision.

Stav Orland flies in at a jump as ugandan supporters (in green) cheer him on. (Credit: Johnson Were)

“My friend we are on the way back, but every win, we set goals," their coach tells New Vision.

The Orland brothers should prepare for tough times this season and must work harder if they are to maintain the status set on Sunday when 11-year-old Stav Orland won the MTA 2 Stroke Junior Motocross Championship at the Glen Helen Motocross Track California, USA.

Orland finished first while his elder brother Aviv Orland narrowly missed a podium as he finished fourth in the event held over the weekend. 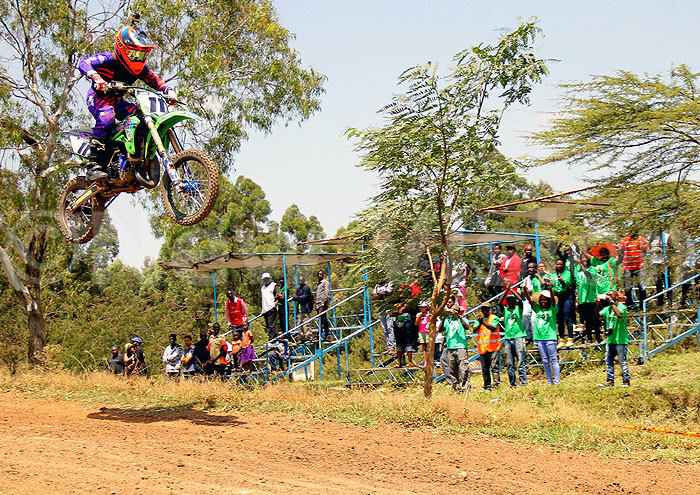 Here, Aviv Orland at a jump. (Credit: Johnson Were)

Their coach, Daniel Sedlak, said that every win sets a goal for the team and the boys are focused on winning a lot more in the future.

"My friend we are on the way back, but every win, we set goals. We are focused on winning," he told New Vision.

"Last weekend was nice for us winning but we are already on track training for the next events, including the East African Championship."

Sedlak said that Stav and Aviv Orland performing to that level is a big improvement and he is overwhelmed because his target was them to be among the top five at the end of the year.