The bishop of Mukono diocese, James Ssebaggala has cleared the air surrounding a standoff between parents of Bishop's Central Primary School and the Diocese.

The bishop has been quiet since the standoff broke out late last month.

Most of the parents who could not understand the reason for the closure detested it and argued that they were not consulted.

This week the standoff, forced a group of parents to destroy the school's properties in protest. TV footage showed parents and their children helping one another to pull the school's fence down.

The PTA chairperson, Robert Ssonko said he came to know about the changes in October last year during a PTA meeting.

"I am on record for advising that the parents should be involved," Ssonko said.

Bishop Ssebaggala said the school was closed by the Diocesan Synod to improve academic standards of other two primary schools in the locality.

Ssebaggala said the Ministry of Education was also involved in the process.

Bishop Central, a Church founded school is one of the three Bishops primary schools in the same locality. The other two schools are Bishop West and East. 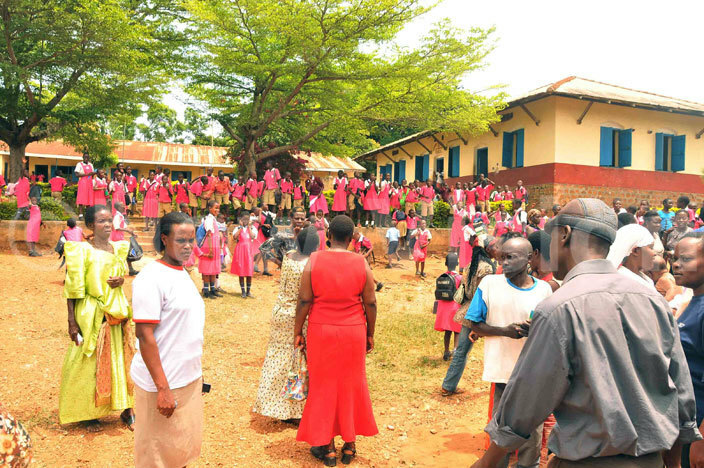 In the new changes, Bishop West became a boarding section while Bishop East remained the only day school. Previously the three were all Day schools.

Ssebaggala said that in 2011, Synod saw the schools performing poorly in final exams and started discussing how to help them.

"We resolved to close one of the schools and retain the other two," he said.

Turning to parents who broke the school's fence, the bishop said their actions portrayed ignorance.

"When you keep your money in a bank, the bank does not become yours. You are a stakeholder," He said, advising the parents to know where they stop.

The spokesperson Ministry of Education, Patrick Muinda said they will not intervene until the school's management committee asks them.

Notice from Ministry of Energy and Mineral Development