Only ordained priests have the authority to minister with the oils. It is also out of order for anybody to sell the holy oil, which is used in the administration of Catholic Sacraments.

This clarification was made by the Metropolitan Archbishop of Kampala, Dr. Cyprian Kizito Lwanga, during the celebration of the Chrism mass on Holy Thursday. 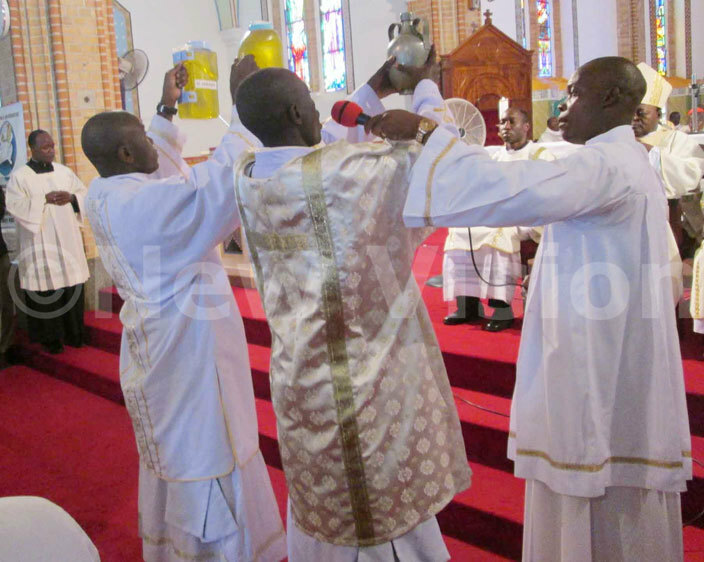 He said that the new guidelines had been formulated by the Uganda Episcopal Conference, prevent the emergence of controversies the Catholic Charismatic Renewal Movement.

Under the new arrangement, charismatic prayers will be conducted in only those places or centers, which have been approved and gazetted by the Bishop.

Charismatic prayers will also be conducted only by an ordained priest or deacon, and not by anyone else.

Places or centers of charismatic worship must also have the approval of the Bishop, before they can be used for this purpose. 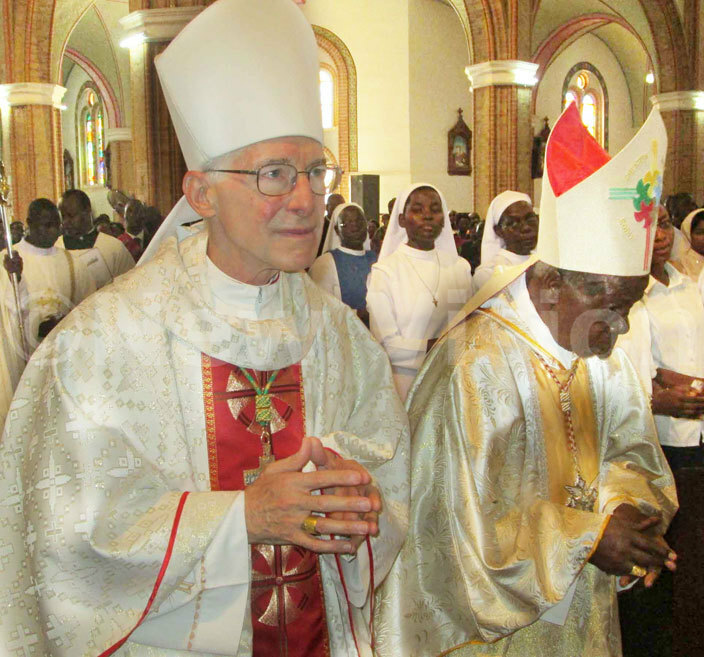 Archbishop Blume and Cardinal Wamala in procession for the Chrism

Falling down, rolling, or shouting will also not be allowed during charismatic prayers. It is the Bishop who chooses exorcists; so anyone that has not got the permission of the bishop will not be allowed to exorcise demons.

Any Charismatic preacher who wants to use the mass media must also first get the approval of the Bishop. The respective parish-priest must also be notified about any charismatic activity before it happens.

"The Charismatic Renewal Movement is one of the Catholic Ecclesial Movements, approved by the Second Vatican Council, in 1967.  Each Christian also has the freedom to pray for himself. Canon Law also allows the lay-Christians to preach, especially when there is dire need for this. But the Bishop also has the duty to ensure that whatever is being done is in line with the traditional practices, doctrine and Canons of the Catholic Church. This helps to protect members of the Church from self-styled preachers," Lwanga said. 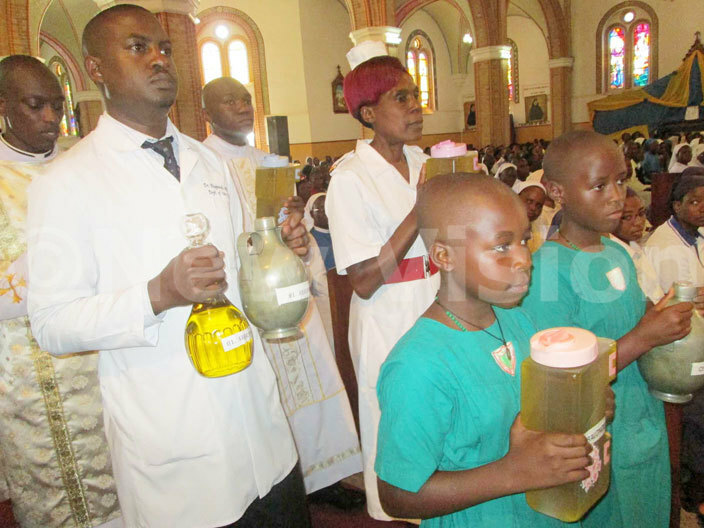 Lwanga mentioned Msgr. Expedito Magembe, Fr. Athanasius Musajjakawa, Fr. Lawrence Mubiru and Fr. Dominic Mwebe as the priests that he appointed as exorcists in the Catholic Archdiocese of Kampala.

During the mass, Lwanga blessed the holy oils namely Chrism oil, the oil of the Catechumens and the oil for the sick. He also received 11 major seminarians, who applied to be ordained to the diaconate ministry. 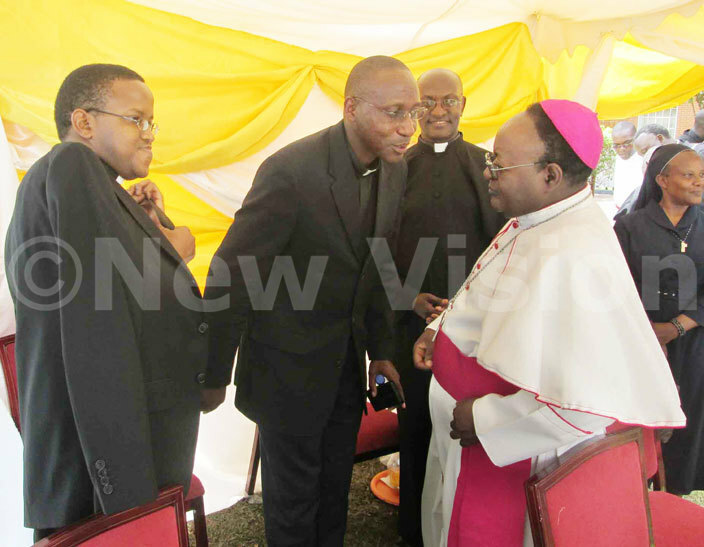 Hydrocephalus: 98% die by age of two