Brussels suicide bombers 'were on US terro...
Next Story

An execution room, seen at the Tokyo Detention House, in Katsushika (AFP/Jiji Press)

"Today two inmates were executed... Yasutoshi Kamata and Junko Yoshida," an official told AFP, adding both had been convicted of murder.

Executions in Japan are carried out by hanging.

Yoshida is a woman who killed two men in the late 1990s to obtain insurance money, and Kamata is a man who killed five people --  including a nine-year-old girl -- between 1985 and 1994, private broadcaster Nippon Television and others reported.

"Despite the fact that about 140 countries in the world have already abandoned or have stopped executions for more than a decade, the Japanese government is turning its back on the trend," he told AFP. 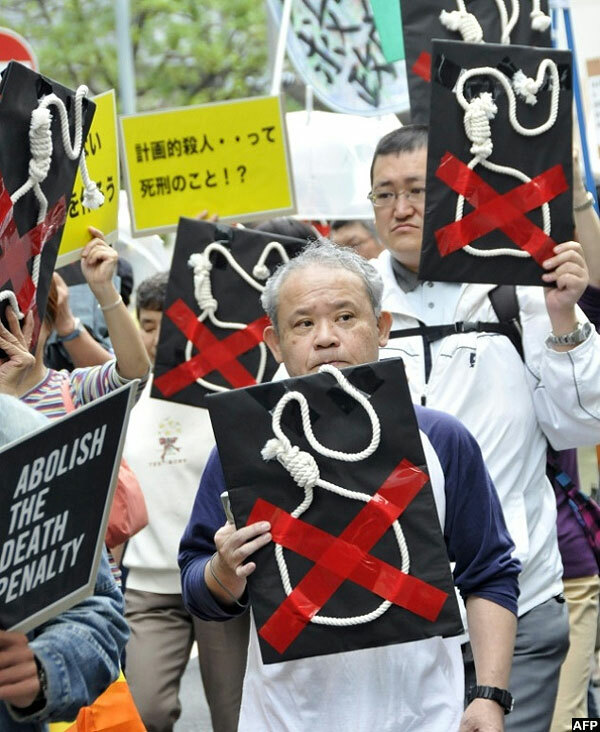 Surveys have shown that the death penalty has overwhelming public support in Japan, despite repeated protests from European governments and human rights groups.

International advocacy groups say Japan's system is cruel because inmates can wait for their executions for many years in solitary confinement and are only told of their impending death a few hours ahead of time.

In December, Japan executed two death row prisoners, including for the first time someone sentenced to death after a trial involving a jury.

Those sparked criticism by the European Union, which called the death penalty "cruel and inhuman" and demanded Japan impose a moratorium on executions.

Amnesty's Wakabayashi also said Tokyo should be "severely criticised" for the timing of Friday's executions ahead of Japan's hosting of the Group of Seven summit of wealthy democracies in late May.

Japan in 2009 launched a jury system in which citizens deliberate with professional judges in a bid to boost the role of the citizenry in the judicial process.

Under the system, more than a score of people have been sentenced to death, according to public broadcaster NHK.