China president to discuss N. Korea with O...
Next Story

For four days until Friday, delegations from over 20 Asian government, business and academia in Asia and across the world will meet in China to discuss emerging issues affecting the region and the globe at the 2016 Boao Forum for Asia.

The annual forum inherits its name from the coastal town of Boao, located in China's southern Hainan province, which has been the permanent venue for its annual event since 2002. The venue of the 2016 Boao Forum for Asia in the coastal town of Boao, Hainan Province in Southern China 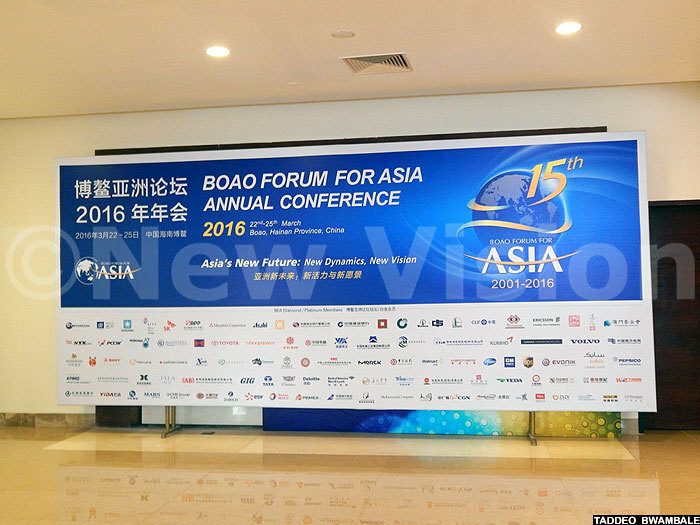 The annual forum aims to promote regional economic integration and close ties among Asian countries, and discussions at the sessions often focus on economics, integration, cooperation, society, and the environment.

It also aims to offer a high-end dialog platform for governments, enterprises, experts, and scholars to jointly discuss economy, society, and environment and other relevant issues.

The annual conferences have transformed the coastal town of Boao from a fishing village into a world-class tourist hub in a space of 15 years, replete with green parks, golf courses and elegant hotels.

Asia is earth's largest and most populous continent, accounting for 60% of the world's population, about 30% of the planet's total land area and 8.7% of the Earth's total surface area. However, the continent lags behind Europe and America (United States) in terms of development indicators. 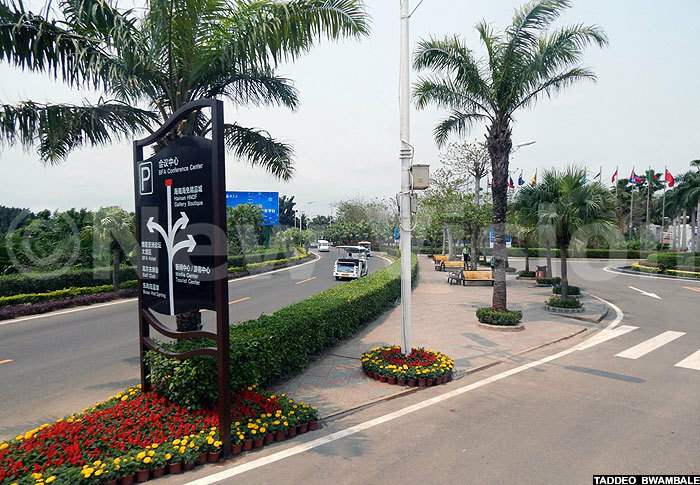 Greenery around Boao, a coastal town that has transformed from a rural fishing village

This year's forum takes place at a time when Asia faces slower economic growth and risks posed by uncertainties in global markets, including a drop in property prices.

A report from experts who assessed performance of Asian economies last year shows that 11 countries in the region risk falling into a debt crisis arising from a vicious cycle of borrowing coupled with volatile markets.

In the past, the Boao Forum addressed China's entry into the World Trade Organization, as well as Southeast Asia's economic crisis during the 1990s.

The geopolitical strategy 'China's peaceful rise' was a topic of discussion for the forum in 2004 while in 2011, energy, resources and sustainable development were major topics.

Last year, Uganda was one of the 16 countries that sent delegations to the 2015 edition, as did Armenia, Australia, Austria, China, Indonesia, Kazakhstan, Malaysia, Nepal, the Netherlands, Qatar, Russia, Sri Lanka, Sweden, Thailand and Zambia. The purpose of BFA is to base itself on Asia and promote and deepen the economic exchange, coordination, and cooperation within Asia and between Asia and other parts of the world.

Asian countries have made remarkable achievements in their economic and social development and their influence on international and regional affairs has been increasing steadily.

Over the last three decades, the Asian economy as a whole has been developing rapidly, especially in East Asia which has recognized by the world as East Asian Miracle, which has made it one of the areas with the greatest economic development vitality in the century.

Although Asia suffered a heavy blow from the financial crisis at the end of the 20th century, its economy has been quickly recovered through self adjustment and reform,

Most Asian countries have opened up their markets for trade and investment and strengthened bilateral and regional cooperation in industry and commerce, finance, science and technology, transportation, and culture keep on increasing.

China, the fastest growing economy in Asia and across the globe, will be courting her neighbours to embrace the One Belt One Road initiative, its home-grown ambitious plan to promote economic ties and create access routes across Asia, the Middle East, Europe and parts of Africa.

Faced with a growing European Union influence and push towards economic integration, as well as an apparent expansion of the North American Free Trade Area under, Asian countries are pushing for stronger ties etched on integration and cooperation across core spheres of influence.