Kyenjojo district was chosen this year because it is lagging behind in responding to the disease.

Kyenjojo district was chosen this year because it is lagging behind in responding to the disease.

The World Tuberculosis Day main celebrations in Uganda are being held in Kyenjojo district at Kyenjojo Senior Secondary School.

The event, marked every March 24, began with a procession from the school's grounds through the different streets of Kyenjojo town.

This year's theme is 'United to end TB: Find, test and cure all'. 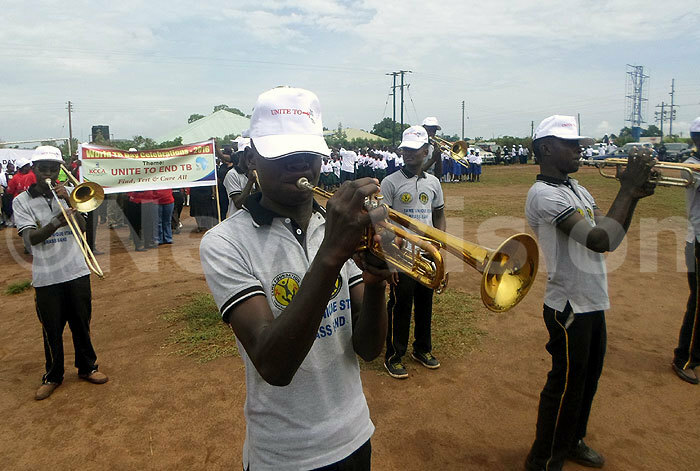 According to Hajji Mugerwa Abdul of the regional tuberculosis and leprosy programme for western region, the government chose Kyenjojo because it is one of the districts in the country that is lagging behind as far as response to the disease is concerned.

"We wanted Kyenjojo district officials to pull up their efforts in fighting the disease," he said.

"Government and other health partners are here to help them with new skills in fighting the disease."

Health minister Elioda Tumwesige is the chief guest, and he is also expected to launch the gene-expert TB diagnosis machine which is to be used in diagnosing TB at Kyenjojo Hospital.

The event is being attended by different health stakeholders.