Scientists have failed to take up job offers in Soroti district. It's a catch-22 that has left the authorities mind-frozen for answers.

Ironically, it comes at the backdrop of spiraling unemployment, inadequate public staffing and mass job hunt in the country. In addition, optimal service delivery that the country much covets remains an illusion.

The District Service Commission in the New Vision, November 30, 2015 gazetted array of employment opportunities. It wished to recruit across board from Porter to Senior Assistant Town Clerk to fill up glaring wide gaps in the district.

But with the shortlist out, science pros have not measured to the call. Unlike other disciplines where shortlisted applicants are looking forward and keeping fingers crossed for interviews, there will be no scientists to grill.

"It's a national crisis actually not unique to Soroti," says Moses Okwatum, the Secretary to the Commission.

"Local governments cannot easily attract doctors to the districts for reasons best known to the medics themselves."

The Public Service has guidelines for recruitment, which Okwatum says cannot be bent for sub-standard. The commission meanwhile only appeals to one to work, recruit where the application has met requirements and keep re-advertising where it's failed.

Worryingly, the post of Anaesthetic Assistant did not attract any application at all causing chills. The Anaesthetist is a specialist that injects patients before, during and after surgery to make sure they don't feel pain. 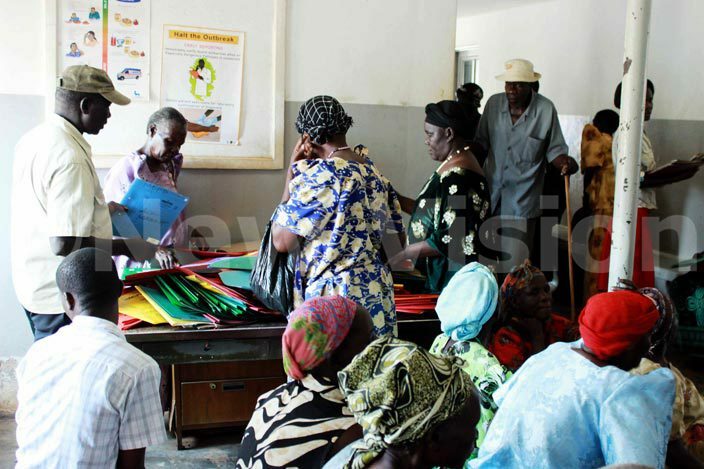 "The government talks of supporting oil and gas engineers but at this rate, any national deliberate effort to promote and prioritize sciences is doomed."

It's not easy but the authorities must find way out. The Chief Administrative Officer (CAO), John Nyakahuma is prepared even to shop around.

"The Anaesthetic experts are very few out there with high demand," says Nyakahuma. "Also, some people feared to apply that there would stiff competition to the contrary."

Shopping around or re-advertising all amounts to a pinch in the district coffers. The New Vision quarter page that carried the advert cost sh2.2m according to Samuel Omeke, the sales executive.

Notwithstanding charges, the authorities are obliged to recruit and retire workforce. Indisputably, the gaps in the human resource are hampering service delivery.

"When we express interest that we need staffs, that need remains standing," says Simon Okanya, the Principal Human Resource Officer. "Like now we want Anaesthetists; that is it, there is no shortcut." 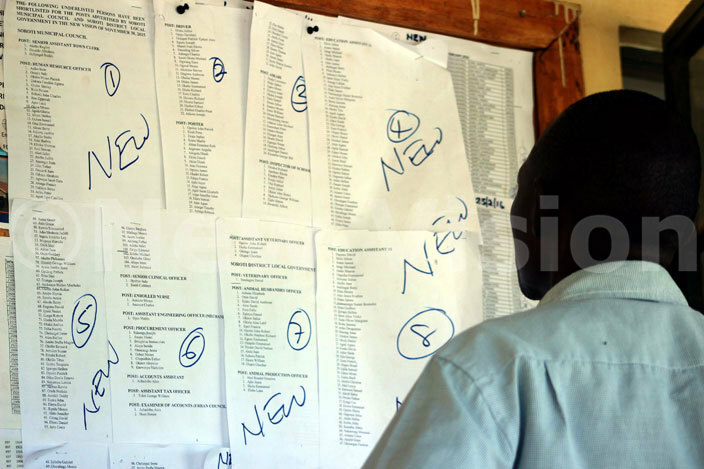 Anyway Soroti district is not new to the anguish of recruiting personnel. The district has been at it for years trying to woo engineers in vain.

The law requires a bachelor's degree with nine years' experience for the District Engineer. Moreover, holders of degrees with such vast experience prefer joining lucrative departments like the Uganda National Road Authority.

But now with the medics, it's matter of life and death. The Anaesthetists are virtually booked at school by mostly health centres IVs (HCIVs) before graduation.

There at least 200 HCIVs in Uganda spread in every parliamentary constituency. Yet, there is only one Anaesthetists training institute - Mulago Hospital.

So since it's difficult to find Anaesthetists through adverts, the districts resort to what the District Health Officer; Dr. Charles Okadhi calls head-hunt. By head-hunt, scouts are dispatched on a one-on-one to find someone with qualifications elsewhere and convince to apply.

"We can't help it," says Okadhi. "Princess Diana HCIV in the municipality is managing major operations because it liaises with Soroti Regional Referral Hospital but Atirir HCIV cannot for lack of Anaesthetist and has been worsened by the fatal crush of our ambulance that linked emergencies to referral."

The ill-fated ambulance cited is the one in a grisly accident early March 2016 that killed six occupants, four from the same family. It was rushing a 20-year old expectant mother with family members to Soroti Regional Referral Hospital when it rammed into a lorry.

It presents a 24-hour everyday inpatient treatment with 247 official bed capacity. The annual average inpatient admission is 21, 359 patients with a 103, 376 attendance at the outpatient department.

The Department of Obstetrics and Gynaecology with the teaching Hospital offers many Reproductive health services. The curative and clinical services provide traditional preventive health services including immunizations, maternal-child-healthcare, and communicable disease control.

But because of failure to strengthen the lower level health centres, excess admission sometimes force the hospital to improvise makeshift beds. Space itself isn't enough because the infrastructure available was initially meant for the 1930s population.

"Unless government reinforces lower health centres, we cannot be relieved," says Dr. Paul Ajuk, the Senior Hospital Administrator. "For anaesthetists, let the district take its very own nurses to school and they will come back and perform nurse- anaesthetist services."

Incidentally, Ajuk says it takes only one year. But the district seemingly is either not aware or fears brain-drain after wasting resources.

The commission instead indicates that some applicants have failed for not adhering to the criteria and guidelines. The health workers for instance are not registered with respective councils- the Allied Health Workers council, the Nurses, Pharmacists and so forth with valid practicing licenses.

It leaves the commission desperate and wishing to bend the rules. But Inspector General of Government keenly watches.

Otherwise, perception has been built overtime that to heal; one must go to Referral hospital even with the same drug at the lower health centre. Moreover, Soroti Referral hospital itself has only up 80% vacancies filled.

The government quarterly distributes drugs to public hospitals. But doctors here say the drugs run out before end of the quarter.

Lule, the president for 68 days