Ombaci: West Nile's lion gets out of slumber
Next Story

Fired up scenes as the Kyambogo University candidates in the guild presidential race comb the campus for support. 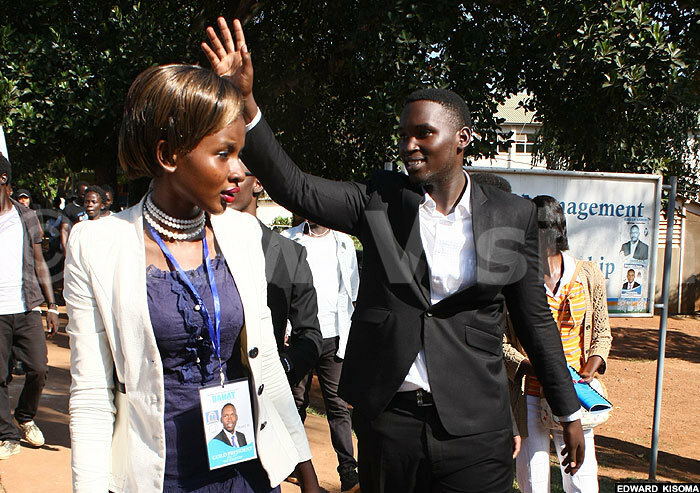 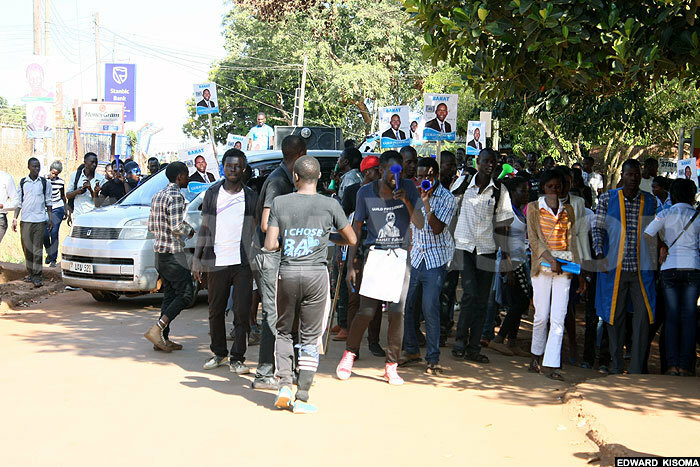 Does Bahati have the steel to win the race? His supporters certainly believe he does, and are confident of victory 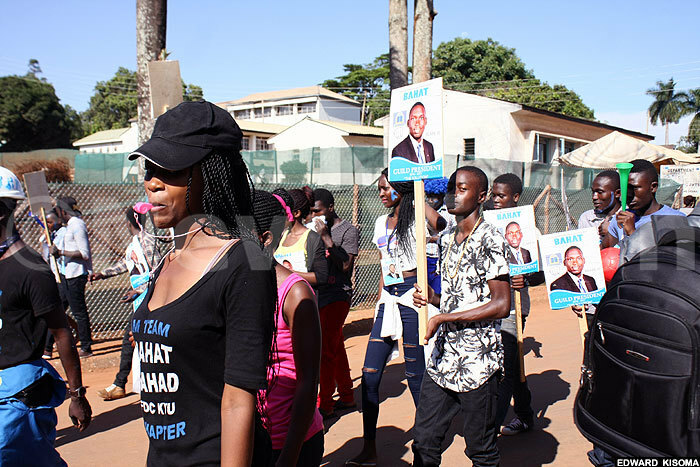 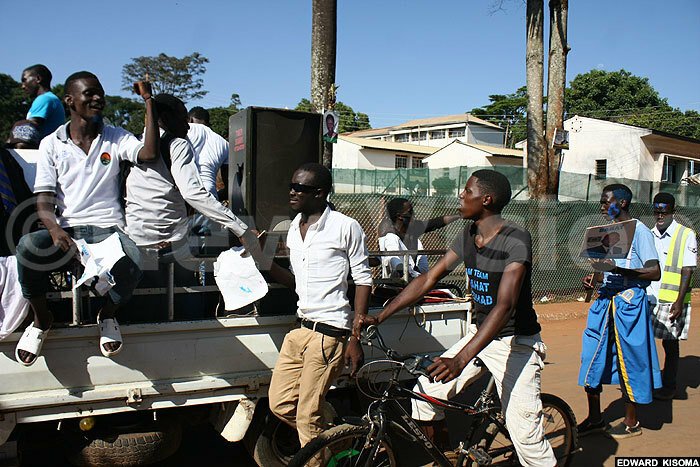 The day's heat came down hard on the campaign teams but, from the look of things, that was the least of their worries. Their minds were set on one agenda: Campaigns 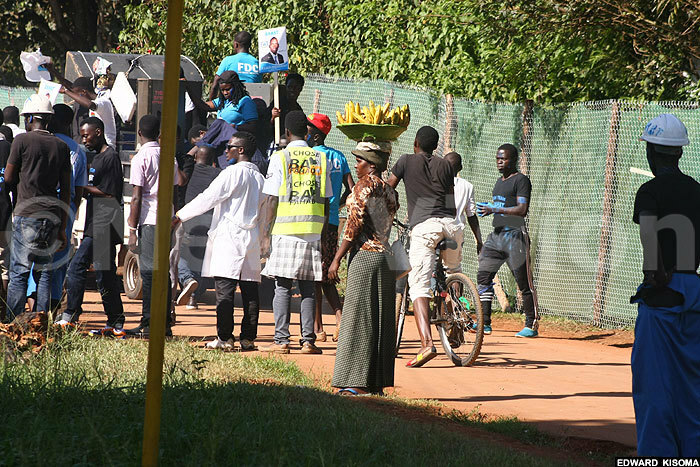 Even this banana seller was taken up by the campaigns . . . and she stopped to take it all in 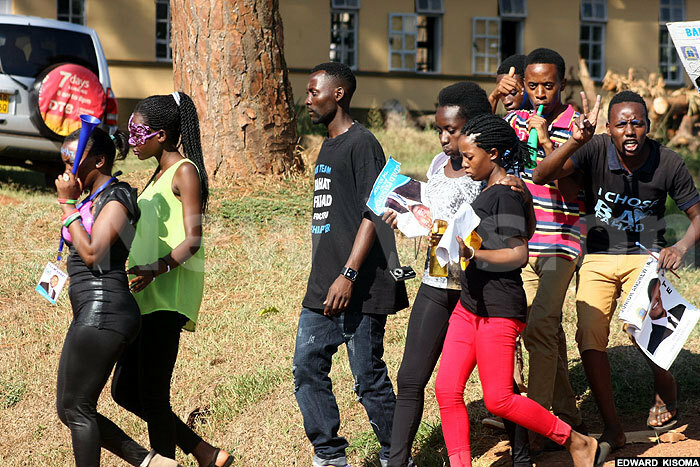 No. This is no carnivore. It might look like one, but such is the atmosphere when students are in the mood of finding a suitable guild president. Vuvuzela? Check. 'We go, we go!" 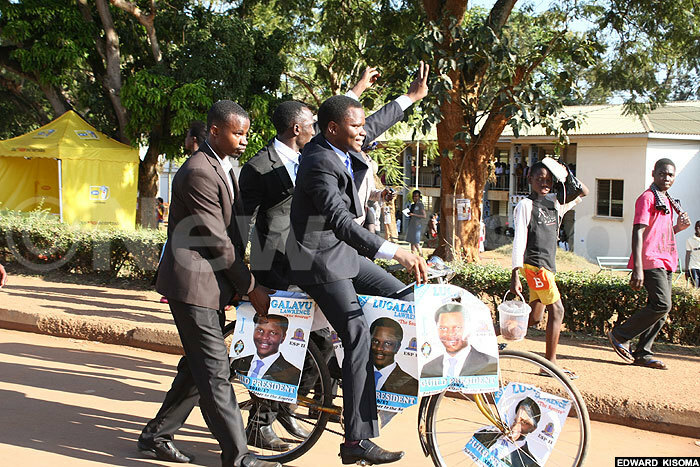 Meanwhile, candidate Lugalavu Lawrence decided to be a little bit more modest -- or is it creative? Whichever way you look at it, the FDC hopeful had his minders ensure that he was steady on the two wheels. 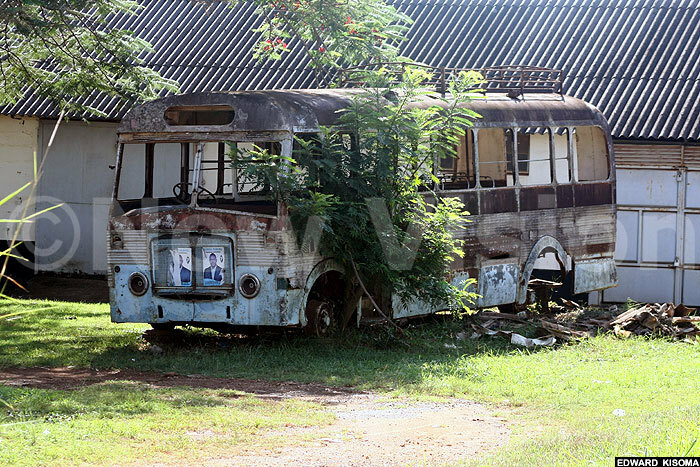 Beyond all the hype at the university, was this old bus that had long seemed willing to harbour some growth. As you can see, a candidate also decided to put it to more use. 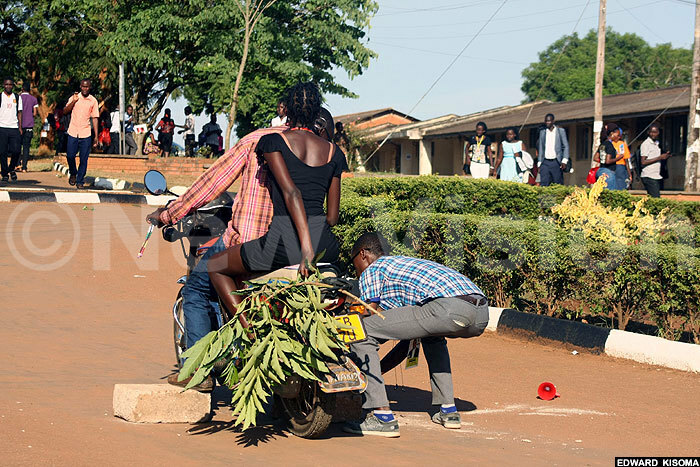 Road block or stuck in the jam? 'No worries, I will sort you out', this student seems to offer his assurance to the two people on the bike . . . as he demonstrated just how he would do that 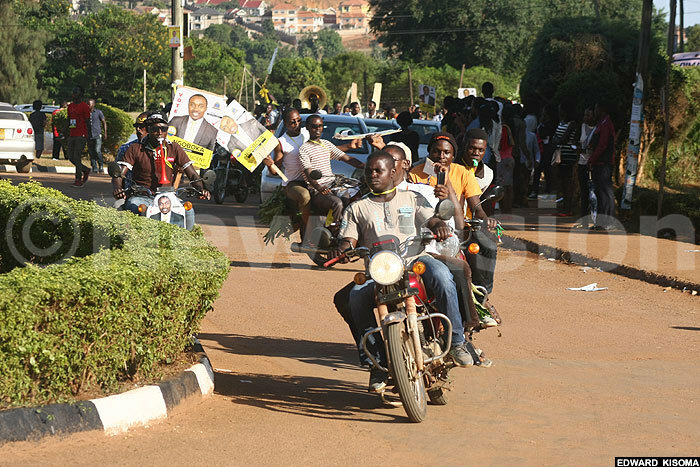 Another of the candidates, Ngoboka Solomon, showed more muscle with a large entourage . . . 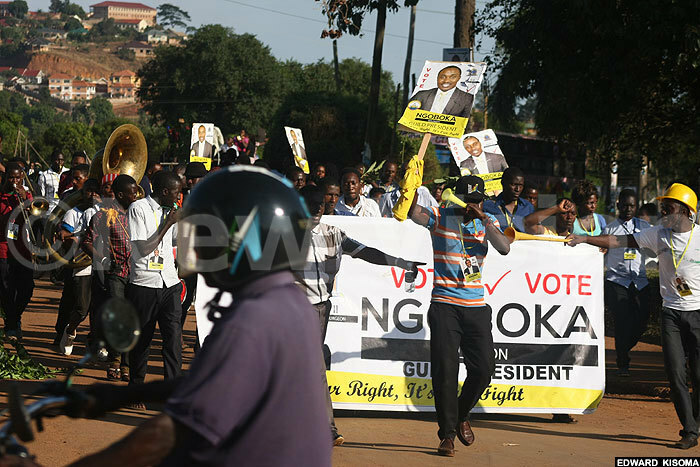 PRESIDENTIAL TREATMENT?: Look at the guys donning suits and looking around. Reminds you of something? Secret Service, right? Well, here's a less sophisticated low-level version of such security detail at the Kyambogo University campus 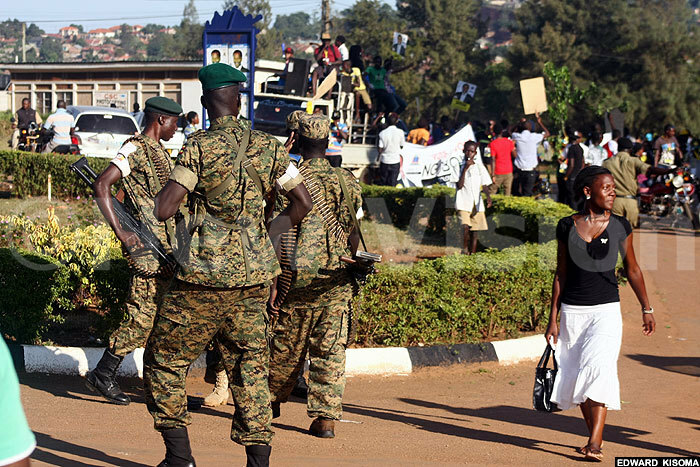 On a more serious note, there was security deployment at the campus to ensure the campaigns went on without incident 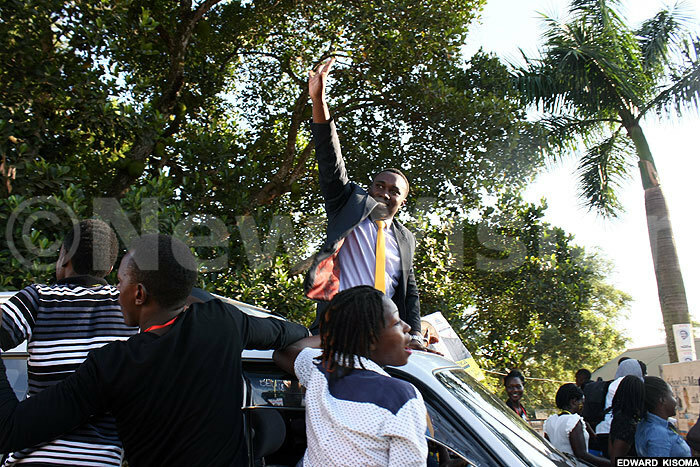 Ngoboka, appearing from the roof of his campaign vehicle, waves to his supporters.