Clinton, Trump spar in addresses to pro-Is...
Next Story

Traces of DNA from the 24-year-old, who is still at large, were found on the explosives used in the gun and suicide attacks in Paris.

Traces of DNA from the 24-year-old, who is still at large, were found on the explosives used in the gun and suicide attacks in Paris.

Police have found the DNA of a newly identified suspect on explosives used in last year's Paris attacks, a French source revealed Monday, but Belgium's prosecutor admitted they are "far from solving the puzzle" of the killings.

Belgian and French prosecutors met in Brussels to discuss the probe into the carnage in the French capital, following Friday's dramatic arrest of prime suspect Salah Abdeslam in Brussels after four months on the run.

Belgian investigators named a suspected accomplice in the November 13 attacks as Najim Laachraoui, who was previously known by the false name of Soufiane Kayal.

Laachraoui used the alias to travel to Hungary in September with Abdeslam -- the last known survivor of 10 people who carried out the wave of shootings and suicide bombings that left 130 people dead. 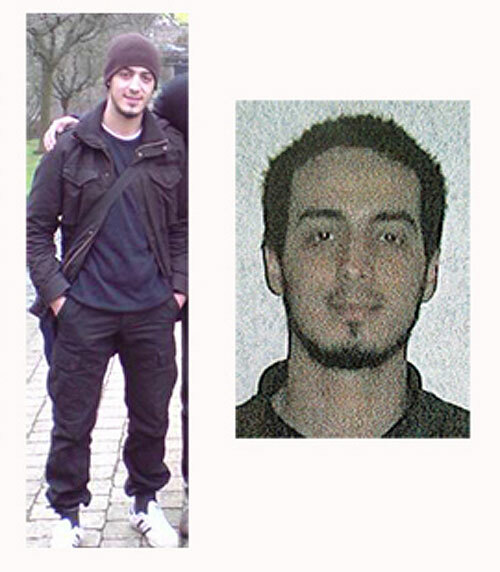 This undated file photo, released on March 21, 2016, by the federal police on demand of Brussels' king prosecutor shows a combination of two pictures of Najim Laachraoui. (AFP/Belgian Federal Police)

Laachraoui is also believed to have travelled to Syria in February 2013.

Traces of DNA from the 24-year-old, who is still at large, were found on the explosives used in the gun and suicide attacks in Paris, a source close to the French investigation said.

Prosecutors meanwhile told Belga news agency that two detonators, along with a large cache of weapons, were found in the apartment from which Abdeslam is thought to have fled during a raid last week.

"We have not a bad amount of pieces of the puzzle and in the last few days several pieces have found their place," Frederic Van Leeuw told a news conference in Brussels, flanked by Paris prosecutor Francois Molins.

"But... we are still, far from solving the puzzle."

Van Leeuw also admitted they "don't have the full timeline" for what Abdeslam did between November 14, when he evaded three French police checks and escaped to Brussels, and his arrest.

Investigators hope Abdeslam's arrest during a raid on Friday, in which he was wounded in the leg, will generate new leads in the probe of the attacks that were claimed by the Islamic State jihadist group.

Belgian authorities have been embarrassed by the revelation Abdeslam was found just around the corner from his family home in the gritty Brussels neighbourhood of Molenbeek, and may have been aided by friends and family.

Molins, the French prosecutor, said France expected Abdeslam to be extradited to face trial over the attacks, despite his lawyer saying that he would fight the proceedings.

"There is a strong expectation from the French justice authorities and particularly from the families of the victims that Salah Abdeslam comes to explain himself," Molins said.

French President Francois Hollande, who has said he wants Abdeslam extradited as quickly as possible, held his first formal meeting with relatives of the Paris victims on Monday.

The president was quizzed by five victim support groups at the long-delayed meeting on issues ranging from the process of identifying the bodies to emotional and financial support.

"We felt we were heard, even if there was no concrete progress," said Emmanuel Domenach, who survived an attack at the Bataclan concert hall in which 90 people were killed.

Molins said at the weekend that Abdeslam played a "central role" in the attacks and originally planned to "blow himself up" at the Stade de France stadium, but changed his mind.

March 21, 2016: A man walking by the bar La Belle Equipe , one of the sites of November Paris attacks, on its reopening day

Belgian Foreign Minister Didier Reynders said Sunday that Abdeslam -- who has been charged with "terrorist murder" and belonging to a terrorist group -- had told investigators he was planning some sort of new attack in Brussels.

Mary has vowed to take legal action against Molins for allegedly breaching the confidentiality of the investigation by revealing details of Abdeslam's statements.

He also blasted what he called political meddling by the Belgian foreign minister.

The lawyer told Belgian Flemish-speaking daily De Standaard that France "has nothing to teach us" and should not criticise the Belgian justice system.

Laachraoui is one of two suspects still wanted over the Paris attacks, along with Mohamed Abrini, who became friends with Abdeslam when they were teenagers.

Prosecutors said Laachraoui's DNA had been found at an apartment used by the attackers in Auvelais, near the central Belgian city of Namur, which he had rented under a false name. Traces were also found at another suspected hideout in Schaarbeek, a district of Brussels.

He used the same false name at the border between Austria and Hungary on September 9 when he was travelling with Abdeslam and Mohamed Belkaid.

Belkaid, a 35-year-old Algerian, was shot dead on Tuesday during another police raid in the Forest district of Brussels.

UN chiefs touched by the plight of refugees

We were forced to get married at 14