Janet urges Karamoja MPs to monitor food a...
Next Story

A resident looking at what’s left of the collapsed Aswa Bridge. Photo by Victoria Abeja

Transport fares for the journey between Lira and Kitgum districts have skyrocketed following the collapse of the Aswa Bridge three months ago.

According to residents because of high transport charges, their produce and merchandise is greatly affected.

Lawrence Ocen a resident told New Vision how he is disappointed with Uganda National Roads Authority (UNRA) who pledged to reconstruct the bridge three weeks ago and yet the work still hasn't started.

"I used to pay sh7000 from Agweng to Omot Market in Pader but now transport is sh15000 which I can't afford because the profit is little" said Lawrence Ocen.

The bridge collapsed when a trailer transporting construction hardware brought it down.

Robert Odyeny a newspaper vender also told New Vision that crossing the three meter Aswa River to the other side is very expensive and has led to most people abandoning the road. 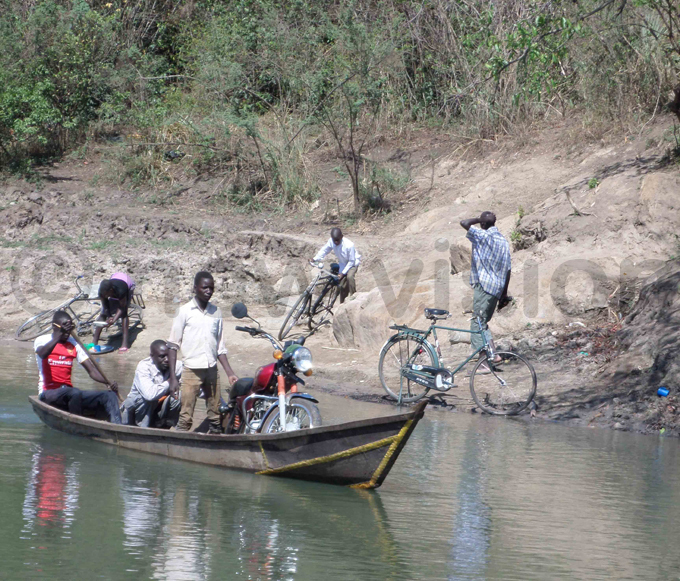 Locals have resorted to crossing by boat to the other side of the river. Photo by Victoria Abeja

He gave the transport fare when crossing while with motorcycle as sh2000, with bicycle sh1500, with luggage sh1000 and a person alone is 500. Most people who use this road have resorted to staying at home since Aromo-Awere Bridge route is far.

The hotel makers of Mocwari, a local market have stopped operating because the passersby who buy their food have been blocked since they can't cross to the other side of the river.

The Executive Director UNRA Allen Kagina was unavailable for comment as she didn't answer calls to her phone.

A bridge engineer attached to UNRA when connected said the bridge has already been supervised by the Solicitor General and rehabilitation will start soon but it will take up to a year to be completed.

He also said he was uncertain of the amount of money that will needed to complete the reconstruction of the bridge.