Ombaci: West Nile's lion gets out of slumber

Founded in 1943, by the Comboni Missionaries as a technical school, it was meant to skill the returnees from World War II

Founded in 1943, by the Comboni Missionaries as a technical school, it was meant to skill the returnees from World War II

Like two strange peas in one pod, stand the first blocks that strike your eyes, as you arrive at this one time lion of West Nile- St Joseph's College Ombaci.

As your eyes irresistibly capture the images of the fresh looking administration block, the eye corners can't help but stream in images of the dilapidated, glassless and to say the least; dirty looking walls on both sides.

One is a glaring sign of years of harsh treatment as manifested in the endless students' strikes and neglect, which have rocked this school for year.  But, adjacent to these messy buildings, you cannot miss the beautiful, elegant building across the compound, reminding you about the sign of recovery for St. Joseph's College Ombaci.

Ombaci as is famously known is one of the beneficiaries of the recent post primary education and training expansion and improvement project (ADB Education IV project) funded by the African Development Bank and the Government of Uganda.

Founded in 1943, by the Comboni Missionaries as a technical school, it was meant to skill the returnees from World War II. Later in 1962, Ombaci gained a secondary school status but still with a bias on technical training.

Up until the dreaded 1994 strike that saw students match the headteacher the late Hercules Abiriga and one of his deputies to the office of the District Education Officer in town (about 4km away),  Ombaci reigned among the top five schools in the country.

The culture of excellence was adopted by whoever entered its gates. An ‘Ombacian' as they call themselves was never to be second to any. They believed it was a duty for each student to excel not just academically but in all aspects. 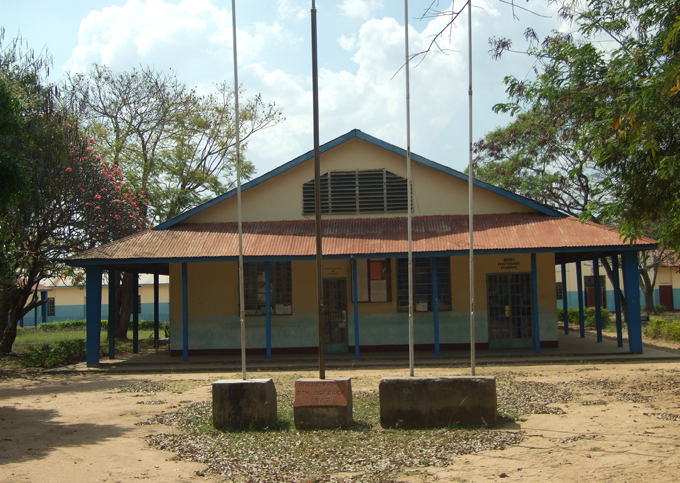 Part of the old administration block.

A former student at this school for six years (1993-1994), Samuel Ondoma, who is now the legal officer at Muni University and a senior partner at Alaka & Co. Advocates reminisces his time at Ombaci that instilled a spirit of resilience, hardwork and leadership.

"The spirit to fight, lead and dominate came naturally. It was unacceptable for an Ombacian to come second. And through hardwork, we fought to defend this status," he proudly reminisces.

"By 3am," Ondoma recounts, "Without any supervision from the teachers, the dormitories would be dead silent; not because students would be snoring the morning away, but rather in class reading."

He adds that, "Out of the 120 students in his Senior Four class in his year, 75 passed in Division One, and the rest were in Division Two, in national examinations."

Such strict policies on good performance as far as admission and retention into the school were concerned, greatly contributed to Ombaci's strength. Though dreaded, the ‘monsoon' policy that saw students below a set pass mark ‘blown' out of the school, it encouraged hard work.

The school's former glory is also manifested in the kind of students it attracted from across the country. One of the memories told over the years by the residents were of one of the students, who I Iater, find out was Karoli Ssemwogerere, son to Paul Kawanga Ssemwogerere. He would occasionally be dropped off to school in a chopper bringing activity in the area to a standstill.

But this was also used by parents and teachers to motivate the students to read hard so that they can fly in choppers.

The 1994 strike had a major dent in the school's performance. Though they nevertheless tried to put up a strong fight to maintain it, it wasn't to last long. From over 70 students passing in Division One every year in O'level in the 1990s, today, when 50 students make it to this level, it becomes a talk of the region. Times change!

Unlike in the previous years where its students would be concentrated in pass in only Division One and Two, Ombaci now registers a good number of failures in national examinations. For example in the 2012 O' level exams, nine students totally failed.

More so, the frequent change of leadership at the school after Abiriga's reign did not help matters. In a period of just four years after the strike, the students at the time saw three different headteachers. Recently, the 2014 strike did not help matters. It just sank the school deeper.

Students and the management of the school have over the years kept left basking in the deflated glory of the school. They just realised that they could no longer excel as they used to, and that their infrastructure was completed dilapidated.

But all is not lost. Ombaci has just got a breath of life, with new renovation of the school.

Government, a couple of years ago, with support from the ADB Education 1V project injected sh3.4bn into this schools' renovation. The school is now classified as a centre of excellence and is supposed to be used as a model school all over the country.

But that required renovation which was done and the process is complete, and the school is awakening to claim its lost glory as the academic giant of West Nile.

The deputy headteacher of the school, Charles Ondoga, is quite positive that with such support, the school will be able to regain its status on the education scene in the country.

"Like some of the prominent schools in the country that faced the unenviable times and later recovered, that is where we are also heading. I believe Ombaci will get back to where it was before," he says.

As part of the ADB project, the school now has a new fully furnished four class room block, a storeyed dormitory complex, a library and computer laboratory with 50 computers installed.

However, barely two years since the new infrastructure was handed over, the dormitory at Ombaci already showing signs of falling apart. The deputy head teacher explains that it seems the plumbing was not done well.

"If you had come when students are around, you would have thought they have poured water on the walls. It's always wet," he says pointing to the wall outside the bathroom.

However, moving forward, the headteacher says a lot more needs to be done like; stocking the library with updated materials and also filling the vacant teachers posts.

According to the capacity of the school, its teacher ceiling is 66 teachers, but Government has only allocated them 33 teachers.

The teacher deficit, according to Ondoga has to be borne by the school; which places a huge financial strain on the resources that would otherwise be funding other programmes for the school's re- development. This is on top of the 43 non-teaching staff, who have to be paid by the school. 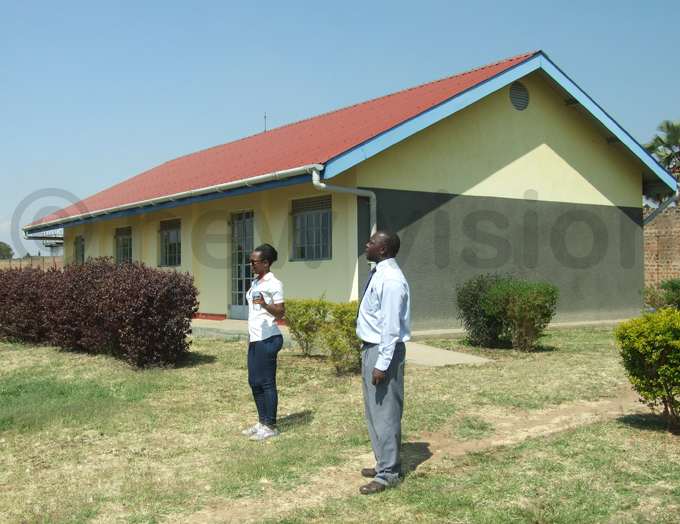 To further ensure discipline and reduce the congestion in the school, the chairperson of the Parents Teachers Association, Sabo Kamilo says they passed a resolution to have students numbers capped at 750 from the previous 1,000 until such a point of stable progress. This they believe will go a long way to improve the school's performance.

"If the over sh80m that we spend every year in teachers' salaries was to be invested in quality enhancement programmes, this school would be at a rather different level," says Kamilo.

The school has also set a standard performance mark of 60% for students in O'level and 10 points for Arts, 7 points for sciences for one to be retained in the school.

More so, Dr. Sam Andema, the Founding Chairperson of the Old Boys Association, was a former lecturer at Kyambogo University and holds a PhD from the University of British Columbia says that he was at Ombaci from 1984-1987 for O'level but also returned to resist senior six in 1991.

One  memory that is strongly imprinted in his mind while at Ombaci is when the students engaged President Yoweri Museveni from across the school fence and their high intellectual discourse saw the President cancel his next appointment in Koboko (the next district) to speak to all the students.

The President had passed by to salute the mass grave that is located just adjacent to the school fence.  Incidentally, Andema and a few of his friends were reading books from the other side of the school and as the President walked past he said hello.

"The engagement we had went on for about 30 minutes with the President watching in silence. He joined the discussion, and when the students accumulated at the fence, the President asked whether we had a main hall which he could use to talk to us. He moved in and addressed us," he recounts.

But this, as Andema argues, shows the calibre of students at Ombaci at the time. They were well read, well-researched and would take on any debate with anyone.

"We would read to the point of getting ‘lost' in the books. No wonder we had not even noticed that the President was in the vicinity until he said hello," he says.

The government's infrastructural support as he explains is commendable but the next phase must now be improving the process of learning which involves investing in the quality of teaching and learning.

Andema proposes that there is need for a deliberate move to improve the teachers' skills. "As a school which is targeted as a Centre of excellence, you cannot afford to have teachers that graduated a century ago using the same knowledge to teach today's students. These have to be re-equipped and re-skilled," he says.

But also, the ICT lab will only remain a new unit, unless this technology is put in all the classrooms.

But most importantly, is for discipline to be restored in the school because since the 1994 strike, which was a sheer case of indiscipline, the school lost its glory.

It remains to be seen whether Ombaci will regain its unbeatable reign but as for the residents, it is still a respected giant in the district.