Niger fights back against 'curse' of fistula
Next Story

"We don't want what happened in Libya to happen in Congo," said 29-year-old Papin.

"We don't want what happened in Libya to happen in Congo," said 29-year-old Papin.

Congo voted Sunday under a nationwide media blackout in a tense ballot expected to see President Denis Sassou Nguesso prolong his 32-year rule over the oil-rich but impoverished nation.

Voting seemed largely quiet in the capital, but it was impossible to get information from the rest of the country after the government shut down communications during the polls.

Interior Minister Raymond Mboulou ordered telecoms firms to block all telephone, Internet and SMS services for 48 hours due to "reasons of security and national safety".

In what appeared to be an isolated incident, police fired tear gas to disperse a crowd of around 200 opposition supporters at a polling station in Brazzaville. 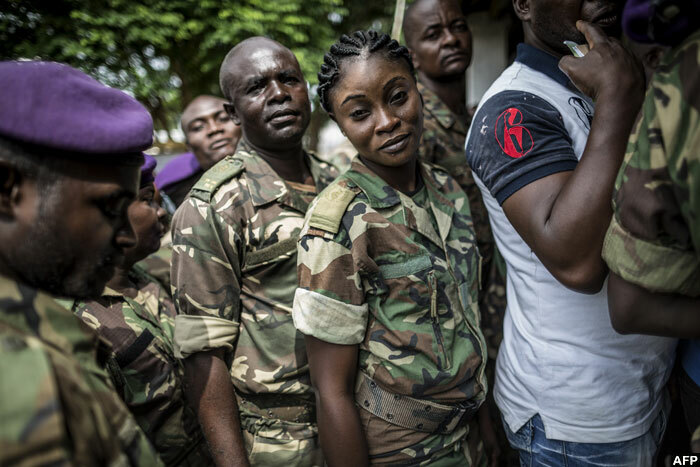 Officers hit some of the crowd with clubs and took away one person after supporters of opposition candidate Guy-Brice Parfait Kolelas demanded officials let them into a polling station to observe the counting.

Polls closed at 1700 GMT and results are expected from Tuesday.

"Things are going calmly," said Eric Katolo, head of an 18-person observer mission from the International Conference on the Great Lakes Region (ICGLR), before voting ended.

"We don't want what happened in Libya to happen in Congo," said 29-year-old Papin, referring to the descent into chaos in the North African country after the 2011 ouster of longtime dictator Moamer Kadhafi. 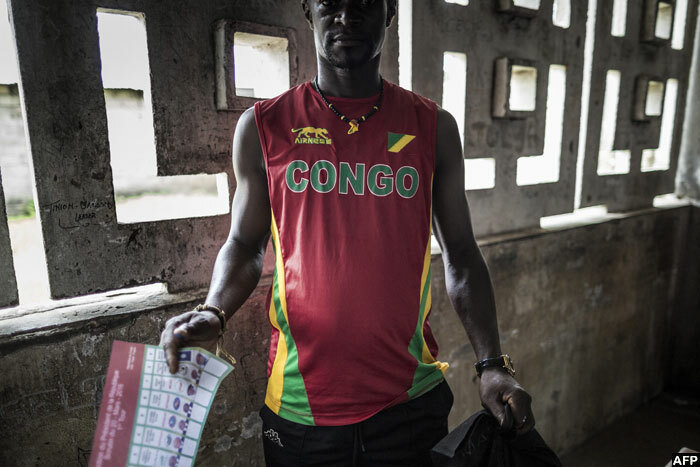 A Congolese voter carries his ballot as he prepares to vote for presidential elections, at a polling station, in Makeleke

"The opposition are dangerous. If we have peace, it is thanks to Sassou," said Fridolin, a 31-year-old economics graduate.

In Poto-Poto, dozens of youths took advantage of a traffic ban to play football in the street in the city centre. There was a visible police presence, notably at checkpoints monitoring vehicles allowed on the road.

In the run-down Makelekele district in the south of the capital, few hid their opposition to the incumbent president. "He won't get 10 votes here," said Raymond, a 56-year-old builder.

Tensions have been running high in Congo since an October referendum when voters agreed changes to the constitution that removed a two-term limit, allowing 72-year-old former paratrooper colonel Sassou Nguesso to run in the election.

The vote also removed a 70-year age limit for the presidency that could have forced one of Africa's five longest-serving leaders to step down.

The changes were approved in a referendum by 94.3 percent, dubbed "a constitutional coup" by the opposition. Even before the vote, protests erupted that left several people dead.

Sassou Nguesso has said he has no doubt he will beat his eight rivals, describing election day as a "penalty kick and then victory". 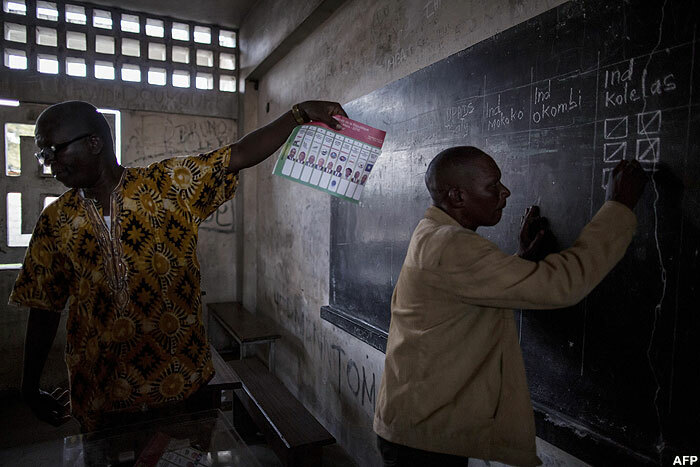 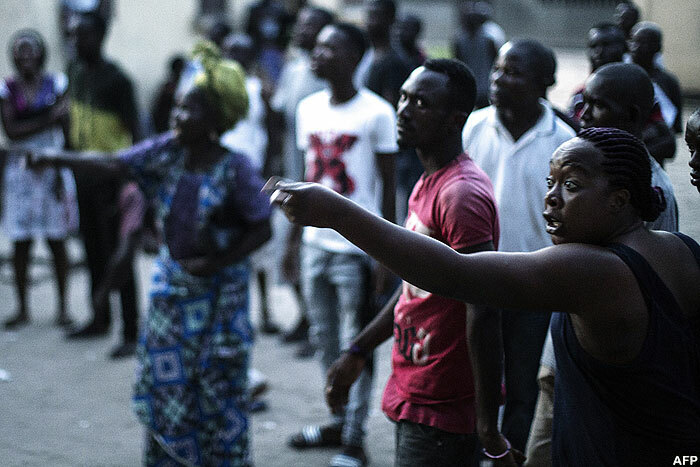 On Friday, five rival presidential contenders -- including former military chief Jean-Marie Mokoko -- signed an agreement to back the strongest candidate among them in the event of a second round vote.

While the Republic of Congo saw growth of five percent over five years through to 2014, with oil and timber providing its main revenues, the country remains in dire straits.

The IMF fears "domestic instability" without progress in the battle to eliminate poverty.

"We're really disappointed about what's happening in Congo," said 20-year-old student Yette. "Most young people have diplomas but no work."

Sassou Nguesso acknowledges there is a problem. His new election platform underlines government efforts in education while noting that "60 percent of graduates without work" qualified at the country's sole university.

The president has told voters he just needs more time.

"Seven years were insufficient to fully make these solutions operational... which is why we need to continue the country's modernisation and industrialisation," reads the new platform.

Sassou Nguesso served as president from 1979 to 1992 and returned to power in 1997 following a civil war. He won two successive mandates in 2002 and 2009, but both tallies were contested by opposition parties.