"It was important to see that everyone, everyone on the bench was pushing us," said Bayern captain Philipp Lahm.

"It was important to see that everyone, everyone on the bench was pushing us," said Bayern captain Philipp Lahm.

MUNICH, March 17 (Reuters) - Bayern Munich's breathtaking comeback victory over Juventus in the Champions League on Wednesday will forge an even stronger bond between the players as they chase a repeat of their 2013 treble, skipper Philipp Lahm said.

The German champions were 2-0 down in the last 16 tie before two late goals, including a 90th minute equaliser from Thomas Mueller, took the match to 30 minutes of extra time during which they scored twice more to secure a famous 4-2 victory.

"This win brings us closer together, it welds us together," Lahm told reporters.

"It was important to see that everyone, everyone on the bench was pushing us. We need the whole squad, every player of the team if we are to be successful."

Bayern lead the German Bundesliga race by two points, are still in the German Cup and Wednesday's victory sent them into the last eight of Europe's premier club competition for a club record fifth consecutive time. 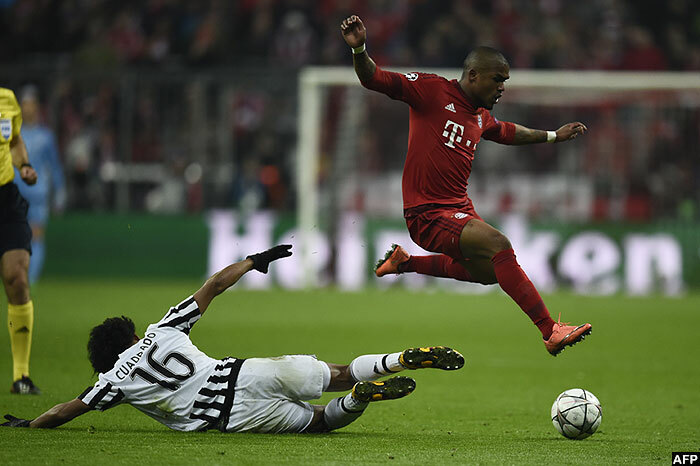 Coach Pep Guardiola is leaving at the end of the campaign after three seasons in charge and is desperate to deliver a Champions League trophy to round off his stint in Munich.

The Spaniard, who had said before the game he was aware of what he would face should Bayern be eliminated, praised his team's never-say-die attitude.

"To score four times against an Italian team when you trail 2-0 is a big deal," Guardiola said.

"It was a great game for everyone. We played last season's finalists and we knew they are a great team."

Juve were left ruing wasted opportunities and a bitter reversal of fortune.

"I am really sorry to have the team eliminated like that," said coach Massimiliano Allegri.

"We played a great game against a team that has extraordinary players. We played with a lot of personality and should have made it 3-0 when we had the chance.

"We should have been more careful with those last crosses but I am proud of my players," he said.

Real men do not revenge after a break up