The director of Public Prosecution, Mike Chibita said that the judiciary faces challenges of witness compromise and backlog of cases

The director of Public Prosecution, Mike Chibita said that the judiciary faces challenges of witness compromise and backlog of cases

Government will soon table the Witness Protection Bill in Parliament, the director of Public Prosecution (DPP), has said.

Mike Chibita said once the bill is passed by Parliament it will be very vital under the criminal justice.

The annual forum organized by Human Rights Centre Uganda under the theme: working towards a better environment and overcome barriers and develop initiatives to enhance the work of human rights defenders.

Chibita said that the judiciary faces challenges of witness compromise and backlog of cases. He explained that most of these challenges were due to lack of laws that protect people or state witnesses in the courts of law.

"There are many instances where the state loses cases due to hostile witnesses or compromises. Some of them fear to come and give evidence on behalf of the state fearing that the public will harass them," he said. 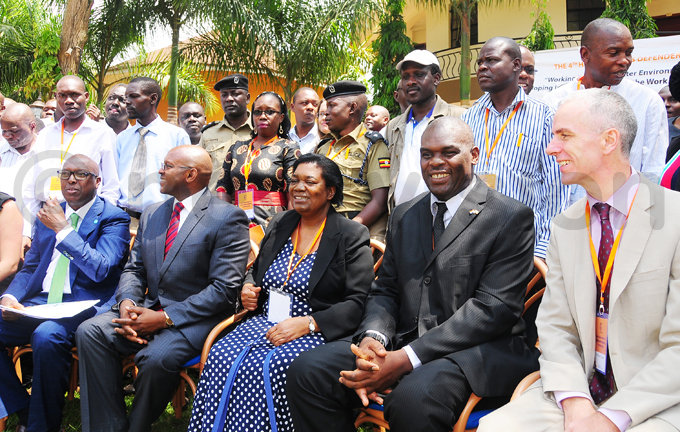 Chibita assured the public that once the bill is passed in the parliament the DPP and Judiciary will be able to expedite their cases and reduce on the backlog.

He cited some cases on average take five years to dispose of, which he said these will soon be reduced to two years.

"It's important that government safeguards human rights defenders in civil society and in the media," he said.

Cronin said that there is need for government to look closely at the cases of intimidation, torture and harassment by security agencies as reports by Uganda Human Rights Commission indicated.

He advised individuals to strive together and become human rights defenders in their own spheres of influence.

"Let us all stand up for the right to point out where human rights are being trampled upon. Whether we are civil society or government its joint responsibility," Cronin said.

He said that the presence of judiciary officials and security agencies in the forum indicates a sign of commitment to justice and protection of rights of human rights defenders in the country.

The executive director of Human Rights Centre Uganda, Margaret Sekaggya said that the objective of the forum is to network and share experiences among human rights defenders.