Teachers say this is a wrong mentality and should be fought

Teachers say this is a wrong mentality and should be fought

In the last concluded general elections, the business community in Pallisa district raised concerns on the rate of voter bribery.  The community complained saying most aspirants were giving out salt, soap and sugar to voters and this was affecting their routine businesses.

James Kafuuma a senior teacher at Mengo Senior Secondary School says that it may be hard to trace the origin of voter bribery but he admits that it has already taken root in schools.

“In Mengo SSS, we abolished the practice of using sweets or biscuits as a way to bribe voters. We realised this method was creating wrong future leaders for this nation,” Kafuuma says.

“Once a candidate is seen practicing any form of voter bribery, we disqualify the candidate,” Kafuuma adds.

Another senior and retired teacher, Peter Tusubira, says such schemes, of voter bribing in school have blindfolded students creating a wrong mentality about leadership and campaigns. It is a bad practice and should never be allowed to thrive in schools.” 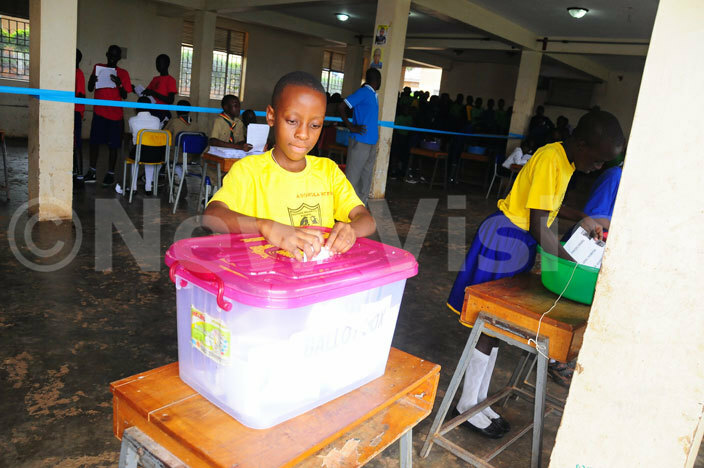 “Leadership comes from God. Using right procedures of electing leaders, guarantees the school and the country of good leaders in future,” Tusubira adds.

Before Tusubira retired from public service, says he would instruct responsible teachers to take up the duty of vetting and deciding who will be a good prefect.

He notes that the act of using cheap monetary should be completely abolished and phased out of the school campaigns.