How Vision Group attracted Ugandans back t...
Next Story

Kawagga and his wife, in the background, being led away by police

At the hour of lunch, according to a neighbour Rose Nakato, her child who had been playing with the deceased returned home to eat.

However for Aksam, his parents did not see their son return for lunch. By dusk the boy was nowhere to be seen. The parents filed a case of a missing person at Mirimu- Ndejje police post on file number SD19/13/03/2016.

The wary parents, Sharuwa Namuguya and Sulaiman Kiwanuka, on Monday morning woke up to inquire if their little one had surfaced anywhere. Aksam would later be found, but not alive. 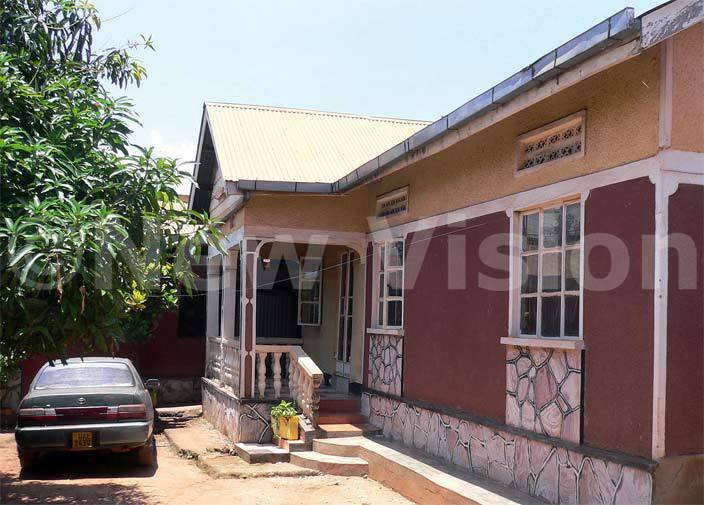 At midday a resident, Ronnie Nsimbi, went to Hannington Kawagga's home to fetch water from a tank. As he waited for his jerrrycan to fill he leaned against a vehicle, Toyota Corona, parked in the compound.

He passingly peered inside the car and saw the body of a little boy lying in the back seat.

Nsimbi made an alarm that attracted residents. The boy's neck appeared twisted and he had foamed at the mouth.

The Police later showed up and arrested Kawagga and his wife. 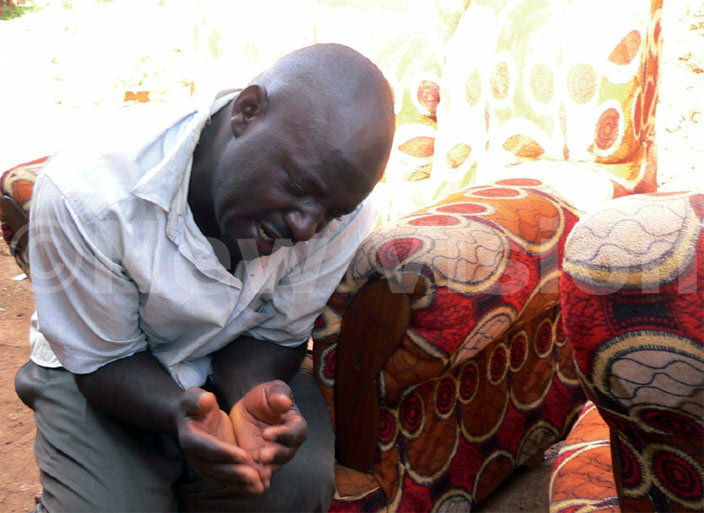 Aksam's father grieving over the loss of his son

On interrogation the couple made contradicting statements. Whereas Kawagga said the car was not in use and its doors would not open, the wife said the doors actually did open.

Alarmed residents also wondered how the little boy had managed to open a car whose doors were always locked.

Kawagga's wife said there was foul play, claiming the boy must have been murdered and his body put in the car.