Students lining up to cast their votes. Pictures by Alfred Byenkya

Commission spokesperson, Ndamwesigwa Ian, says voting began at 8:00am in the morning and will end at 5:00pm. An election officer marking the thumb of a female voter who has justed casted her vote. Picture by Alfred Byenkya

He further noted that the exercise is going on smoothly and materials were delivered on time. "We expected to the end voting at 5:00pm, tally and announce results by 8:00pm in the evening," he added.

The voting is taking place at the different colleagues. 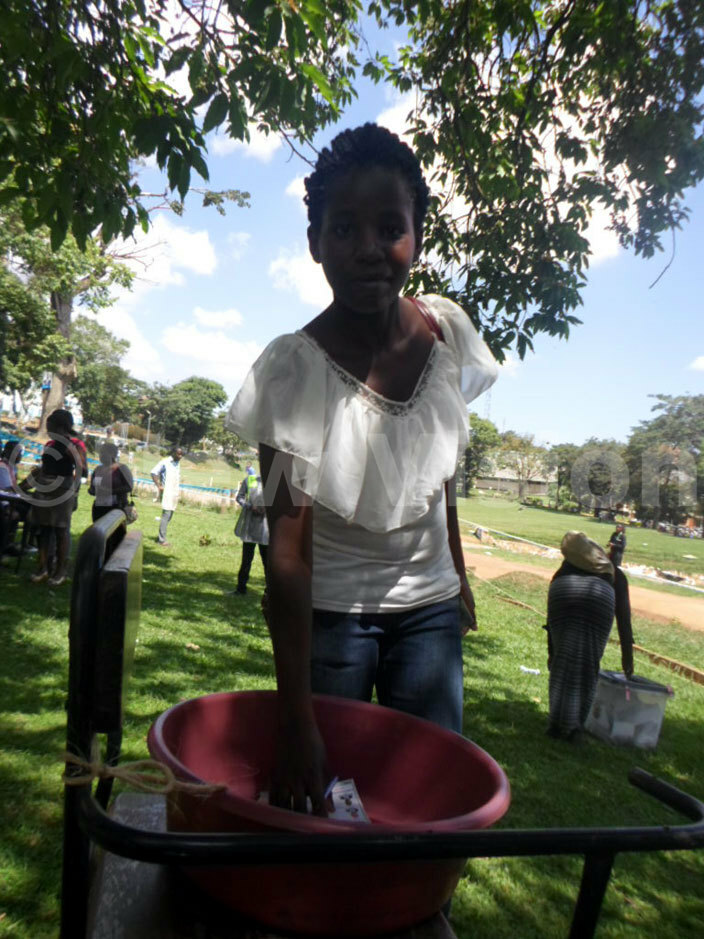