I use Museveni's tactics in music - Bebe Cool
Next Story

The status quo in the Ugandan hip hop industry

“There is no denying that hip hop’s influence in Uganda has grown and will continue to grow,” says I-am Enygma.

Though living in the US at the moment, GNL Zamba is credited for singehandedly elevating the media profile of the Lugaflow movement

“There is no denying that hip hop’s influence in Uganda has grown and will continue to grow,” says I-am Enygma.

Babaluku, a Ugandan hip hop purist contends that the aforementioned songs mock and desecrate the true essence and fundamentals of the hip hop art form, which call for veracity, not only in  song subject matter but also in flow, song structure, imagery, word play, beat and delivery.

"A basic hip hop song may strike a chord with many but in a real hip hop sense, it remains just that, basic. The problem is that such run of the mill songs end up overshadowing the real good hip hop songs that speak to the true essence of the art form. 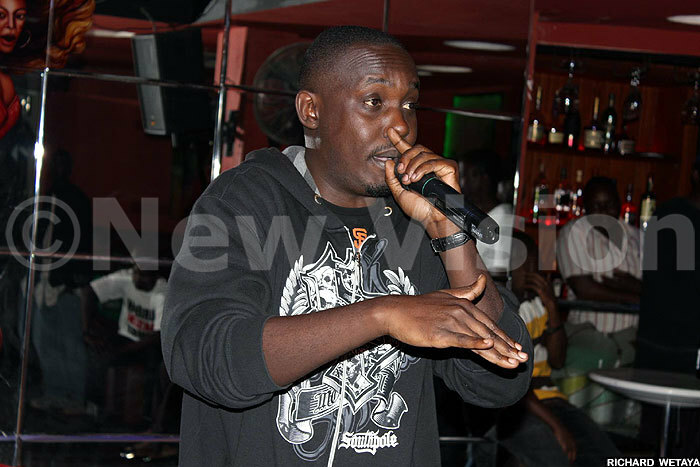 "First off, no song from Gravity Omutujju should ever be labeled as a hip hop song or an afro beat hip hop song. There is nothing like afro beat Hip Hop. This year's Hipipo's music award organizers again got it all wrong by giving him and Kamenya a nod in the best Hip Hop song category. Fortunately they did not win," Ronald Odongo, a dedicated Hip Hop Blogger, argues.

That said, many experienced hip hop pundits are optimistic about the future of the genre in Uganda.

"There is no denying that hip hop's influence in Uganda has grown and will continue to grow," states I-am Enygma, a rising hip hop artist renowned for wearing ski-masks at performances.

"The future is Hip Hop. All these other musical genres will ultimately fade out and Hip Hop will take center stage," states Keko one of the few female rappers consistently pushing the Hip Hop envelope in the country.

The steady progression in the Ugandan hip hop industry has principally been down to the unwavering hard work, imagery and dedication of artists, such as Navio, Atlas, GNL, Lyrical G, Big trill, Babaluku, the Mith, Mulekwa, St Nellysade and Keko.

For starters, Uganda's hip hop scene started in the mid 90's. Most of the aforementioned artists with the exception of Keko, Big Trill, Mulekwa, St Nellysade and GNL were the fountainheads of the genre and the subsequent Uganda hip hop subgenres such as Luganda rap (Luga flow)-Babaluku) and English Ugandan hip hop (Uga flow)-Navio. 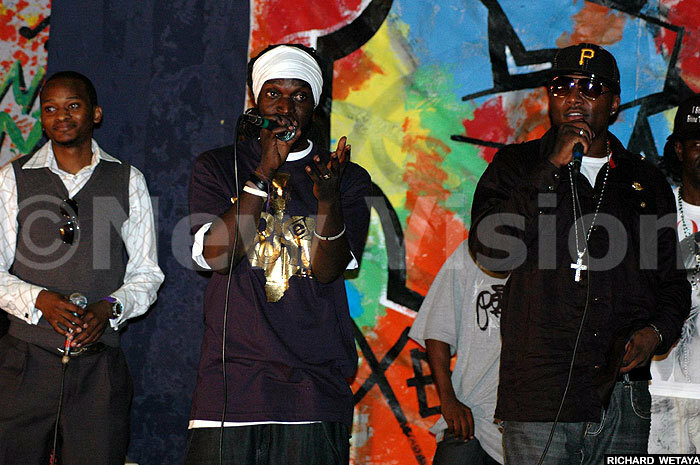 Babaluku speaking at one of his hip hop activism workshops recently

That headway Ugandan hip hop has made through the years has however not come without its minuses.

In Babaluku's brass estimation, there are too many rappers, speaking out in the name of hip hop, yet they have failed to exhibit their impact beyond their hit singles and accolades.

"Usually when you say hip hop in Uganda people only think about rapping. They never explore hip hop beyond the music. Hip hop is a transformative vehicle which has proved to be a pervasive grassroots phenomenon, born out of the community, with immense local and global impact. The youth today have lost connection with the roots of hip hop.

Even as we speak, politicians such as Bernie Sanders who is pitted against Hillary Clinton in the race for the Democratic ticket in the United States is courting the Hip Hop community for support..

Babaluku explains that little value is placed on Hip Hop elements such as education, information, self identity, unity, vision, community and strategic planning in Uganda.

"There is beauty in the transformative power and liberating education found within hip hop. Many young people have however ignored these. There are however those who cognizant of this and are awakening their voices, hearts and souls to serve their communities. The Bavubuka Foundation group in Namasuba for example has been creating spaces and educational programs that nurture and empower a new generation of young leaders in Uganda," he says. 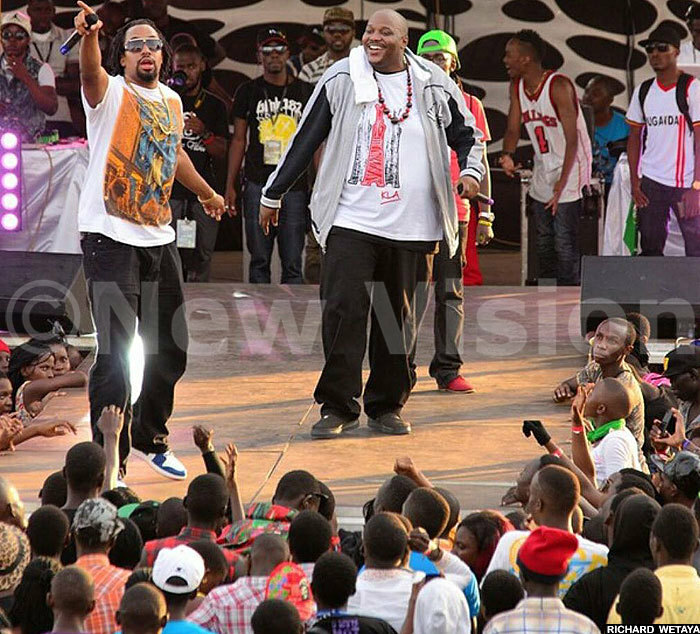 Whilst many agree that both the Ug-flow and Luga flow subgenres have substantially pushed the hip hop envelope, there are still concerns that few hip hop artists are breaking the mould and innovating, content wise, production wise and in terms of elevating on their lyrical depth.

"People like Navio, Lyrical G and Atlas have blazed an exemplary trail with the quality of their lyrics and production but  there is still a slur being cast on the hip hop genre with the many subpar songs being played on the radios," notes Battte M.C Nes G, an award winning Ugandan film maker.

Lyrical G, a legendary figure in his own right, blames the current trend in Ugandan Hip Hop on complacency and artist intransigency.

"There are too many hip hop artists in Uganda who think they are indispensable and who think they are built for the game, yet they can not even hold down a song on their own, whether it is in terms of content or delivery," he rationalizes.

"Whilst some of our rappers have a gift of gab, their lyrical content is devoid of any memorable substance. Good and thought provoking content makes one's lyrics deeper. I would never take Mun G and Gravity serious for example, despite their resonance with the low common denominators. They both personify some other genre but not Hip Hop," Odongo says. 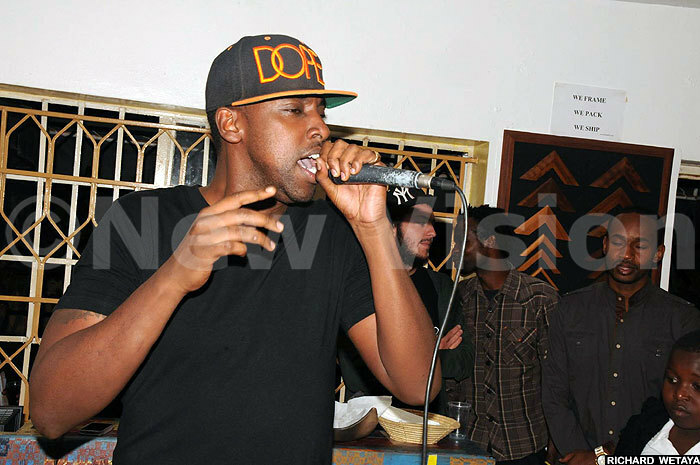 Atlas the African performing recently. He is considered a lyrical thouroughbed by many of his fans

There are a number of skilled Ugandan hip hop artists, who are an exception to the argument here however.  Sulfuric, Pl@y, Atlas the African, Cyno M.C, Kedford, Big Trill, Ruyonga, St Nellysade, Iam-Enygma, Mulekwa, are just a few, in  a pick of the bunch.
With their flair and skills, it is safe to say, there will be, by every long shot, a positive trajectory in the Ugandan rap industry in the next few years.

Sulfuric, Pl@y, Kedford and Cyno M.C, seem to have taken back seats in putting out new music but the likes of Ruyonga, Atlas, Iam-Enygma, St Nellysade and Mulekwa have been busy, consistently releasing new music.

Last year for example, Ruyonga released his acclaimed "Glory fire" album. The album had great songs like Ride and Empisa. Atlas the African put out quite a number of songs such as "Ahh Ahh Ahh" featuring Chameleon. The song is nominated for an award in the best hip hop song category, in the Hipipo awards. He also released a gem in the Lillian Mbabazi featured single, entitled "New day". 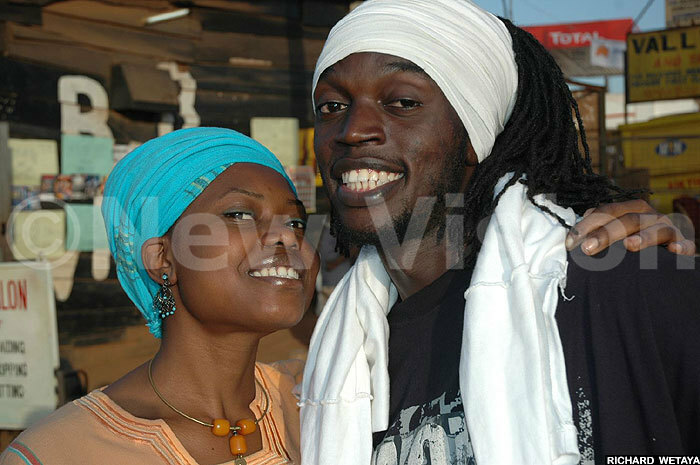 Iam Enyma on the other hand released his third mix-tape entitled "The Enygma Machine".

The "Who killed Hip Hop" song very much addresses the very gist of this story. The song is currently getting major air play on Kampala's urban Fm stations.

THE NEED FOR UNITY

"Ugandan hip hop artists need to work together more. There is strength in numbers. There should be no arguments about what languages people want to rap in. If rapping in one's local language is a trump card, one should follow that.

"Part of the reason why Ugandan hip hop is not getting enough airplay, corporate sponsorship and favourable media attention is because we are disunited. Too much time is spent on line spewing negative energy at each other on line. That is counterproductive," Lyrical G argues.

Keko's recent post on facebook about a lack of media support, in a way, chimes in with Lyrical G's analysis above.

She posted "Only in Uganda is where the media hates on talent. Wonder why you have no exports? The fire is put out by the people supposed to feed it". 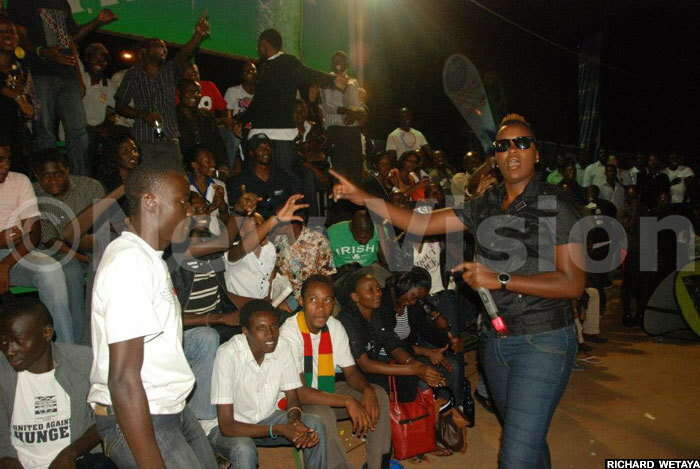 Keko, seen here performing at an event in Wandegeya, has been hailed for her lyrical finesse

As if to echo Keko's howling, I-am Enygma cast light on the lack of media support on the recent "Who Killed Hip Hop" collaborative track with Mulekwa. On it he rhymes "The media shows the whole industry disrespect. Calling rappers wanna be's.  They don't play us on their stations. I quess it's only cool if you wanna be Jamaican" he rhymes.

Hip Hop in Uganda is not really known for its financial viability and its return value as a genre but it does not mean its core principles should be compromised just on account of one conjuring up a radio hit and getting some media buzz.

The means artists such as Mun G, Santana, Young Zee, Don M.C, Gravity, etc using it to make an end is not right but again, they may argue its different strokes for different folks.

At present, there are many hip hop upstarts trying to emulate the clichéd and simple minded song making approach that the likes of Mun G and Gravity have embraced.

"There is too much elementary song subject matter out there. Many young rap artists need to grow up in terms of lyrical content. What we are going to witness in the next few years is a lot of new rappers, jumping in on the gimmickry bandwagon.

"Everyone will want to tap into that niche.

"The more popular musical genres like afro beat have not been spared that copycat syndrome. While it is not something we cordon, it is inevitable that it is going to happen. Matter of factly, it has happened already. Victor Kamenyo is a case in point," Lyrical G explains. 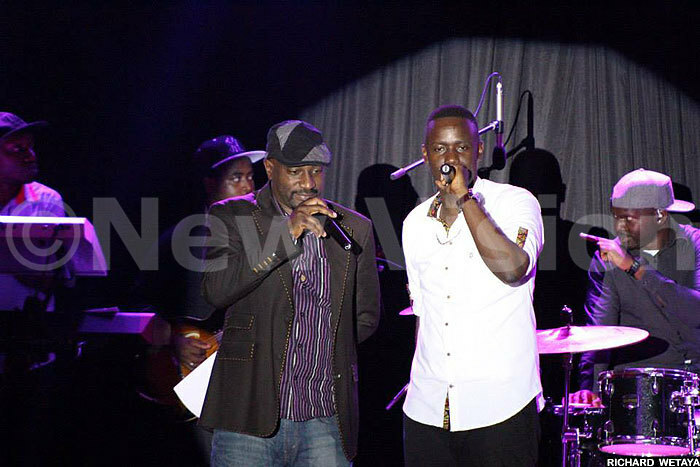 Ruyonga (right), seen here performing at the Glory Fire Experience, is held in the highest of regards by his peers for his stand-out rap skills

"Most artists just say words over beats and forget to apply a thought in how to marry the voice, words and message to the instruments. The gullible Ugandan fan will fall for it but such songs never stand the test of time and they easily sink into oblivion," Kibuka states.

For Babaluku, it is either one embraces the fifth element of Hip Hop (Knowledge of self) or they completely eschew Hip Hop as their preferred art form.

"The objective of most young folks doing hip hop today is to make profit off their music. Whilst that is a given, does it make sense to disrespect what you claim to love. Lots of our young artists are deluded, thinking Hip Hop is all about putting words together on a beat or saying satirical stuff just to get people to laugh or to like them.

"Hip Hop in its purity calls for a level of consciousness. You have to put out music that makes the listener lay to heart real issues, be there societal or experiential. That is what earns you respect. It may not be the right formula to get one the fame, the money and radio spins, but at least, it preserves one's integrity and loyalty to Hip Hop," Babaluku argues. 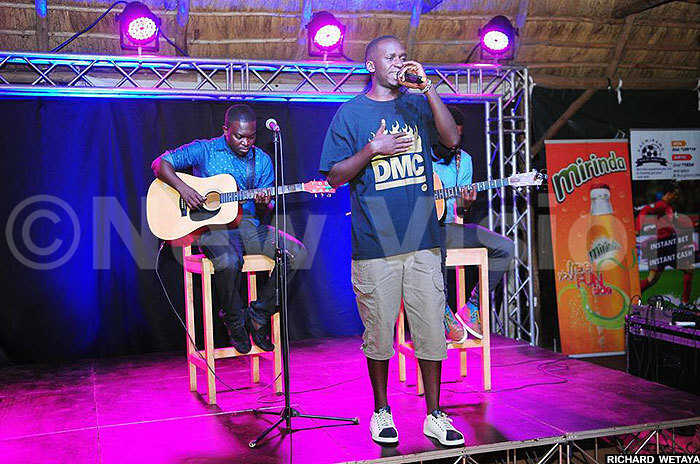 St Nellysade is one of the new stand-out acts in the Ugandan hip hop industry. He built quite a big following amongst young people

Whilst radios like Hot 100 and Touch F.M have done much to give Ugandan Hip Hop leverage and shine, there are those who feel, the aforementioned radios have of late, instead given a platform to bubblegum rap songs that deride the genre.

"The guys at Hot 100 have done a commendable job in putting Ugandan hip hop on a strong pedestal and giving it the shine it deserves. They started out strong but have lost their spark in recent years.

"The hip hop they give rotation on their radio these days is not really the type that conforms to what I would describe as real. Most cases I hear songs replete with money making and skirt chasing talk. That for me is not staying true to the fundamentals, so what I do is I listen to my own collection of rap songs on my laptop," Odongo concludes.